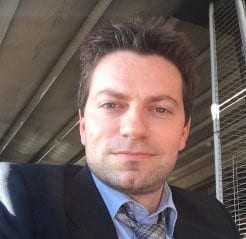 Netze BW GmbH is the largest distribution system operator (DSO) in Baden-Württemberg, which is the third-largest state in Germany. Netze BW is responsible for high-, medium-, and low-voltage networks across the state. Its power lines stretch over 100,000 kilometers (more than 62,000 miles), and like all power utilities, it faces a constant challenge of monitoring, inspecting, and maintaining the network.

Without rigorous asset inspection, the utility cannot ensure a stable, secure, and safe supply to customers. However, detailed inspection over such a large, disparate area is extremely resource intensive, which creates a tension with the need to control operational costs. Historically, Netze BW has struck a workable balance in this respect; however, times are changing for DSOs.

The Challenge: A Time of Transition

The traditional approach to inspection has been to deploy teams of engineers to manually inspect assets, traveling around the state and climbing utility poles—a job not without danger. This process has been expensive but workable.

However, the landscape for DSOs is changing rapidly. For one, the renewable revolution is well underway, which means far more small- to medium-sized distributed energy resources (DERs) are connected at the distribution level. This turns the traditional topography of the grid on its head.

Power generation was almost exclusively large, centralized, and connected to the higher voltage transmission network, which then transported power to the various distribution networks. Now, DSOs are seeing increasing DERs (such as solar panels, small wind turbines, and electric vehicle chargers) connect directly to their networks—a growing trend that puts extra strain on the grid and therefore heightens the need for detailed, widespread inspection. At the same time, utilities are looking to digitalize and decentralize to facilitate better, faster, fact-based decision-making in response to this new operating environment.

Mario Gnädig, project manager at Netze BW, described the ongoing challenge of “carrying transformation within the company down to the very last part of its decentralized organizational structure, taking all employees with them. In Germany, as in many other countries, we are experiencing a radical change in the distribution network, which is largely due to the energy revolution. The days of long planning horizons are over, and we must be able to react ever faster to changes in the grid and connected prosumers. This is not only a technical challenge, but also fundamentally revolutionizes the way employees work.”

The Solution: A New Approach to Asset Inspection

In the summer of 2020, Netze BW embarked on a pilot project with Sharper Shape, a company taking a digital-first approach to asset inspection that promised to greatly improve inspection efficiency and contribute to the utility’s broader digitalization plans. Stage one was in-field aerial inspection using drones mounted with high-definition cameras. By using drone photography, not only is it much quicker to capture information about a given pylon than sending a human up a ladder, it also reduces personnel risk by keeping them on the ground and made light work of inspecting previously inaccessible locations.

Gnädig commented: “We were impressed by the ease with which we could use the drone flight-planning software to fly a drone largely independently around the high-voltage pylons, and to automatically generate and visualize images of the objects on the pylon without extensive pilot knowledge.”

Simply by introducing drone-based data collection, inspection teams immediately gained the ability to cover much more of the network in a given timeframe, easing the burden considerably. However, the bulk of the value in Sharper Shape’s system was in the software platform used to analyze the captured data, Sharper CORE.

The system automatically takes the data and applies artificial intelligence (AI) and machine learning algorithms to plan and prioritize maintenance and future inspection in order to make the most efficient use of resources, as well as aiding wider digitalization efforts by mapping and standardizing data across the network.

For Gnädig, there were clear criteria for whether the project would be counted as a success. “First and foremost, we want to use modern technology to provide support for our colleagues in the field. It’s extremely important not to increase their workload with another tool, but to create real simplification. To achieve this, we strive for a high degree of digitalization and automation,” he said.

The software allowed easy, intuitive navigation between inspection objects, with data formatted in a standard fashion so that it can be easily shared in the future with other departments within the utility. Users benefitted from advanced data visualization within the platform, which gave context and made the data understandable, helping to increase efficiency and reduce errors.

Gnädig sees the value in expanding the approach throughout Netze BW’s network: “A company-wide rollout would mean higher safety standards in our operations as well as a high degree of standardization of documentation and data quality—something that has typically been difficult across our different grid regions. In addition, the improved data availability would enable more complex analytics topics such as dynamic inspection intervals, error dependencies on other parameters such as weather, etc., and better information situation on each site for crews.”

Digitalization takes many forms across a distribution grid, but data gathering via advanced asset inspection techniques can both revolutionize power line inspection regimes themselves and bleed into other departments to add value throughout the organization, such as in grid planning or emergency response. Tying this all together with powerful software and analytic technology is the key to making the most of the data and ensuring that tools—as Gnädig stipulated—make employees’ lives easier and processes better, rather than adding another layer of complexity.

In fact, he sees a future where “AI is essential when it comes to discovering complex and unmanageable connections from different sources. AI will not be an end in itself—it will not abolish jobs—but AI will help us to work even better and will be our tool to handle unimaginably large amounts of data. We will leave the hype behind and use it as naturally as a calculator or a pencil.”

—Markku Koivisto is vice president of sales at Sharper Shape.