Does your business have a communications plan to deal with a catastrophe? The lack of one could cost your business its corporate reputation and the value of your shares on the market.

Everyday business communications—talking to customers, stakeholders, employees, the media, the financial community, and even to other corporate leaders—is an ongoing challenge. But that challenge ramps up considerably when there is a corporate crisis that requires an immediate response in a chaotic communications environment.

Consider the nuclear meltdown at Three Mile Island Unit 2 (TMI-2) in March 1979. As Sam Walker, a Nuclear Regulatory Commission (NRC) historian, described the immediate aftermath of the TMI-2 accident, communications among federal and state officials and the public were simply awful. Wrote Walker, “The information available was sketchy, and communications with Three Mile Island remained abysmal.”

As the event unfolded, communications with the information media were atrocious—filled with errors from the regulators and misstatements and outright lies from the utility. The utility ended up with essentially no credibility with the media and, as a result, the public. The company’s stock price tanked. It took years to figure out exactly what happened at TMI-2, how serious the problems were, and who was to blame.

Sure, it was a unique event. But the utility company dug in its corporate heels for months to prevent information from emerging, making understanding of the accident and its consequences far less clear and timely. That company, General Public Utilities, no longer exists—arguably a market judgment of the company’s response and a reflection of the importance of transparency in managing power plants.

According to a new book (Crisis Management Guidebook, Vol. 3—a compilation of articles from PRNews), being prepared for managing the public relations and communications aspects of a crisis is more relevant today than ever before (TMI-2 in 1979, Chernobyl in 1986, Enron in 2001, Bear Stearns in 2008).

The book cites the 2009 Edelman Trust Barometer, a somewhat crude but useful measure of trust among “global elites.” According to the most recent Edelman analysis, “Trust in business plummeted to its lowest level in 10 years, with 62% of respondents globally claiming to trust corporations less than a year ago, and a staggering 77% agreeing with that sentiment in the U.S. When asked if they trusted U.S. business to do the right thing, only 38% responded affirmatively, down from the 58% who did so last year.”

There are reasons to take these poll results with a skeptical grain of salt. The sponsor of the poll, a major public relations firm, surely hopes the results will generate more business for its PR practice.

But the results are instructive. They point to a need to bolster public support for essential businesses during a crisis. Companies that generate power or distribute it, or both, need to be aware of the problems of crisis communications. As the PRNews book points out, it is crucial to develop a crisis communications plan in advance of a catastrophe, in order to figure out how to respond when the stuff hits the fan.

A Recent Example of Failure to Communicate

The most recent example of how not to respond to a crisis may be the Tennessee Valley Authority’s (TVA’s) coal ash pond failure. TVA has a long history of not being able to respond to a PR crisis, and this ash pond failure is the latest example. The agency, part of the federal government, has long been defensive, secretive, and disdainful of its public information obligations. It has no shareholders and is entirely beholden to customers and taxpayers. TVA touts that as an advantage, but the agency’s history suggests that its structure is a way to avoid public scrutiny. But it attracts public scorn when things go wrong.

When the TVA waste dam holding back a semi-aqueous lake of coal ash failed last December, inundating a large portion of the local community, it set off hyperbolic reporting in the daily and monthly press. It was clear to many veteran journalists that the New York Times was hoping to use its reporting on the ash spill as a launch-pad for journalistic awards. That was not surprising, given the high profile of TVA and its history of arrogance and obfuscation on environmental issues. 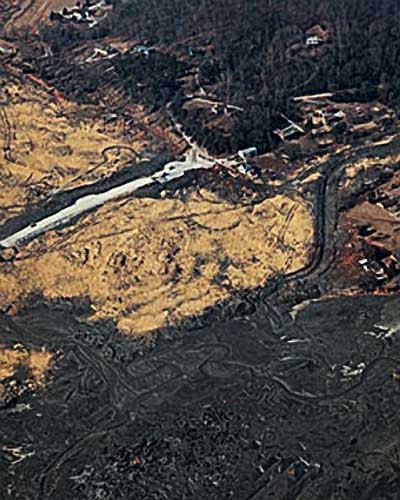 TVA insisted in the 1970s that it was not subject to Clean Air Act rules, because it was a federal agency. In the 1980s, the NRC closed down the agency’s entire fleet of five nuclear power plants because TVA thumbed its nose at NRC regulations. The plants were shut for years.

In response to that history, TVA, in the 1980s and 1990s, pledged to improve its regulatory attitude. For the most part, that happened. The agency’s generating plants complied with federal standards. Its nukes dramatically improved safety and efficiency standards as the NRC allowed them to restart.

But the traditional responses returned with the ash spill. My old friend John Moulton, TVA spokesman, was caught goofy-footed when the ash dam failed. He tried to defend the agency, but it was clear that TVA had no communications plan for how to deal with such a crisis. The agency didn’t anticipate that ash ponds were a potential danger and hadn’t thought about what would happen if an ash dam failed, either in engineering or communications terms.

Veteran reporters on coal issues suspected that the general press coverage of the ash pond failure was overblown. That was the case. Its public health implications were slim, according to many analyses, but it was a large, visible, and easily scary event.

TVA did little to deflect the coverage and point out the hyperbole in the press accounts in time to make a difference. Ultimately, the Obama administration made the TVA waste pond failure a hook for more regulation from the EPA, which may not be justified by the facts on the ground.

If TVA had perused the PRNews book, it may have anticipated the essential problem—what are all the things that can go wrong with our power system, and how can we respond to them?—and had a plan in place to deal with the issue (as part of a generic round of issues). It’s not obvious that TVA would have identified the ash pond failure as a potential problem, but it might have. The mere exercise of thinking through PR-disaster planning may have helped the agency respond.

The PRNews guidebook may have helped TVA cope with the onslaught of coverage. It could have directed the giant public power agency’s walk through the various aspects of identifying potential communications flash points that come with generating and distributing electricity. The key message of the book—written by PRNews staff and outside contributors—is that it is crucial to look at all of a business’s processes and try to identify how to respond if they mess up or fail. It’s not an exact science, but it is a management exercise worth the cost.

One of the most useful chapters of the book focuses on how to motivate employees during a crisis and how management must respond to its workforce. This is particularly important at a time when companies are laying off workers during the economic recession and facing increasing threats from whistleblowers and outside challengers. A crisis in these circumstances will be an even greater management challenge.

Billie Blair, CEO of Change Strategists Inc., in her chapter, “Why Motivating Employees to Take Action Is Critical,” says that during a crisis “management will close ranks in an attempt to shield employees from unpleasantness and prevent panic from spreading. Employees, on the other hand, readily sense anything unusual going on in the organization and can quickly determine chaos in the air. Because there are numerous markers for a company’s crisis management mode, employees can readily identify these markers.” In more direct words, employees can smell the rotten management fish.

The best way to deal with employees in a crisis, says Blair, is to let it all hang out. She writes, “The unfortunate circumstance of modern-day management is that employees are rarely informed and consulted on ways to extricate the company out of crisis. Therefore, management most often tries to dig out of the crisis on their own, giving subtle hints along the way of what it is that is needed from the company’s employees. However, subtlety does not work in a crisis. It takes head-on engagement of management, the board of directors, and employees, to successfully counter crisis.”

The business communications bottom line is that companies should have crisis plans in hand. They should think ahead about what awful things could go wrong, and how they would plan to respond, including how to involve their employees. Even if nothing goes wrong, crisis planning is probably a useful exercise and worth the expense, because PR shucking and jiving in a bad event (TMI-2, for example) costs a lot more in the end than a positive planning exercise.

The Crisis Management Guidebook (Access Intelligence, Rockville, Md., 2009, $399) is a required resource for business communications and human resources professionals in power generation businesses. A disclaimer is needed here. Both PRNews and MANAGING POWER are owned by Access Intelligence of Rockville, Md., although neither has any publishing, editorial, or business connections with the other.