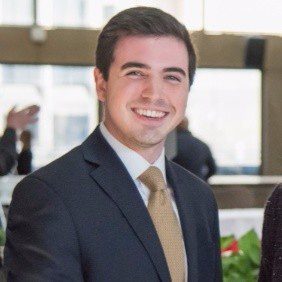 For the growing U.S. hydrogen industry, the Inflation Reduction Act (IRA) is transformative. Today, nearly all hydrogen is produced from fossil fuels to be used as a chemical feedstock and for refining—emitting carbon dioxide in the process. Recently, thanks to state incentive programs, federal funds, and voluntary corporate commitments, clean hydrogen has been gaining ground in the U.S. for applications such as commercial transport, backup power, forklifts, and other large emerging applications at the pilot stage. Programs defined within the IRA will create a sea change: by subsidizing each step in the hydrogen value chain, the IRA snowballs the industry’s recent momentum and unlocks a much wider array of clean energy opportunities.

There are several big wins for industry hopefuls: a much-anticipated hydrogen production tax credit (PTC), $5.8 billion in direct grants for decarbonization of large industrial facilities, additional funding for the Loan Programs Office (LPO) in the Department of Energy (DOE), a standalone storage investment tax credit (ITC) for which hydrogen storage is eligible, and new credits for key hydrogen end uses such as clean fuels production and clean heavy-duty vehicles.

While hydrogen produced from natural gas using carbon capture can also qualify, the higher carbon footprint likely reduces the PTC’s value to only $0.60/kg, allowing for production costs of $0.80/kg to $1.70/kg. Over the coming years, increased deployment of hydrogen electrolyzers and supply chain industrialization is projected to drive reductions in project costs for electrolytic hydrogen, leading to even lower production cost.

The legislation also subsidizes potential hydrogen end uses through an infrastructure decarbonization program, and new credits for clean transport fuels and heavy-duty vehicles. Much like the $8 billion hydrogen hubs funding program from the Infrastructure Investment and Jobs Act, the IRA establishes a $5.8 billion direct grant program for decarbonization of large industrial facilities through a 50-50 public-private cost sharing structure. This program aims to decarbonize the production of iron, steel, concrete, chemicals, and other “hard to abate” industrial sectors; these will be key applications for hydrogen deployment. Because industrial consumption is difficult to electrify, in part due to high-temperature heat requirements, hydrogen can be an attractive alternative.

Establishing the U.S. as a Leader in Hydrogen

The effects of IRA programs will reach beyond the country’s borders, paving the way for the U.S. to become the market of choice for developing hydrogen production at scale for large global players. As increased deployment reduces cost of production, U.S. green hydrogen can be positioned as the most competitively priced hydrogen in the market and establish the U.S. as a leader in the emerging global trade of hydrogen energy carriers such as methanol and ammonia. These products are considered essential for the energy transition by large import markets like Japan, which plans to convert all coal-fired power generation to ammonia by 2050, and South Korea, which aims to use a hydrogen mix in all gas turbines by 2035 and an ammonia mix in all coal power stations by 2030. Spurred by this competition, other countries with hydrogen ambitions may develop schemes of their own to prioritize domestic production and compete at this new price point.

To be clear, this future is uncertain. Key questions around regulation and rulemaking need to be clarified to provide certainty to developers and off-takers:

By providing clarity around these items, regulators and market players can help realize the ambition of the IRA and unleash a wave of clean energy investment in the hydrogen industry.

In addition to these critical regulatory developments, now is the time for companies and investors across the range of energy, industrial, and transport sectors to carefully assess the market risks and business prospects from incorporating clean hydrogen into their investment strategies and take advantage of the opportunities ahead.

—Sean O’Brien is an energy and utilities expert at PA Consulting, focusing on how emerging technologies and the role of natural gas will affect opportunity in the energy transition.