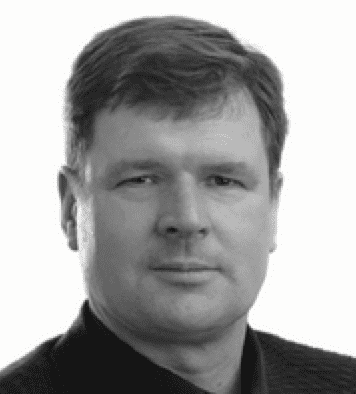 Accelerating the transition toward low or net-zero carbon emissions is necessary to keep global warming at theoretically safe levels. In line with the U.N. Framework Convention on Climate Change, countries have been setting goals for net-zero greenhouse gas emissions by the middle of the century, with intermediate objectives and milestones by the 2030s. Corporate sustainability initiatives and government regulations that promote net-zero carbon emissions are increasing and many of America’s largest companies have established their own, more aggressive net-zero targets.

One of the fastest and perhaps most economical ways to ensure decarbonization is by using clean energy sources such as electrical power at the consumption point and moving toward renewable energy sources at the generation point.

Battery chemistry and technology, including industrial electrification, will be discussed at POWER’s Distributed Energy Conference, October 3-6 at the Gaylord Rockies resort near Denver, Colorado. There’s still time to register for the event!

Within motive power applications, the penetration of lithium-ion battery systems is relatively low but is growing fast. Motive power segments include industrial material handling (MH) equipment, such as forklifts (Figure 1) and cargo handlers, and industrial lift equipment, such as scissor lifts and electric utility bucket trucks. This equipment finds applications in power plants and related grid infrastructure (i.e., the maintenance of power lines).

From 2026 onward, the California Air Resources Board (CARB) ban of sales of all new ICE forklifts with a lift capacity of 12,000 pounds (or less) is expected to come into effect. Currently the legislation is in proposal stage and not yet in effect. Phasing out of ICE forklifts from the installed base is also part of this proposal and still under development. This legislation will impact the direction of MH equipment industries, not just in California but across the nation. Given the lifespan of MH equipment is from 5 to 10 years, purchasers of MH equipment are shifting their purchases over to electric forklifts with lithium-ion battery systems, thus ensuring greater momentum and earlier compliance with this industrial electrification trend.

Electric utilities generally own a fleet of trucks that mainly include bucket trucks (Figure 2) or troubleman trucks—so named because they are used by troublemen, experts who are dispatched to investigate the causes of power outages. Electric utility bucket trucks are used to put an operator or linemen up onto a pole for repairing or maintaining utility lines. Electric utilities, as part of their clean energy initiatives, are transitioning to hybrid-powered bucket trucks with the boom and bucket being powered by electric battery and the truck being powered by ICE.

Lithium-ion battery systems are a preferred choice over lead acid batteries to power the bucket. This advanced lithium-ion auxiliary power system allows linemen to operate the bucket without running the engine all day and provides enough charge for nearly a full day of work, including powering the hydraulic lift system, power tools, and portable worksite power. The batteries also allow the trucks’ air conditioning, lights, and two-way radios to be operated while the engine is turned off. Without batteries, the lift’s hydraulic system would be powered by the truck’s engine, requiring the vehicle to idle during operation. On the way to and from job sites, the battery system is recharged from the engine alternator. It also charges in the garage without the need for specialized charging equipment.

These hybrid bucket trucks are more energy efficient as they cut down on hours of idling, thus reducing carbon dioxide emissions, noise, and engine wear. This system allows troublemen to fully shut down the truck’s engine while working on a line, making the trucks safer, quieter, more fuel efficient, and better for the environment. Also, elimination of engine noise makes working conditions safer, improves worker communication, and enables a quieter job site operation. A standard bucket truck’s engine uses about a gallon of fuel every hour that the bucket is in use. The new hybrid trucks are estimated to save about 30% on fuel. Reducing idling by only 15 minutes per day per vehicle, for a fleet of nearly 6,000 vehicles, saves about $1.2 million annually in fuel costs. It also reduces emissions by an estimated 1.3 tons of particulate matter, 21 tons of nitrogen oxides, 26 tons of carbon monoxide, and 3,800 tons of carbon dioxide each year.

California regulators are awaiting approval from the Environmental Protection Agency (EPA) for the Advanced Clean Trucks (ACT) legislation that will require vehicle manufacturers to sell a certain percentage of zero-emission trucks starting in 2024. This legislation will help California meet its climate goals and clean up the air in the state’s most disadvantaged and polluted communities. Electric utility bucket trucks are expected to be covered under ACT rule adoption. This has led to the recent emergence of the nation’s first all-electric bucket truck with two separate electrical systems providing power to the drivetrain and the lift.

Lithium-ion batteries offer great savings compared to lead acid when you consider the Total Cost of Ownership (TCO). Though the upfront cost of a lithium-ion battery is higher, the return on investment (ROI) is attractive by achieving greater operational efficiency and lower TCO, with below listed op-ex improvements:

In line with the op-ex improvements, using lithium-ion batteries achieves the following capex improvements when using MH equipment as well:

IoT connectivity enhances fleet management by remotely monitoring the assets and providing real-time visibility with the help of data acquired from these assets via an IoT gateway. IoT connectivity aids fleet managers in improving asset utilization and operations efficiency and enhancing the lifetime of the asset, thereby reducing both the op-ex and capex of their operations.

—Jeffrey VanZwol is chief marketing officer for Green Cubes Technology, a Kokomo, Indiana-based designer and manufacturer of lithium power systems with offices around the globe. More info at www.greencubes.com.