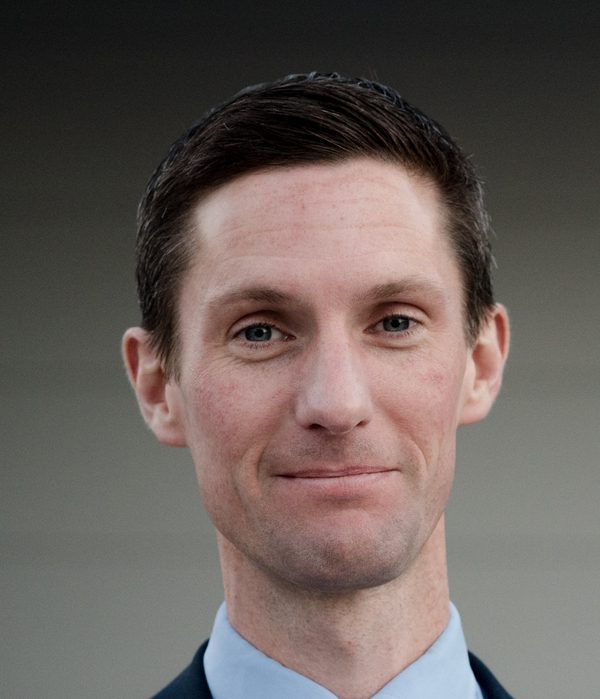 As a clean and renewable power source, wind offers massive potential for alleviating some of the growing challenges that countries worldwide are looking to address through the development of new forms of energy generation. At ABB, we look at how developments in electrical system design are helping to turn wind into a major source of electricity generation.

A growing realisation of the need to diversify their energy bases is leading countries worldwide to consider new forms of power generation. A combination of environmental, economic, and geopolitical factors—not to mention a growing awareness of the importance of sustainability amongst the younger generation—is seeing a steady shift toward renewable sources as a means of providing the power needed for everyday life.

One such source is wind power. As the world’s second-biggest renewable energy source after hydropower, wind power accounted for more than 6% of global electricity generation in 2020, providing 743 GW of global capacity, with 93 GW of extra capacity added in 2020 alone. As more countries strive toward achieving net zero, this figure is projected to rise still further.

One area that has seen considerable growth has been offshore wind (Figure 1). Improvements in performance, coupled with falling technology costs have seen a massive growth in the deployment of offshore turbines around the world since the first units were introduced in 1991. According to estimates from the Global Wind Energy Council (GWEC), the global market for offshore wind grew by almost 22% per year between 2010 and 2020, with an expected additional 235 GW of new capacity projected by 2030.

Tackling the Challenges of Wind

While wind offers significant opportunities for improving both environmental performance and reducing reliance on fossil fuels, its potential as a single energy source has traditionally been limited by several factors.

The first is the intermittent nature of wind. Variability in wind conditions and the inherent unpredictability of seasonal weather means that turbines may be operating at peak efficiency when there is less demand and vice versa. When wind speeds drop, there will be periods of intermittency where the power from offshore turbines will need to be supplemented by other energy sources.

As operators need to sell the power generated as cost effectively as possible, the challenge is to find ways to maximize output and match demand, whilst reducing the capital investment into the construction of the wind farm and infrastructure, as well as the ongoing operating costs of the facility.

Modern technologies are helping to address this in various ways. Improvements in offshore turbine design, including both efficiency and size, together with the location of wind farms further from shore to take advantage of higher quality wind conditions, are achieving steady capacity factor increases in the range of 40% to 50% and above. As the ratio of actual electrical output to potential total output over a given period, this improved efficiency is seeing offshore turbines exceeding the capacity performance of other renewables such as onshore wind and solar power.

This optimization of offshore wind also offers the opportunity to speed up deployment of additional turbines in new locations by enabling successful designs to be replicated. Using knowledge and experience from past wind projects, plus lessons learned from construction of offshore facilities for oil and gas, allows new installations to be carried out in less time and at lower cost, as well as opening the potential for locating fields further from the coast.

One factor enabling the location of turbine farms further out to sea is the development of floating platforms. Based on floating structure designs used for oil and gas rigs, and utilizing buoyant platforms made from steel, concrete, or a mixture of both, floating platform turbines can be deployed further out to sea, with a variety of new projects located about 50 kilometers offshore. With no need to be anchored to the seabed, floating platform turbines provide a more flexible and less costly solution to situating wind farms further out to sea. By enabling operators to take advantage of improved wind conditions available further offshore, they also offer the opportunity to optimize capacity factor performance. To give some idea of the extent of this improvement, the International Energy Agency (IEA) predicts that floating turbines provide the potential answer to matching the world’s demand for electricity 11 times over by 2040.

Developments in energy storage are also helping to provide added stability. Various technologies, from batteries and thermal storage to more far-flung concepts such as bladders on the seabed that are being trialed as ways of using power collected during surplus periods to compensate for reduced output during low wind conditions. Another technique is to use power from wind to help produce hydrogen, which can be used as an alternative, low-carbon power source for a range of applications, from electric vehicles and shipping through to heavy industries. With about 70 million tonnes of hydrogen currently produced using fossil fuels, the potential for using offshore wind as a substitute presents massive scope for significant savings in CO2 emissions.

Another challenge, particularly where turbines are located further offshore, is that of how to relay the produced power from the turbine back to shore. To date, this has been achieved using either high-voltage alternating current (HVAC) or high-voltage direct current (HVDC) connections, depending on the distances involved. In both cases, the cost and practicalities of transmission have been substantially reduced by the advent of subsea power distribution and conversion technology (Figure 2). Eliminating the need for surface infrastructure, this technology is opening new opportunities for transmitting power over long distances whilst simultaneously reducing emissions and offering scope for improved control and operation through digitalization and remote monitoring. Other forms of conversion and transmission are also becoming more widely available, including floating substations that share design and assembly ideas from the buoyant platform structures being deployed for floating offshore wind turbines.

As more offshore wind farms come online, there is the need to ensure that the demand for the turbines and associated infrastructure needed to generate and transmit power can be matched by the supply of people and facilities needed to deliver them.

The high initial capital costs involved in building sea-based wind farms and their associated transmission networks has made offshore wind comparatively more expensive than existing conventional and other renewable power generation sources. For this reason, there are currently a limited number of operators in the market with the ability and resources to build, operate, and maintain large-scale wind farms.

While the industry is increasingly using expertise from the offshore oil and gas industry to help meet the technical challenges of wind farm construction, engineering resources are becoming increasingly stretched as more new energy transition programmes get underway. For suppliers, this has meant finding ways to optimize their existing resources by equipping them with tools that can help them to get more out of their available engineering hours.

Digitalization has presented a range of new possibilities for engineers to do more whilst making better use of their available time. Many maintenance and inspection tasks, for example, can now be performed remotely, either via real-time control and communications networks or, where inspection is required, using technologies such as drones to reach elevated and/or hard to reach areas. Developments in predictive maintenance technologies especially are also helping to improve turbine performance. By helping to identify any problems in advance, these technologies enable operators to decide on the best approach to rectifying them, either deploying engineers to the turbine or, if possible, applying the fix remotely.

Digital simulation has also helped to reduce a lot of the work involved in planning new offshore installations, by allowing operators to assess turbine performance and potential electrical output in a virtual environment. By allowing operators to test a turbine installation under multiple conditions, the data produced can be used to help develop the best real-world solution, reducing risks and speeding up deployment.

The Value of Partnership

Another way to address the limitations on the available skills base is to work in partnership with other players in the supply chain such as ABB. This approach offers several advantages.

Foremost amongst these is the exchange of new ideas. ABB’s extensive portfolio of electrical solutions and its expertise gained from hundreds of offshore applications, including from projects in the harshest waters, means it can offer new perspectives on meeting many of the challenges inherent in offshore wind projects. Experience gained in building subsea transformers for oil and gas since the 1990s, for example, is now being used to provide the building blocks for subsea networks to collect, convert, and distribute power from floating wind turbines.

This expertise can be used to create networks that can help to ensure grids can meet peak demand whilst also delivering peak reliability by finding ways to supplement wind power during periods of low demand. Involvement in hydrogen production and storage projects makes ABB well placed to advise operators on ways to supplement their generation networks using alternative power sources that are themselves powered by offshore wind.

The same advances in digital maintenance technologies that are benefitting operators throughout the industry are also being used by ABB’s own teams to help deliver remote service and support, from digital simulation through to augmented reality tools that allow engineers to remotely guide their counterparts on-site to carry out fixes to problems.

Maximizing the Promise of Offshore Wind

The growing need for affordable low-carbon technologies will see all forms of renewable power playing an increasingly important role in supplementing and replacing fossil-fuel based power generation. Since the arrival of the first offshore wind turbines in 1991, the potential of offshore wind as an effective power source has increasingly been recognised as technology has advanced and ways found to tackle issues such as variability and intermittency.

As these and other issues are addressed by continued developments in electrical system design, offshore wind will increasingly take its place as a major source of power generation, both directly and as a way of assisting in the production of alternative sources such as hydrogen.