Think your project was tough? Tokyo Electric Power Co. (TEPCO) finished one of the world’s most efficient coal-fired power plants on time despite a 9.0-magnitude earthquake that devastated both the site and much of the country. 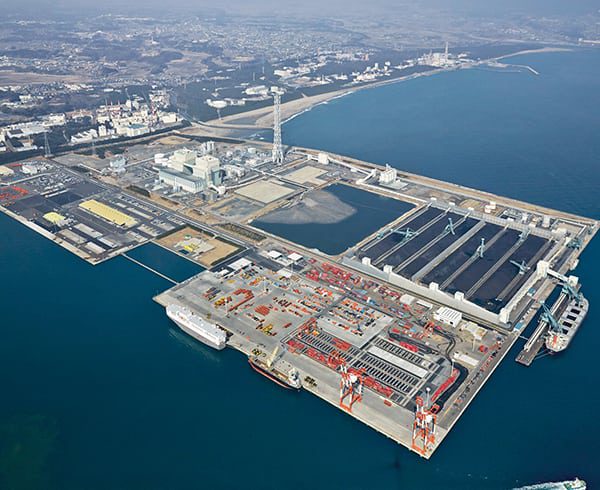 Bad weather, unforeseen setbacks, and even natural disasters are far from unheard of during power plant construction. But there may be no plant that experienced the sort of construction hardships that Tokyo Electric Power Co.’s (TEPCO’s) Unit 2 at Hitachinaka Thermal Power Station in Ibaraki Prefecture did as it was taking shape in the early 2010s.

Though TEPCO can trace its roots to The Tokyo Electric Light Co., founded in 1883 during the Meiji Restoration period that saw Japan emerge as a modern industrialized nation, its name outside Japan has become inextricably linked with the disaster at the Fukushima Daiichi nuclear plant after the Great East Japan Earthquake in March 2011.

Though that accident and the resulting consequences for the Japanese nuclear industry certainly earned the headlines they have appeared in since, Fukushima Daiichi was far from the only power plant damaged by the earthquake. This is the story of one of them.

Unlike many other industrialized nations, Japan in the 2000s was not facing a future of continually rising electricity demand. Indeed, national electricity consumption has remained largely flat since 2000. Japan, however, must import about 90% of its primary energy needs, which makes energy efficiency a national priority—some might call it a national obsession—to a degree seen in no other country.

The need to rebuild after World War II has given Japan a somewhat more modern and advanced coal-fired fleet than most industrialized nations, and despite having no indigenous coal resources, the nation has continued to drive advances in coal generation technology. The net thermal efficiency of Japan’s coal-fired power plants—currently around 42% lower heating value (LHV)—has been the highest in the world for decades, well above that in comparable nations such as Germany and the U.S. (average U.S. fleet efficiency has hovered around 36% since the 1980s).

Japan was one of the first countries to embrace supercritical, and later ultrasupercritical (USC, defined as steam pressures above 3,495 psi and main and reheat steam temperatures above 593C/1,100F) coal generation, and it has led the development of advanced USC (steam temperatures above 700C) technology, with commercialization expected by 2020, according to the International Energy Agency. The country is also a leader in integrated gasification combined cycle (IGCC) generation, with a 250-MW IGCC plant operating in Nakoso and two 500-MW plants under development by TEPCO in Fukushima Prefecture (see “Does IGCC Have a Future?” in the July 2014 issue).

As part of its goal to maintain a modern, balanced generation portfolio, TEPCO in the late 1990s chose a site in the village of Tokai in Ibaraki Prefecture for its newest, most advanced coal plant. Construction of Hitachinaka Thermal Power Station (HTPS) Unit 1 began in July 1999. The plant was built on reclaimed land in a section of the North Wharf of Hitachinaka Port.

Built by Hitachi’s power generation division (now part of Mitsubishi Hitachi Power Systems) the 1,000-MW USC plant employed a variable-pressure, spiral-wound Benson boiler supplied by Babcock-Hitachi K.K. and equipped with Hitachi’s newly designed low-NOx NR-3 burners and advanced steam temperature controls. To enable the plant to fire a variety of coals, superheater attemperators were installed between each superheater section. To meet strict national environmental regulations, the plant was equipped with a flue gas denitrification system (supplied by Hitachi) and a desulfurization system and an electrostatic precipitator (the latter two supplied by IHI). The plant was also equipped with a fully digital large-scale monitoring system.

At the start of commercial operations in December 2003, Unit 1 achieved one of the highest efficiencies of any coal plant in the world: 45% LHV.

TEPCO’s plans for HTPS included future expansion, and space was left adjacent to Unit 1 for another unit. Planning for it began not long after Unit 1 came online, and construction began in October 2009. After competitive bidding, Hitachi was again chosen to lead construction and supply the major components, with Babcock-Hitachi K.K. also supplying the boiler. Like its sister unit, Unit 2 would employ an USC variable-pressure boiler, but Unit 2 also would include a low-pressure turbine using the same 41-inch blade design used in Unit 1’s high-pressure turbine.

Construction of Unit 2 was proceeding on schedule in March 2011 with framing of the boiler and turbine buildings under way.

At 2:45 p.m. Japan Standard Time on Mar. 11, a roughly 300-mile-by-120-mile section of the subduction zone offshore of northern Japan ruptured. The epicenter of the resulting 9.0 magnitude earthquake—the largest quake ever recorded in Japan and the fifth-largest recorded quake in modern history—was just 155 miles northeast of the plant site.

More than 15,000 people across Japan lost their lives in the earthquake and subsequent tsunami, and the economic losses have been estimated by the World Bank at more than $230 billion. Though Ibaraki Prefecture did not sustain the widespread devastation experienced by the Tohoku region farther north—in part because it did not suffer as heavy an inundation from the tsunami—the damage was still enormous. Though only a few dozen lives were lost, tens of thousands of buildings were destroyed or heavily damaged. Peak inundation from the tsunami was recorded at 13.7 feet at the town of Oarai a few miles south of HTPS.

HTPS suffered substantial damage from the quake and flooding (Figure 1). Unit 1 tripped offline when the quake struck, but the impact was only beginning. Because the site was on reclaimed land, it suffered serious liquefaction, causing elements of the plant to sink into the soil. Four workers at the construction site fell to their deaths when the scaffolding they were working on collapsed underneath them. The coal-unloading terminal suffered heavy damage, with the main crane toppling over and the coal conveyer belt knocked out of service because of liquefaction of the ground underneath. Much of the site was left under water even after the tsunami receded.

Construction of Unit 2 had to cease as the plant, and the nation as a whole, struggled to recover from the disaster.

More than 4 million people in Japan had lost electricity, and TEPCO saw approximately 25% of its generating capacity knocked offline. While most of the world’s attention was focused on the damaged nuclear plants to the north, the crews at HTPS shifted from construction to repair in order to get the plant’s critical generation back into service.

Despite the heavy damage, Unit 1 returned to operation in just two months, restarting on May 15. Though the coal transfer equipment was still damaged, crews were able to supply fuel to the plant with some creative measures. With the coal-unloading crane still out of service, coal was delivered by bulk carriers equipped with their own cranes. The coal was unloaded into trucks instead of onto the conveyer, and the trucks delivered the coal to a hopper that then fed it into the plant. To support plant reliability, this operation ran 24 hours a day.

Construction of Unit 2 resumed in late May. The disaster had caused a two-and-a-half month delay in the schedule, but the now-urgent need for new generation because of the nationwide nuclear shutdown meant the plant had to be completed as soon as possible. TEPCO staff and the construction crews worked around the clock to get things back on track, and amazingly, despite the incredible upheaval caused by the earthquake, Unit 2 was finished and put into commercial operation on schedule on Dec. 18, 2013, after 51 months of construction.

Unit 2 has performed as expected since coming online, even during periods of peak summer demand. It has achieved one of the world’s highest thermal efficiencies, 45.2% LHV, for coal-fired thermal power stations, according to a TEPCO statement.

TEPCO, though, is not standing still. It announced shortly before Unit 2 came online that it had agreed with Chubu Electric Power Co. to build a third, albeit slightly smaller (600 MW) USC unit at the HTPS site. That unit will be 96.55% owned by Chubu Electric and 3.45% owned by TEPCO. Construction is planned to start in 2016, with operation slated for 2020. ■