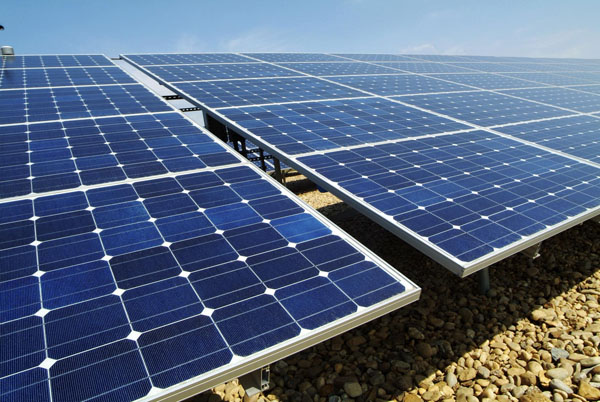 In the early 1990s, my father was CEO of a microwave oven company that was emerging from Chapter 11 reorganization. The company had been decimated by Japanese competition in consumer microwaves and decided to refocus its business on the commercial market. Yet it found the new arena no less cutthroat, and my father (a lifelong conservative who no doubt had to hold his nose while doing so) decided to petition the Commerce Department for protection from what they felt was unfair competition from Japanese manufacturers, who appeared to be dumping their ovens on the market at below-market prices.

The Commerce Department was by then 10-plus years into the Reagan-Bush era, and the reception this request got was not especially positive. After a brief review, it was denied (as my father had fully expected).

Despite some later acquisitions and reorganizations, this particular company is still around. The microwave oven market remains dominated by foreign manufacturers, but the ovens can still be had at a very broad range of prices, styles, and capacities.

I bring this story up because a similar saga is currently playing out in the solar panel business. Anyone who has paid the slightest attention to the photovoltaic (PV) industry has seen the dramatic changes over the past several years. The growth in installed capacity in the U.S. has been dizzying, having more than doubled in the past year. Average PV module prices fell 40% year-over-year in Q4 2011. In 2009, only two PV projects greater than 10 MW were completed; in 2011, there were 28. Growth overseas has been even more impressive, with Germany having installed more than 7 GW in PV capacity in 2011 alone.

It’s a sea change I’ve seen play out in my own north San Diego County neighborhood, with one house after another sprouting solar panels on its roof as plummeting prices make the shift to solar too attractive to pass up.

What’s driving this change is largely one thing: vastly cheaper solar panels made in China.

This is a good thing if you’re in the solar installation business. After struggling for years to make the case for a $40,000+ investment, most solar installers, especially in sunny areas like the Southwest U.S., now have more business than they can handle.

It’s not such a good thing if you’re a manufacturer located anywhere outside of China.

The influx of cheap Chinese solar panels into the industry has left a lot of collateral damage in its wake. It would serve no purpose to list all the U.S. and European manufacturers that have been driven out of business; it suffices to note that Chinese-made solar panels now command about half the U.S. market, imports that totaled more than $3 billion last year.

Unlike the Bush administration Commerce Department that turned down my father’s request for protection, however, the Obama Commerce Department has moved aggressively to protect U.S. solar panel manufacturers. In March, it levied tariffs of 2.9% to 4.7% Chinese solar panels after finding that the Chinese government provided illegal subsidies to its industry.

Then in May came the hammer: The department said in a preliminary ruling that it would levy a 31% duty on about 60 Chinese companies, including Suntech, the world’s largest solar panel maker. All other Chinese manufacturers were hit with a whopping 250% tariff, something that should effectively prevent them from competing in the U.S. at all.

Following this lead, the European Community (EC) announced last month that it would open an investigation into whether Chinese firms were engaging in unfair export practices. A trade organization of EC solar panel manufacturers has been loudly accusing the Chinese of dumping their products on the market at prices well below market rates. In Europe, the situation is even worse for domestic manufacturers: Chinese firms now own an estimated 80% of the market—one much larger than that of the U.S. Sales of Chinese solar panels in the EC amounted to more than $26 billion in 2011.

The Chinese, naturally, are not happy about these developments. The China Photovoltaic Industry Alliance denounced the moves as protectionist and has sought assistance from the Chinese government in resolving the dispute. No less an authority than Chinese Premier Wen Jiabao has reached out to European leaders like German Chancellor Angela Merkel in an attempt to head off tariffs such as those levied in the U.S.

Where all this will end up is not certain. The U.S. has an uneven, and not especially attractive, history when it comes to protecting domestic energy industries. Until it was finally lifted in January after more than 30 years, U.S. ethanol manufacturers enjoyed a 54-cent-per-gallon tariff on sugarcane ethanol from South America, a restriction that basically prevented meaningful ethanol imports altogether (as was its intent).

Never mind that ethanol can be produced from sugarcane for far less than what the wholly artificial ethanol industry in the U.S. can manage. Or that, unlike corn-based ethanol—which delivers about as much energy as is required to make it—sugarcane ethanol can be produced with about one-eighth the energy it delivers. Reducing energy costs for average Americans took a back seat to protecting the politically connected domestic ethanol industry.

Likewise, the tariffs on Chinese solar panels, whatever else they accomplish, are certain to raise prices for end users, whether they’re big utilities or my neighbors in San Diego. This will slow the surging adoption of rooftop solar energy—something no one can reasonably argue against—and cost jobs in the installation business. Six-of-one/half-dozen-of-the-other, you might think? Not quite. Last year, of the 100,000 or so jobs in the U.S. solar industry, half of those were in installation. Only a quarter were manufacturing jobs.

However you want to spin it, protectionist measures like the tariffs on Chinese solar panels almost always benefit a few well-connected parties at the expense of higher costs for everyone else. In this case, they’re also restricting the growth of clean renewable energy (and how that fits into the president’s “all of the above” strategy is hard to see).

All of this is something to keep in mind as the Department of Energy ponders whether to allow exports of liquefied natural gas (LNG). Last month, I attended the LDC-Mid-Continent Gas Forum in Chicago, and a representative from a gas industry trade group loudly and enthusiastically exhorted the audience to oppose LNG exports. They would, he said, drive up domestic prices, reduce production, and increase costs for everyone in the business. This is a position, I’ve noted before, that is not shared by the independent experts in the field, and it is one with which I personally disagree.

The economic analysis refuting these arguments has already been well laid out by those more qualified than I. Suffice to say that there is some pretty compelling evidence that U.S. LNG exports are unlikely to ever constitute a meaningful drain on domestic supplies.

But while restricting them will have no positive effects that I can see, doing so is likely to have negative ones. Much as with the tariffs on solar panels that will hurt the installation business and increase costs for end users, artificial restraints on gas exports will eliminate the jobs that would have been generated and simply keep the gas that would have been exported in the ground. It’s hard to see how that benefits anyone.

One final note: You may notice that this issue of GAS POWER is arriving a bit earlier than usual. That’s because, starting this month, we’re moving to a monthly distribution schedule. The natural gas–fired power industry is moving faster than ever, and every other month just isn’t fast enough to bring you the information you expect from us. That means twice the GAS POWER for the same price (which is, by the way, free).

Here at least, you’ll see no artificial restrictions on the things you need.