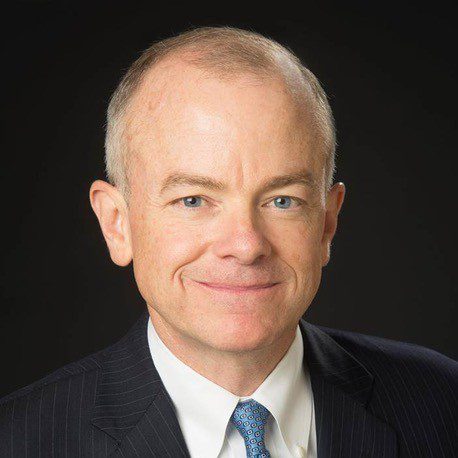 In late January, the U.S. Court of Appeals for the 4th Circuit in Richmond, Virginia, took up a case that could play an important role in deciding the future of climate change lawsuits in the U.S. The immediate issue is a dry question of procedure—the grounds for removal of a case from state court to federal court. But how it is decided could have big consequences for climate change related lawsuits.

In 2018, the city of Baltimore sued several energy companies, claiming they should pay the city’s alleged climate change related damages. Not surprisingly, the city wants to have its case heard in a local state court. And not surprisingly, the companies want the case heard in federal court, where judges have been skeptical of lawsuits like this. After almost four years and millions of dollars in legal fees, the city’s case now has been in a state court, a U.S. District Court, the U.S. Court of Appeals (twice), and the U.S. Supreme Court. And yet far from being close to finished, the case has barely gotten started—the parties have just been fighting over where the case should be heard. This lawsuit is years and years away from a resolution.

As a matter of both law and policy, it would be best if this case stays in federal court and is not remanded to state court. But what really should happen is that parties should realize the courts aren’t the right place to make climate policy anyway. In fact, the continued pursuit of these lawsuits is affirmatively harmful to climate action: they create false hope that effective climate solutions and responses can be fashioned by the courts, and they take pressure off elected officials who rightfully bear responsibility for putting in place this nation’s climate policy.

While the Baltimore case hasn’t provided any answers to the climate compensation issues it was supposed to address, this case so far has successfully done one thing: provided yet another reason why litigation is the wrong way to address these issues. That’s not because the lawyers or judges have done anything wrong—they’ve just been doing their job, which is advocating for clients or deciding legal issues. Their job is not to make the nation’s climate policy. Expecting them to do that is sort of like asking the family lawyer to draw up plans for your new home addition. Hopefully they would refuse to do it. But even if they agreed to give it a shot and did their best on it, they almost certainly would come up with something you wouldn’t want to live in. The courts are just the wrong forum for addressing climate issues.

Public opinion polls show most people are concerned about climate change and want action. They are justified in their frustration with the slow and uneven action on these issues.

But policies to combat climate change are complex—technically, economically, geographically, and politically. Our nation celebrates its diversity, just as we should—and what that means is that not everybody agrees about everything. In the environmental context, some regions favor aggressive climate action, some don’t. Some regions have significant renewable and zero-carbon resources, some don’t. Some have citizens willing to pay more for aggressive climate solutions, some don’t. The fact that it might seem impossible for our elected branches of government to address this situation is no reason to allow them to abdicate that responsibility. They need to follow the example of the Navy’s Seabees and the Army’s Ordnance Department in World War II: “The difficult we do immediately; the impossible takes a little longer.”

I know the elected branches can be frustratingly slow in addressing urgent problems. I saw this when I was at the U.S. Department of Energy. Electric sector companies and regulators had long called for mandatory reliability standards, yet, Congress had not authorized them. In 2003, the U.S. and Canada suffered a major electric blackout, and it still took two more years before members of Congress passed the Energy Policy Act of 2005 authorizing those standards. But they did it.

Enacting major legislation is difficult, frustrating, time-consuming work, and it requires compromise. Maybe people think Washington is incapable of that. Or they think climate change is too important and we can’t wait. And so, they’re willing to let their elected representatives off the hook or go around them. However, it would be good to remember that attempted end-runs around elections and the processes of elected officials have a way of turning out very badly.

The people in our elected branches of government must do the jobs they worked so hard to get. They, and not the courts, must make the difficult but critically important policy decisions—and then be accountable for them. They, and not the courts, can and must provide the durable, effective, and democratically acceptable ways of addressing climate change this country needs.