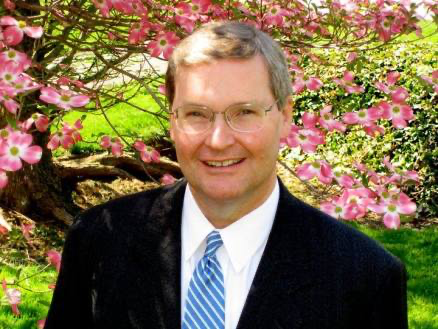 California needs more reliable electricity. The ongoing rolling blackouts in the Golden State will likely become more frequent unless its elected leaders change their foolish energy policies. More importantly, California’s energy posture reveals some harsh lessons for the rest of America, as it provides a glimpse into the future of power generation should the Democrats succeed in ratifying their “Green New Deal.”

What has come about is the result of state policies promoted by Gov. Schwarzenegger as well as subsequent Democrat governors and the legislature. By disfavoring the use of fossil fuels (including the cleanest and cheapest fossil fuel, natural gas) and imposing hard timelines for phasing out completely all fossil fuels in favor of renewable energy by 2045, they have placed unrealistic expectations on power generators in the state and have set them up for failure.

The problem with renewable energy sources like wind and solar is that both are intermittent rather than constant. No power is generated when the sun goes down at night, or when the wind stops blowing. This makes them undependable, and more reliable, persistent sources of power are required to make up the difference when renewables are “down.”

Power generated from fossil fuels, nuclear reactors, and hydroelectric is generally available 24/7. In California, however, dams with hydroelectric facilities and nuclear power plants are no longer built and existing facilities are being decommissioned early.

As natural gas became abundant and cheap early in the 21st century, due to the fracking boom, lower-emission natural gas-fired generation facilities were constructed throughout the state to backfill the intermittent power needs of renewable energy. But now even these clean-burning and relatively new natural gas-fired plants are in the process of shutting down due to California’s impulsive renewable energy mandates.

For example, a 10-year-old natural gas power plant in Southern California will be decommissioned this year—nearly 30 years earlier than its estimated economic life—at a substantial loss to the ratepayers, who will bear most of the cost. Several more gas-fired plants on the coast are also in jeopardy. But until new battery storage technologies should become available to store surplus power generated by renewables, a non-intermittent source of power must accompany power generated from renewables. The question is, what will fill the void?

Utilities in California have been forced to purchase power on the spot energy market to ensure reliability when California experiences an energy deficit. This circumstance can cost utilities up to 10 times or more what power would ordinarily have cost from their own non-intermittent generating facilities and is one reason why power costs are so much higher in California. The deficit has also been made worse by legislation passed in 2018 requiring that by 2026, 50% of California’s electricity, and by 2030, 60% of its electricity must come from renewable sources.

On those occasions during the summer months when temperatures are hot throughout the West, this deficit can usually be met through electricity purchases from the Pacific Northwest or elsewhere. On occasion, however, high-temperature conditions result in there being insufficient excess electricity to purchase. In that circumstance, Californians are forced to endure the rolling blackouts.

In addition, as the utilities strove to rebalance their sources of power generation occasioned by renewable mandates, line maintenance was downgraded. This change in priority resulted in the terrible fires of 2019, which destroyed large portions of Chico, Paradise, and other communities in Northern California. Pacific Gas and Electric (PG&E) paid billions in damages.

As a result, the utility now orders prophylactic power shut-offs in areas most likely to be affected by the company’s poorly maintained power lines. Whenever there is a weather forecast of some combination of high winds, dry conditions, and/or lightning strikes, customers experience blackouts. These shut-offs are detrimental to businesses and residents, and to life in general, and impose substantial additional monetary costs to those affected.

Fortunately, there is an easy solution: Repeal the law mandating the 100% phaseout of fossil fuel power generation in 2045; halt the planned decommissioning of existing natural gas-fired plants; and build new ones to replace the power that will be lost from the announced decommissioning of the Diablo Canyon nuclear power plant and to ensure future power reliability requirements. California can appropriately lay claim to leading the nation in renewable energy generation by supplementing the grid with environmentally clean natural gas-fired power plants to ensure reliability of electricity demands.

Americans should take what has happened in my home state of California as a cautionary tale against what can happen when elected officials should push to add more green energy to the grid, no matter the economic or human costs. The fact of the matter is, it is not possible to wish 100% usage of renewable energy into existence, and there will be a need to utilize other energy sources to help manage the transition in the meantime.

—John T. Doolittle is a former member of Congress (representing California’s 4th congressional district) and served as the vice chairman of the House Appropriations Subcommittee on Energy and Water, Committee on Appropriations.