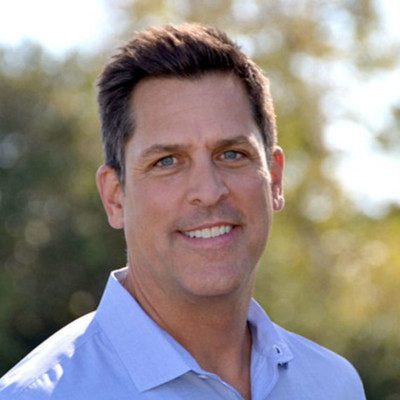 Increasing demands on the energy sector are driving a handful of serious workforce challenges. One of the most concerning is an aging workforce with high levels of retirement, colliding with a shortage of skilled workers to fill the gaps.

Case in point—the average age of U.S. utility workers is more than 50 years old, several years older than the national average for other industries—and there simply aren’t enough younger workers in the pipeline to address the issue.

One of the drivers of these gaps? A significant reduction in workforce training programs in the 1980s and an overemphasis on the importance of a college education. This has contributed to the low number of workers able to move into middle- and upper-management positions as the baby boomers retire, leaving a massive gap in legacy knowledge, an important factor that has kept most skilled-trade industries, including the power generation sector, moving forward for the past few decades.

Ever-evolving energy technology has also created an industry balancing act between the need to address talent shortages, and adapting to the changing skills needed in the power sector as a result of digitalization. Let’s face it—we’re at a point where workers 45 years or older probably have as much to learn on today’s job site as a tech-savvy 20-something who grew up immersed in relevant technology.

And as much as the two factors above have played into the skilled trades gap, there are three other major reasons for the shortage of skilled workers available to the energy sector:

Why a lack of interest? For starters, there has been a perceived stigma against a career in the skilled trades, including the energy industry, for some time. Those graduating from high school have been told that a professional (or office-based) career path is the only route to securing a stable future. What’s not discussed is the significant debt and oversaturated job market many college students face coming out of a four-year program. Truth be told, we’re simply not doing enough to encourage young people to pursue the skilled trades coming out of high school—where there are abundant opportunities for training and employment. In fact, many skilled-trade workers earn above-average wages and in many cases work toward starting their own business.

Another factor contributing to the skilled-trades gap was a volatile economic environment in the early-to-mid 2010s that forced many to leave trade work behind. Now, you have a skilled workforce deficit that equals a gap of 444,000 workers in oil and gas; 570,000 jobs in manufacturing; 330,000 workers in construction; 20,000 tower climbers in telecom; and as many as 5.5 million transition-related renewable energy jobs. Unfortunately, some of the traditional paths to entry into utility work are also disappearing, making it harder to gain “learn as you go” experience and the practical skills necessary to do the job.

The upside in all of this, however, is the evolution of the power generation industry, creating many new workforce opportunities, including jobs in renewable energy, natural gas, and utilities. And while recruiting new workers with the right skills for the job has become more difficult, the key to bridging the knowledge gap between previous generations of energy sector workers (tribal knowledge) and a younger (more tech-savvy) workforce looking for hyper-specific tools of the trade will be formal classroom training programs. But therein lies the question of whether the skills needed to succeed in trade positions can be translated in a formal learning environment accurately and effectively.

Well, they’ll need to be. Here’s how traditional skilled trades organizations in the energy sector can integrate the new workforce with the knowledge they’ll need to fill important gaps in the skilled labor force while building stronger industries simultaneously.

Create consistent employment. A major cause of the current gap in the skilled workforce was the lack of job security as consumer demands fluctuated periodically. Especially in the utilities industry, wage and salary declines in the past decade have led to a cycle of massive layoffs and rehiring surges that have left people wary of rejoining the trade industries. Businesses must reinforce the importance of skilled tradespersons by committing to jobs and the re-skilling/up-skilling of their workers. With increases in infrastructure, energy expansions, 5G rollouts, and more, there is no deficit of demand for a skilled labor force and employment must reflect that.

Offer meaningful training opportunities that incorporate digital learning. Perhaps the single-most important determination is how to train new workers effectively, while also ensuring the industry is evolving technologically and at a pace the workers are comfortable with. While once, the utility industry relied on apprenticeships and experienced workers to help trainees learn the ropes; now utility companies will have to translate that knowledge into online learning platforms that adequately capture the skills and information needed to be successful on a worksite. The key is combining interactive classroom training with digital courses that help the new generation gain the experience they need but also in the way they expect to learn.

Stress the importance of a skilled passport to carry workers between jobs. Often, a worker in the energy sector will be transient between industries. Once they’ve reached a plateau in their current position, they’ll advance to another that most likely expects prior skills and experience to be successful and safe while on the job. Some of these certifications carry over from industry to industry; others don’t. When skills do carry over, how can skilled energy workers prove that? Enter the digital worker’s passport. Now, a worker can provide proof of past training and credentials, allowing them to focus on what gaps need to be filled to up-skill into the modern labor force with growth potential.

Bottom line, the energy sector needs to create a steadier pipeline of young workers into the industry or risk worsening the situation. Organizations are aware of the human resources challenges facing them with the skilled trades gap, but very few have offered solutions that have stimulated widespread adoption. The good news? What was once a dying breed can be revived through innovation and training to change the mindsets and perceptions of the younger generation and train them to do the job safely and productively. Not only do we need digital solutions to step in and take the place of experienced, veteran workers, but we also need to stress the viability of trade work as an exciting and necessary career path.

—Jeff Muto is Chief Marketing & Strategy Officer at Veriforce, where he sets the company’s direction in tackling the most significant and most challenging aspects of managing safety, risk, and compliance within global supply chains.