Two environmental groups on March 22 filed a notice of intent to sue Florida Power & Light (FPL) in federal court over leaks from the utility’s Turkey Point Nuclear Plant south of Miami that have raised concerns about contamination of area drinking water.

The problems began several years ago, after FPL completed an uprate at Turkey Point in 2013. Though the project added 228 MW to the plant’s net capacity, it may also have placed additional stress on the cooling water canal system (Figure 1), which began experiencing elevated temperatures and salinity levels the following summer, according to reports in the Miami Herald. 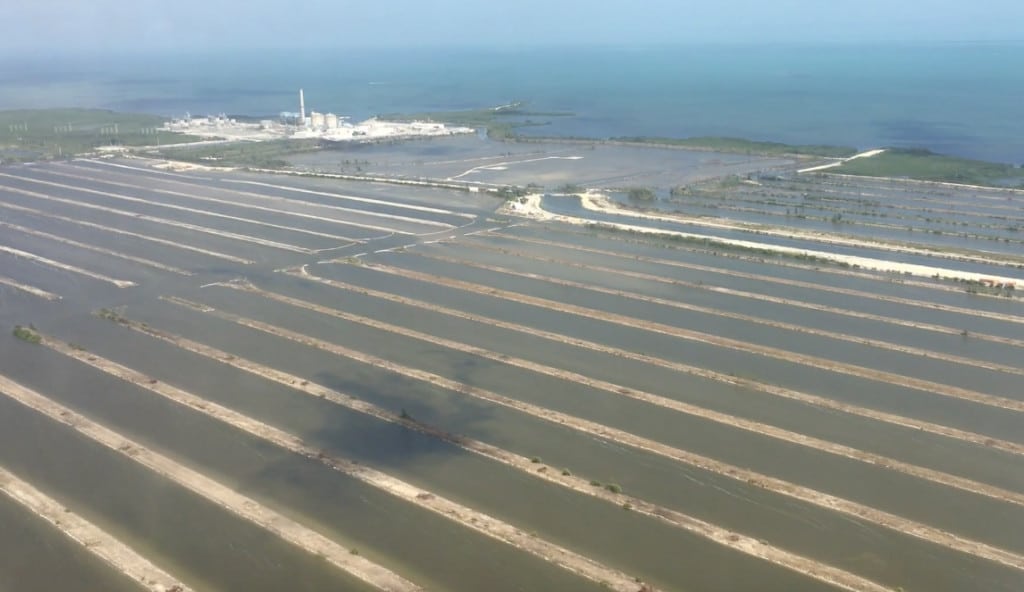 In February, a state court found that leaks from the canals were causing a massive brine plume to spread westward from the plant, threatening to contaminate a freshwater well system several miles away. Though FPL initially denied responsibility for the plume, it now acknowledges that the canals are leaking brine into the Biscayne aquifer, a major source of Miami’s drinking water.

Though FPL says it has corrected the overheating and salinity problems in the canals, the court ordered it and state regulators to come up with a new cleanup plan for the plume. It said a previous plan created by the utility and the Florida Department of Environmental Protection (DEP) was deficient.

Then, Miami-Dade County officials said this month that testing of Biscayne Bay in December and January found tritium levels up to 215 times higher than normal. Though the levels are not dangerous—most of the tritium was found near the bottom of the bay and the levels are below federal limits—they indicate that leaks from the canals are likely continuing, meaning that other contaminants may be escaping into the bay. These include ammonia and phosphorus, which can cause algae blooms that threaten marine life. FPL has blamed some of the overheating and salinity issues in the canals on previous algae blooms in the system.

Turkey Point Not a Risk to Public Health, FPL Says

Potential threats to drinking water supplies and stresses on water resources as a result of power generation needs have grown in prominence in recent years. Florida in particular has faced long-running challenges in keeping its water and power needs in harmony. Other plants in the state have been spurred into innovative methods of protecting water resources, such as recycling of municipal wastewater.

Turkey Point is challenged by its proximity to the threatened ecosystem of Biscayne Bay—part of which makes up Biscayne National Park adjacent to the plant—as well as its location in a major metropolitan area that depends heavily on groundwater resources for its potable water.

FPL President Eric Silagy said in a published column after release of the county report that there were no adverse impacts to public health or safety from the leaks. But the Tropical Audubon Society and Southern Alliance for Clean Energy said FPL and Florida state regulators have known about the problems for years and have failed to adequately address them. DEP officials told the court in February that they had been unable to find specific violations of groundwater standards despite the evidence of leaks.

The notice of intent to sue begins a 60-day period in which the DEP and FPL can take action to address the allegations. The groups said they will ask for damages and an injunction against further contamination if the state and utility do not act.