Coal power plants face more and greater challenges to their continued operations than at any time since the Industrial Revolution. As a result, utilities must employ new strategies for balancing the competing pressures of emissions compliance, economic dispatch, reliability, and performance. A combination of software tools and domain knowledge—plus an informed methodology for linking and applying these tools and knowledge—is helping to meet these challenges. 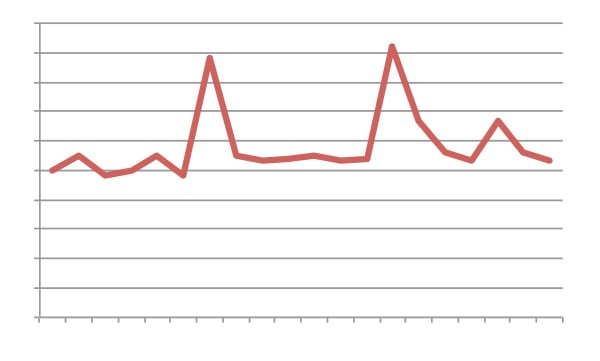 It seems as if each week brings further bad news for coal power plants. Recently, Consumer’s Energy sought relief to close three power plants, South Carolina Electric & Gas announced it would cease operations at the Canadys Station, and the Tennessee Valley Authority announced the closure of eight additional coal units, removing 3,000 MW of coal-fired generation from its fleet. A Platts report released in August 2013 predicts that retirements of coal-fired plants will “surge” through 2015, when the U.S. Environmental Protection Agency’s Mercury and Air Toxics Standards go into effect. Although some portion of this lost electrical generation will be replaced by natural gas combustion turbines, barring further CO2 regulation, the remaining fleet of coal power plants will see greater demand and thus will operate at higher capacity factors.

Coal accounted for 50% of U.S. generation in 2005 and by recent estimates will end 2013 at 39.3%, with natural gas–fired generation being 27.5%. According to the U.S. Energy Information Administration, coal generation will continue to slowly increase through 2029 in absolute numbers, even as its percentage of our generation mix slowly declines. The message is clear: Most coal power plants will weather the near-term storms but will require continuous improvement in order to continue operations for the years to come.

Compliance with the Clean Air Act Amendments of 1990 changed the focus at most coal-fired power plants from performance to emissions, and as a result, the net plant heat rate of the U.S. coal fleet has worsened steadily. This trend extended through 2012, and given the rush to meet ever-tightening emissions regulations, the trend is expected to continue.

These emissions mandates worsen heat rate (see sidebar) both by requiring additional air quality controls and by forcing units to switch to low-sulfur coal, primarily Powder River Basin (PRB) coal. Furthermore, according to a recent National Renewable Energy Laboratory study, the need to accommodate deep cycling at coal power plants will increase as our electric generating system continues to evolve (especially with the addition of increased variable renewable generation), which will place severe demands on unit operations and equipment.

As a result of the impacts of emissions retrofits, fuel switches, and increased cycling, maintenance staff are finding themselves pushed to deliver more with less budget.

A Smarter Way to Manage Monitoring

As one grizzled coal unit operator told me recently, “We have thousands of thermocouples and meters and sensors and alarms, and on a good day we can pay attention to 1 in 10. We know we’re missing data that could help our performance and maintenance planning, but unless we hire 10 more operators, what can we do?”

His plant manager expressed it this way: “We spent millions adding plant instrumentation and controls over the years, and it’s time it started working harder for us.” These concerns are common throughout the industry, and an excellent way to address them is through remote monitoring and diagnostics as part of an integrated, “smart” infrastructure.

For example, one such platform, offered by Black & Veatch, is called Smart Integrated Infrastructure (SII). It combines human knowledge and experience with computer monitoring and control systems to allow a utility to not only manage its generating fleet but also optimize and evolve its operations to respond to change.

A critical piece of the SII puzzle is the thousands of sensors and controls at each coal power plant, many of which not only provide real-time data but also record their data in a plant historian. These sensors provide operators critical feedback for controlling the power plant, but at the same time, they can create information overload. The result is that many subtle changes and early warning signs of performance, operations, and maintenance problems are overlooked. To solve this conundrum, some utilities have turned to remote monitoring and diagnostics (M&D) to manage their data and leverage the information provided by plant systems under an SII framework.

Remote M&D can be implemented for anywhere from one to all units in a generating fleet, with economies of scale encouraging systemwide integration. The key components of a remote monitoring and diagnostics system include:

Because many utilities have cut costs dramatically by reducing their engineering staff, some have turned to third-party experts to provide their M&D resources. This mode of operations provides many benefits for the utility. Perhaps the greatest is avoiding a large investment in engineering staff for power plants that may potentially be idled or even shut down due to economic or emissions concerns.

For more than 20 years Black & Veatch has worked with scores of utilities worldwide to provide M&D services, and as a result it has a wealth of success stories from these efforts. Though some of these successes may seem like “small potatoes,” the benefits provided in terms of reduced operating costs, improved heat rate, fewer unplanned outages, and lower operations risk typically far outweigh any investment in an M&D system.

Case 1: A Mill Bites Off More Than It Can Chew. Operators of one pulverized coal unit believed that their coal mills were performing within specifications, but they were surprised when remote M&D engineers noted a small but statistically significant sudden increase to one pulverizer’s motor amps, differential pressure readings, and hot air damper positions. Further analysis revealed that the heat rate of the unit would experience sudden variations whenever that coal mill was brought into service (Figure 2).

An analysis of the trends suggested that the coal feeders were delivering more coal to the mills than indicated, and fast-track troubleshooting by the plant staff avoided potential problems with both mill reliability and combustion issues. They first checked the gravimetric feeder’s load cell by calibrating the feeder, and then further troubleshooting revealed a problem with the feeder’s variable-frequency drive, such that the feeder was running nearly twice as fast as indicated.

Because of the early warning from the M&D system and engineers, the mill’s performance was quickly returned to normal.

In the case of the extraction line failure, a deviation in pressure ratios in the low-pressure turbine pointed to an expansion joint failure (Figure 3). Upon inspection during a weekend outage, it was found that the expansion joint had completely failed, allowing steam admission directly into the condenser.

The monthly savings in fuel costs for these reparative actions was estimated at $25,500 and $37,500, respectively.

Case 3: Oil Is the Lifeblood of Your Bearings. In some instances, operators are so busy responding to plant alarms and keeping the power flowing that they can miss subtle trends that point to potentially serious maintenance problems down the road. Such was the case with one unit, where the air heater guide and support bearing temperatures suddenly increased from their normal 140F to 160F.

Because this was well below the alarm point of 195F, no notice was taken of the temperature increase (Figure 4). However, remote monitoring engineers noticed the trend and asked the operators to investigate the issue. The problem was quickly determined to be a very low oil level, which had led to a loss of oil flow to the air heater’s upper guide bearing.

After adding 9 gallons of oil to bring it back to proper level, bearing temperatures returned to normal, and a potential unplanned outage and expensive repairs were avoided.

Case 4: Failure Is Not an Option. Alcoa’s Warrick Power Plant is critical for providing both power and steam for its aluminum smelting operations in Newburgh, Ind. So when continuous monitoring efforts detected a slow increase in the feedwater heater terminal temperature difference, it was time to investigate. The increase was confirmed by redundant sensors, so after ruling out externally accessible options, an internal visual inspection revealed a partition plate failure in the feedwater heater (Figure 5). The impact of this failure was significant, resulting in a loss of 40 Btu/kWh heat rate and 0.4 MW.

After repairs were made, another partition plate failure was detected in the same manner less than two years later.

With the exception of the JTEC turbine deposit case, most of these problems were not easily detected by an already overworked plant staff. According to Stan Piezuch, senior performance engineer at Black & Veatch, “There are many examples where statistical anomaly detection has uncovered a developing problem which is still below alarm thresholds. And of course that’s the point, since it’s beneficial to detect problems as early as possible, giving the plant staff more time and flexibility to deal with the problem before damage occurs or they lose production.”

— Una Nowling (nowlinguc@bv.com) is a project manager and technology lead for fuels at Black & Veatch. She has worked on fuels-related issues and analyses at more than 550 different units over 20 years, specializing in coal, natural gas, and biofuels. She is also an adjunct professor of mechanical engineering at University of Missouri-Kansas City.