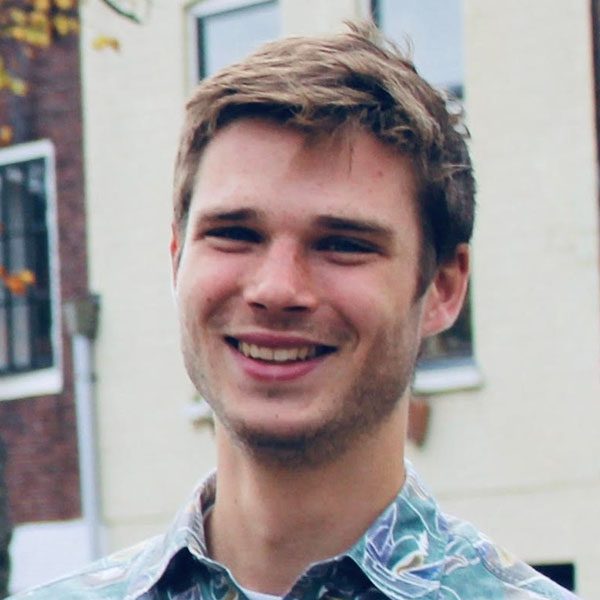 Following the European Green Deal, the European Union has set the objective to become climate-neutral by 2050, much like the U.S. and many other countries that joined the Paris Agreement. To meet this goal, greenhouse gas emissions cannot exceed capture and storage, meaning that fossil fuels will unavoidably need to be phased out. In power generation, hydrogen is viewed as a potential fuel for combined cycle power plants, providing reliable, dispatchable power with no carbon emissions.

In a recent survey performed by SS&A Power Consultancy among power companies, equipment suppliers, EPC (engineering, procurement, and construction) contractors, investors, oil and gas companies, and consultants, 59% of the companies participating in the survey stated that hydrogen plays an important or very important role for the company’s future strategy, with 62% expressing that they are focusing on an application in gas turbines. In the past year, there has been an exponential increase in the announcement of new hydrogen development and investment plans. In this article, considerations and opportunities of hydrogen fuel for combined cycle gas turbines will be discussed.

During hydrogen combustion, the flame position has a greater tendency to move upstream due to the increased reactivity of hydrogen. If not accounted for, this can increase the risk of flashback, causing damage to upstream components. Current combustion systems often mitigate flashback risk by changing the fuel parameters.

Several further minor challenges also arise. The volumetric Lower Heating Value (LHV) of hydrogen is lower than natural gas, meaning a larger volumetric flowrate is needed to operate at the same thermal power. Burning hydrogen will also increase the moisture content in the exhaust gas, leading to an increase in heat transfer to hot-gas-path components, which will need more cooling in turn. The heightened moisture content will also make hot corrosion more likely to occur, possibly reducing lifetime of some components.

Selective catalytic reduction (SCR) might provide a retrofit solution to the problem of NOx formation. Through a catalytic reduction process, NOx is converted to nitrogen and water. Usually, ammonia or an ammonia derivative is used as a reductant. The reductant is added to the flue gas and reacted onto a catalyst.

Limitations of SCR systems include contamination, plugging, and a finite lifetime. When temperatures are low, NOx reduction will not occur, causing ammonia slip when ammonia passes through the SCR unreacted. For existing power plants, there may be some ability to accept increases in NOx emissions based on existing SCR capabilities, if installed. Otherwise, retrofitting an SCR or increasing the capacity of the already installed SCR might provide a solution.

Diffusion combustors are already capable of handling hydrogen-rich, or even pure hydrogen fuel, when steam is used as a diluent. However, using steam as a diluent will require a large flow of high-purity water, additional energy to create the steam, and may increase stress on hot-gas-path parts due to increased heat transfer. Therefore, the focus of current research on hydrogen turbines is on dry low-NOx (DLN) technology for premixed combustors. The newest developments in DLN technology have shown to be capable of operating on fuels containing up to 50vol% hydrogen in H-class turbines, with a pathway to 100vol% capability.

Space. When a conventional natural gas turbine is retrofitted to burn hydrogen, adaptions need to be made. Changes include widening of pipelines and changing the material accommodating for a higher volumetric flowrate and preventing hydrogen embrittlement. There is not always space for wider pipes in a retrofit, so if there is a chance that the plant will run on hydrogen in the future it is advisable to build larger diameter pipes that can accommodate the needed volume of hydrogen. If the turbine needs to have its central axis lifted to accommodate for wider pipes, it might not be economically viable to retrofit for hydrogen in the system.

Since its volumetric energy content is about three times lower than natural gas, hydrogen will take up more space for the same energy content provided. It might be advantageous to store some hydrogen on-site to allow for continuous operation, even if there is an interruption in hydrogen supply. This can impact general plant layout and requires additional space, as there also needs to be safety zones around hydrogen storage tanks.

One often overlooked issue blocking the way to hydrogen-rich fuels is the vast supply of hydrogen needed to power utility-scale gas turbines. Current electrolysis plants are not capable of continuously providing large plants with hydrogen to run on high-hydrogen fuel. As an example, currently, the NEL M5000, one of the larger off-the-shelf hydrogen electrolysers available, is able to supply only about 1.2% of the hydrogen needed to run the 571-MW GE 9HA.02 turbine on 100% hydrogen. This is bound to increase as the market adapts to hydrogen, but space considerations arise if the hydrogen is to be electrolyzed onsite.

Piping. When transporting hydrogen via pipeline, it is important to consider delivery pressure and temperature to avoid hydrogen embrittlement in pipelines and auxiliaries. Hydrogen is typically compressed to between 35 bar and 150 bar for pipeline transmission; whereas, the distribution system that provides gas to many end-users typically operates at pressures less than 7 bar. Larger diameter pipes might provide equal mass flow at a lower pressure.

While hydrogen embrittlement does not occur in stainless steel equipment at 50 bar and 100C, which are the maximum values encountered in oil and gas applications, increasing the temperature to about 200C may cause H2 migration through the material. This can be an issue when preheating of the hydrogen is desired for improved performance, although 316L grade stainless steel is considered quite suitable in reducing this effect.

If taken into account, hydrogen embrittlement of equipment is easily avoided. In the gas turbine, a new combustion system might need to be implemented, which would require new fuel accessory piping and valves. New fuel skids might also need to be installed to accommodate the smaller hydrogen molecule.

Newly installed low-pressure gas distribution pipelines are often made of polyethylene or fiber-reinforced polymer. Only minimal changes need to be made if these pipelines are already in place, or if only a blend of hydrogen and natural gas needs to be transported. More consideration needs to be made when transporting pure hydrogen.

Fuel Handling. Some considerations also arise for handling the gas. As hydrogen is a very light gas, the molecule is so small that it can diffuse into some materials, including some types of iron and steel pipes, and increase their chance of failure. The small size of the hydrogen molecule also escapes more easily through sealings and connectors than larger molecules, such as natural gas.

Hydrogen is a non-toxic gas, but its high flame velocity, broad ignition range, and low ignition energy make it highly flammable, and its high buoyancy and diffusivity cause it to dissipate quickly, mitigating explosion risk. Hydrogen is colourless and odourless, and it burns with a flame not visible to the naked eye, making it harder for leaks and fires to be detected. These properties of hydrogen require changes to mitigate safety concerns. These changes include flame detectors capable of detecting hydrogen flames and upgrading gas sensors able to detect gases with reduced hydrocarbon levels, due to the reduced level of natural gas in the fuel. Enclosure and ventilation systems might need to be modified to mitigate explosion and fire risk.

However, there are already many decades of experience in using hydrogen industrially, including in large, dedicated distribution pipelines, and protocols for safe handling at these sites are already in place. At the international level, no standards have yet been issued to operate hydrogen in gas turbines.

Other Considerations. Next to the above-stated considerations, further miscellaneous adaptations to an existing plant should also be reviewed. Due to possibly higher exhaust energy, the heat recovery steam generator (HRSG) might need to be adapted, which could be a major capital expense. Minor updates in the control system also might need to be made, which might impact gas turbine performance, both output and heat rate. If the plant has a long-term service agreement, an increase of hydrogen content in the fuel needs to be discussed with the service provider, because there might be an increase in maintenance cost.

Summary of Consideration When Changing to Hydrogen-Richer Fuels

Due to their flexibility, changes in gas turbine fuel are possible with some reconfiguration, allowing the use of existing gas turbine equipment. However, the magnitude of changes required is a function of the amount of hydrogen in the fuel. Low-hydrogen fuels can often be burned with minimal changes, but configuring a gas turbine to burn just hydrogen will require a thorough review of the plant.

If the new fuel will be a blend of hydrogen in natural gas, the required changes might be limited to controls updates along with new combustor fuel nozzles. Many variations are dependent on the application. Required changes will need to be reviewed in a case study. Table 2 displays the main considerations of burning hydrogen in a combined cycle power plant.

One company paving the way for hydrogen-fueled utility-scale gas turbines is the Swiss-based SS&A Power Group, specialized in gas turbine technology. G2P Adriatic AD, one of its subsidiaries, is currently working on a project to replace an old coal-fired power plant in Montenegro with a 200-MW gas-fired plant, with a direct pathway to hydrogen fuel. The aim of the project is to include the whole hydrogen chain, including generation of green hydrogen.

In addition, SS&A Power Consultancy is advising existing plant owners on hydrogen for gas turbines, including feasibility studies on the retrofit options for hydrogen. Many owners are also considering hydrogen readiness as an important consideration for new-build combined cycle plants. Having the ability to switch to hydrogen when the regulations require it, or when it’s economically advantageous, is seen as a way to “future-proof” gas-fired technology to ensure the plants can remain competitive for the long-term.

As hydrogen is gaining a foothold in the energy industry, developments are bound to follow in rapid succession, increasing the economic and technical feasibility, allowing for the implementation of hydrogen in a green and robust energy industry.

—Sebastiaan Mulder is a student at Delft University of Technology and an intern with SS&A Power Consultancy AG.