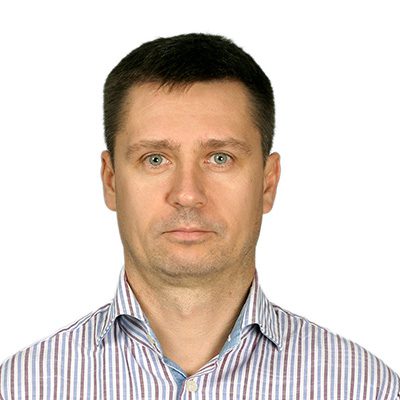 We have all experienced power outages; accidents, alas, do happen. The length of time it takes to restore the power supply always comes to the fore, because in addition to the millions of dollars in potential losses for the industry, a prolonged outage can have social consequences, especially if homes, schools, hospitals, and other vital facilities are affected. This becomes especially dangerous in the winter.

The longest power outages are caused by incidents involving collapse of towers due to natural disasters: lightning fronts, tornadoes, hurricanes, etc. The urgent need to reduce the time to eliminate the consequences has led to the development of various types of quickly mounting towers for overhead lines all over the world.

The specialists of our company did not stand aside. Our company operates in sparsely populated, difficult-to-pass, swampy terrains, where the quality and quantity of road infrastructure also leaves much to be desired. In such conditions, we had to develop a temporary tower that would enable us to install it without hoisting mechanisms in the field. Such a tower must be light, durable, resistant to natural and climatic factors, and it should not require the construction of a special foundation. The above-mentioned qualities are especially relevant for our company in the summer and autumn period, when it is almost completely impossible to deliver and install steel or reinforced concrete towers at the accident site (work in the permafrost zone is available only in winter, after the ground freezes and there is a snow cover).

The work on the development and calculation, together with the specialists from Novosibirsk, started in 2014. Different versions were offered for consideration by the partners, from which the experts of our company chose the version of a pyramidal construction with polymeric insulators, consisting of props, made of composite material.

The base of the proposed support tower is made in the shape of a triangle, for installation on the ground without using the foundation (Figure 1). In the upper part of the structure, there are crossed sections of vertical struts, to which transmission line wires are attached using polymeric insulators. Two edges of the pyramid are formed by two X-shaped intersecting struts, and the third is a strut supporting the main struts.

A calculation was performed that included a static calculation with the determination of forces between internal elements of the support tower, and verification of strength, stability, and flexibility of elements of the tower. A prototype was made and subjected to field tests (Figure 2), which revealed the need for improvement. For the convenience of personnel who go up onto the support tower, there were made and installed special step-bolts in the body of the tower stands, a safety halyard was installed, and many other items added.

Experimental tests proved the operational suitability and calculation correctness, and also the ability to install the tower without the use of hoisting machines was confirmed in the process. To reduce the assembly-disassembly time of the support tower, the connection node in the middle of each stand was equipped with two turnbuckles, and the stands were equipped with a hinge knot for protection against breakage during installation on an uneven surface.

The result of the work was a well-designed and tested tower with the following capabilities: installation by a team of eight people within eight to 10 hours, followed by the installation of wires, taking two to three hours. The structure weighs about 5,500 pounds and has an overall dimension of 6.6 feet x 3.3 feet x 33 feet in the transportation position. Lifting of the X-shaped intersecting struts requires a pulling mechanism with a force of two tons (light all-terrain vehicles, crew truck). Once the conventional tower has been installed, the temporary tower can be disassembled and transported to a storage location for reuse.

The first case for the actual application of the temporary tower was not long in coming. In the power grids of our branch, a damaged tower #116 of the 35-kV Komsomolskaya-Severny Kupol line was identified. It had an emergency slope due to the impact of frost heave on the foundation and the uneven extrusion of piles of the foundation from the ground. When the spring comes, because of the thawing of the soil or the impact of winds, the tower could fall. To prevent such a situation, we decided to install a new composite tower.

A crew of six people installed the tower in eight hours, and within six hours after that, made the removal of the wires from the emergency tower and installed them on the temporary tower. Of course, the tower was installed in the winter (Figure 3), because in the summertime the work in such a swampy terrain would take longer. As a result, the temporary tower remained in place for about two months and no problems were detected.

Later, our organization had the experience of delivering to the accident site already-assembled towers with the use of helicopters. Installation of the assembled tower in the overhead line by a helicopter saves time and reduces labor intensity for the personnel. The work at the accident site is reduced to the release of wires from under the fallen tower and their installation onto the temporary tower.

The advantages of quickly mountable towers meant to eliminate accidents include absence of need for a foundation, fast delivery to remote areas, possibility of multiple uses, and suitability for installation on soils with weak bearing capacity (swamps). Later, a patent was obtained for this design.

In conclusion, the work was challenging, but very necessary and completed in a responsible manner. We have developed a convenient tool for eliminating the consequences of overhead line accidents, which is now used not only in our organization, but also by many others. This innovation is actively spreading throughout the entire power system of the country, giving the idea and its implementation a truly national scale. This development could also be of interest to the global electric power industry, especially in regions located in the permafrost zone—primarily Alaska and Canada, as well as to the sites of systematic natural disasters, in particular, the entire Tornado Alley in the U.S. and hurricane-prone Florida and other states along the Gulf Coast.

—Konstantin Ivanov is deputy CEO for Development with JSC Rosseti Tumen. He has a Master of Science degree in Power Engineering, and is a well-known engineer and manager in the Russian power industry with nearly 20 years of experience in the field.