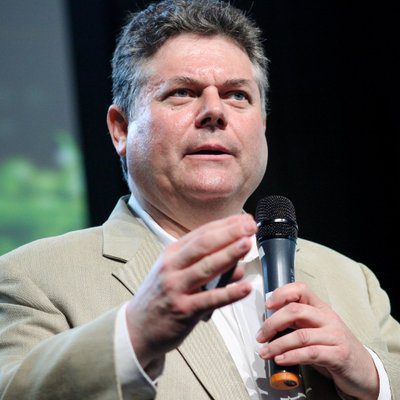 With the increased value of distributed capacity in various energy markets, there is a growing demand for generators in microgrids, which are local energy systems that can be disconnected from the electric grid. Propane-powered generators will continue to be an important part of the solution and a focus of ongoing policy discussions.

Whenever extreme weather events pound the U.S. (including hurricanes and fires), utility safety shutdown programs ramp up. These safety-driven power shutoffs are pushing commercial and industrial energy consumers to seek solutions that not only meet corporate sustainability objectives, but also provide a greater measure of resiliency.

The U.S. Department of Energy’s Energy Information Administration published an important piece of research in 2020, which carries this headline: “More than 60% of energy used for electricity generation is lost in conversion.” One primary reason for the shift to cleaner fuels for utility purposes is to gain important energy efficiencies. According to the study, “in 2019, of the 11.9 quads of natural gas consumed for electricity generation, natural gas plants converted 45% (5.4 quads) into net generation of electricity. By contrast, of the 10.2 quads of coal consumption, coal plants converted 32% (3.3 quads) into net generation.”

Benefits of Propane Over Natural Gas

Natural gas and propane are more energy efficient than coal, and cleaner. Dr. Christopher Baird, assistant professor of physics at West Texas A&M University, published an article several years ago answering a simple question: Why is propane stored in household tanks but natural gas is not? The reason, he wrote, is that propane has a much higher boiling point (–44F at atmospheric pressure) than natural gas, or methane, (–260F at atmospheric pressure). That means a much lower pressure is required to keep propane in a liquid state at room temperature (70F) than is required to keep methane in a liquid state (about 123 psi versus 4,641 psi, respectively). Therefore, a common household metal tank can withstand the pressure required for propane, but not for methane.

Propane storage offers at least three advantages for power companies. They are:

■ In winter storms, such as Uri in 2021, propane can be stockpiled next to a power generation plant.

■ Because propane can be stockpiled, purchasing it can be done when supplies are high and costs are lower—it’s a hedge.

■ “Peak shaving” with propane makes sense. Stored propane is effectively a battery that can be turned on when the price of other fuels peaks or the load on the grid peaks.

As an increasingly viable option for the future, microgrids have gained in prominence as utility services have become more fragile in the face of climate change. Furthermore, some independent system operators and regional transmission organizations, such as the Electric Reliability Council of Texas (ERCOT), have shown that they can’t be entirely expected to successfully manage their grids. In this kind of a world, it makes sense to decentralize the grid so that it can be run more efficiently, and more safely, using an array of energy sources. Microgrids are often a combination of solar, wind, and propane.

California is clearly the hotbed of innovation in this area. In recognition of that fact, the U.S. National Science Foundation awarded a $39 million grant in October 2020 to better integrate renewables into the power grid. The funds are helping a team of engineers and computer scientists at the University of California, San Diego build a first-of-its-kind testbed to better understand how to integrate distributed energy resources, such as solar panels, wind turbines, smart buildings, and electric vehicle batteries, into the power grid. The goal is to make the testbed available to outside research teams and industry by 2025.

One emerging strategy for improving the resilience of local electricity distribution systems is the deployment of microgrids. These represent a truly innovative approach that help to solve a number of the problems facing California’s cities. In the event of a larger-scale emergency, microgrids can “island” their service area and continue providing electricity until the larger grid is restored, depending on their design.

Microgrids can be as small as a single building or set of critical building functions, or as large as an entire corporate or academic campus, downtown business district, or neighborhood. Microgrids can be powered with traditional combustion energy sources (such as generators), by renewable energy sources (solar, wind, or biogas), or a combination of these and storage.

There are already several noteworthy examples of microgrids in California. The Blue Lake Rancheria microgrid (Figure 1) allows a small, isolated community to remain self-sufficient in the event of storm, seismic, or other grid impacts. Energize Fresno has deployed a “virtual” microgrid, enabling local businesses to save energy, generate clean energy locally, and create local economic opportunities. The Berkeley Energy Assurance Transformation (BEAT) microgrid project ensures that critical city operations are not disrupted by larger power system interruptions. And both the University of California, Irvine and University of California, San Diego have large-scale microgrids for research and reliability purposes.

However, even before the results from new federally funded initiatives are known, it’s important to ask the question: How well are real-world systems working? Examining two of the more interesting cases from California provides an answer.

Liberty Utilities is a regulated utility with about 50,000 customers on the west side of Lake Tahoe. Last year, it was investigating mitigation options to harden a transmission line serving one of its customers. The company examined making upgrades to mitigate the risk of wildfire, such as installing covered conductors to its transmission lines that run through a mountainous area to a remote research station operated by the University of California, Berkeley. But after Liberty’s team ran an analysis of cost and feasibility, they realized it would be better to de-energize the line during wildfire season and instead use a containerized solar/storage system developed by BoxPower, a privately owned company based in Grass Valley, California.

According to Amanda Chee, Liberty Utilities’ program manager for Capital Administration and Planning, the company was “looking to make certain upgrades to target our transmission lines for wildfire season. In the process of developing the project for the line, we realized that this could have been a very expensive project.” It would have cost about $3 million to harden the entire four-mile line, which has 90 poles and serves Berkeley’s Sagehen Creek Field Station. BoxPower’s solar/battery system with propane backup will allow the utility to de-energize the lines in summer, according to Chee.

Another example is worth citing here. In June of last year, BoxPower and Pacific Gas and Electric (PG&E) commissioned that utility’s first remote microgrid (Figure 2). The central aim of this important project was to reduce wildfire risk for customers located in Mariposa County, one of California’s high-fire-threat areas. The microgrid accomplished that goal.

According to Angelo Campus, CEO and co-founder of BoxPower, a focus on achieving complete power reliability was essential while designing microgrids for PG&E and Liberty Utilities. “Pairing propane-fueled generators with solar power and battery storage ensures a constant energy supply for BoxPower customers. Integrating propane for backup power increases the reliability of the overall system. Propane fills the niche as an always-available power source that smooths out the intermittencies of solar and wind resources,” he said.

It’s becoming clearer with each passing year that, when combined with solar and battery systems, propane provides that essential backup power during extended periods of low solar production or higher than expected loads. Campus said, “It gives BoxPower and our clients the sense of security needed to deploy solar as a 24/7/365 off-grid power source.”

Combining solar power, battery storage, and propane-fueled generators also offers a cost-effective approach to reaching 100% reliability. Campus and his team at BoxPower have come to the same conclusion as their customers: “The alternative option—significantly increasing solar and battery capacities to account for worst-case scenarios—leads to underutilized assets and non-viable project economics.”

BoxPower is currently working to test and demonstrate hybrid microgrids fueled by 100% renewable propane, providing customers with a 100% reliable, fossil-free energy source. Campus said that combining solar, battery storage, and renewable propane will be an affordable, reliable, and decarbonized approach to permanent off-grid power. “I foresee renewable propane as the future of propane. Utilities such as PG&E and Liberty Utilities are prioritizing decarbonization. When they turn to BoxPower to design off-grid solar power and battery storage systems, we suggest propane as a cleaner burning alternative to diesel for backup generation,” he said.

Black & Veatch is one of the leading microgrid innovators, and years ago it created a system for the firm’s own global headquarters in the Kansas City metro region. According to Randal Kaufman, sales director for Black & Veatch’s Transformative Technologies business, microgrids “offer energy resiliency and availability” and also, depending upon the microgrid, “predictable costs of operations.”

Kaufman defined resiliency as the ability to overcome disruptions and maintain operations. “Availability is very specific to the uptime,” he said. “They kind of go hand in hand, but resiliency doesn’t necessarily infer availability. Resiliency means there may be an outage but you could react to it quickly and resume operations with minimal interruption. Availability is truly the electrons are always there or they’re not. It’s really taking a page from the data center playbook. An overall metric for utility uptime is 99%, meaning 1% of the time the power is out on an annual basis.”

Of course, “microgrid” is a broad, loose term, meaning different things to different people. Kaufman thinks that it should be “a blend of using onsite generation and storage resources along with the utility, so the combination is a higher resiliency and availability than just the utility alone. It just depends; some of them are island mode—operating without the utility—and some are not. Island mode may be for the economics of reducing the costs, especially when you get peak periods, like in California.” When you add in energy storage and load-management software, and some onsite prime generation, it’s possible to reduce demand charge from the utility, and reduce peak-period energy costs.

—Gordon Feller (@GordonFeller on Twitter) is a leading advisor on energy futures and provides insights to top executives at many of the world’s leading organizations. From his Silicon Valley base, he’s worked during 40 years with large companies, associations, universities, governments, and international organizations, and he’s published more than 400 articles.