“Smart Power Generation at UCSD” explains how the University of California, San Diego (UCSD) is maximizing the value of combined heat and power. However, like any other grid-controlling entity large or small, the campus has to match generation and load (see Figures 1 through 4). Its two Solar Turbines gas turbines operate in baseload mode 24/7 while the cogeneration side of the plant maximizes the value of “waste” heat and electricity that isn’t needed to serve immediate load by generating steam and chilled water for campus heating and cooling. When heating and cooling capacity isn’t required, waste heat is directed to a Dresser-Rand heat-recovery steam generator to provide extra power.

With this comprehensive design, the campus can provide 85% of its annual electricity demand. Power purchase agreements fill the gaps. 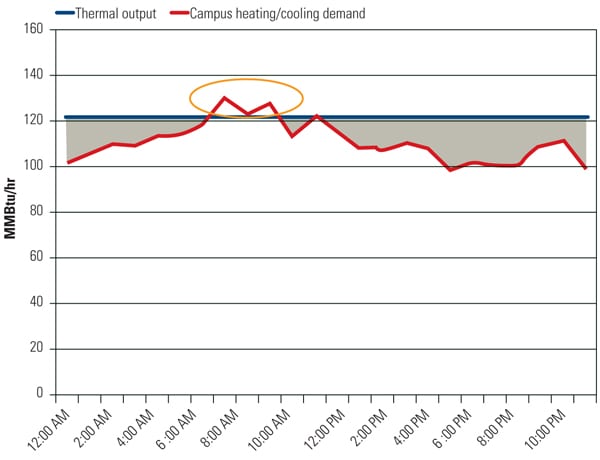 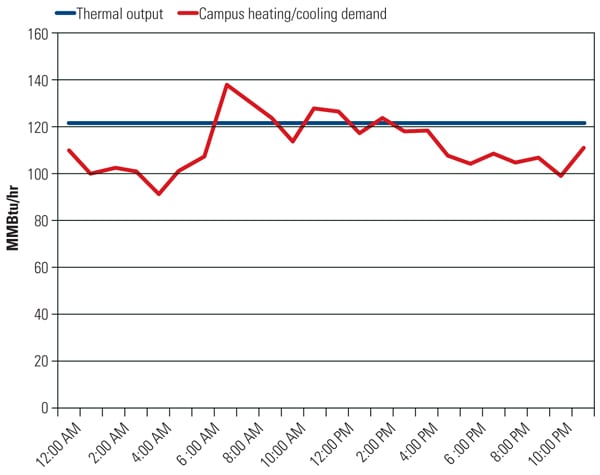 2. Summer thermal load profile. Water for cooling is chilled and stored during evening hours, when the thermal load is lowest. Source: UCSD 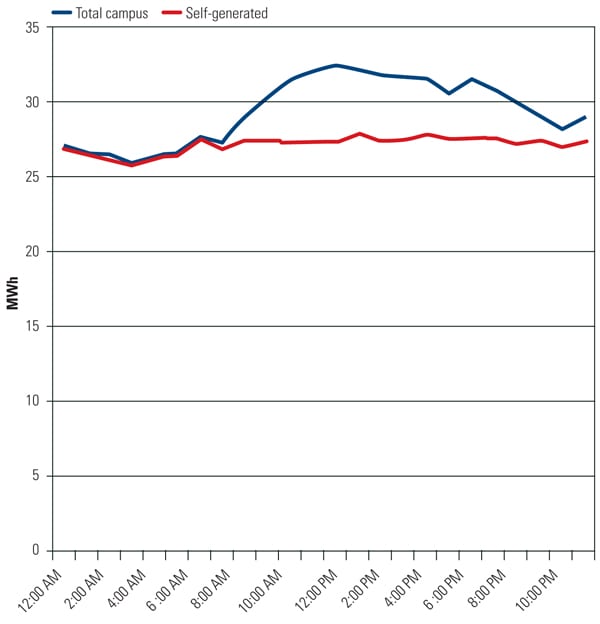 3. Winter electrical load profile. Though the campus cogen system can supply about 85% of electrical demand annually, it purchases power to meet peak demand periods in both summer and winter. Source: UCSD 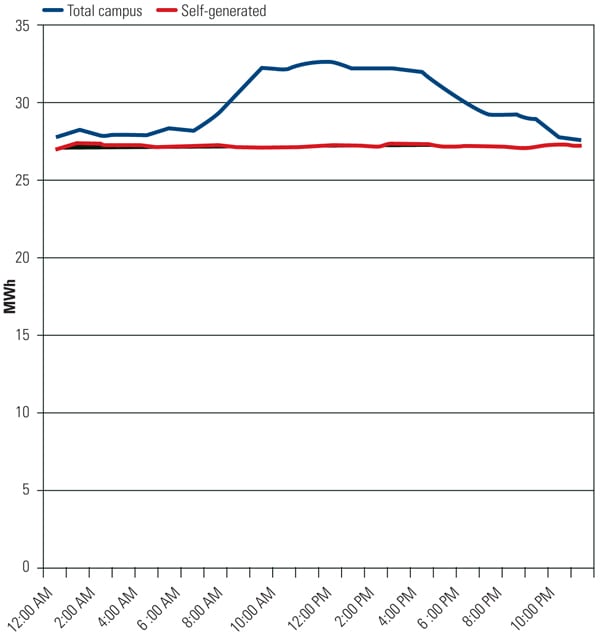 Though economics rather than reliability provided the rationale for building the UCSD cogen plant, reliability could become a more important benefit over time. San Diego Gas & Electric noted on its website (mid-July) that California’s best bet to meet power demand is to build more transmission lines. The utility also notes that “The U.S. Department of Energy says San Diego’s energy corridor is one of the two weakest in the nation.”