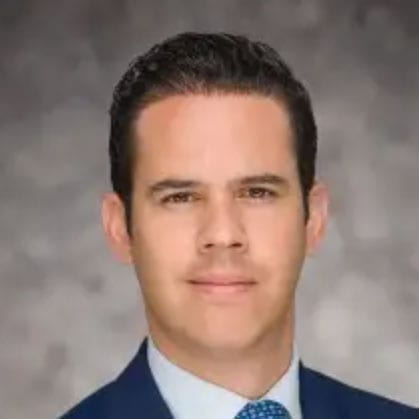 Although Mexican economic history shows moments of tension between the private sector and the federal government—for example, during the administration of President Luis Echeverría (1970-1976)—never in the modern era has such tension reached the levels experienced at this time. The attacks on the private sector, including foreign investment, that the current federal administration has carried out in various industries, such as electricity, will have international repercussions that are diametrically different from the state of defenselessness that business interests experienced half a century ago in Mexico.

Fortunately, for foreign investors, Mexico has never had such a solid investment protection structure as it has today. Currently, Mexico has 54 international treaties in which it is obliged to protect foreign investment: 12 free trade agreements signed with 46 countries, 32 agreements for the reciprocal promotion and protection of investments with 33 countries, 9 agreements of limited scope within the framework of the Latin American Integration Association (ALADI), and the Trans-Pacific Partnership Treaty, which it has with 10 countries.

Under these international treaties, foreign investors that are affected by the actions of the Mexican state have the unilateral right to sue Mexico before an international arbitration tribunal to seek to recover damages suffered from treaty violations (commonly called “investment arbitration” or “investor-state arbitration”). This is subject to compliance with certain requirements set forth in the applicable treaty for each case.

From the beginning of the current administration in December 2018 until today, it is possible to trace presidential speeches, public policy announcements, issuance of administrative instruments, statutory changes, and even attempts to violate judicial independence and tactics to chill adverse litigation in connection with the electricity industry. All this, with the government’s purpose of trying to make a nostalgic dream of (artificially) empowering the Federal Electricity Commission (CFE) and Petróleos Mexicanos (PEMEX) come true, at the expense of their competitors, in an openly unequal legal and regulatory framework.

Specifically, the current federal administration’s attacks on the private electricity industry in Mexico can be traced back to at least January 2019, when the National Energy Control Center (CENACE), at the request of the Ministry of Energy (SENER), indefinitely cancelled the clean energy auctions. This also affected the market for Clean Energy Certificates (CELs).

From that moment on, the federal administration let loose an avalanche of maneuvers to undo key parts of the 2013 energy reform, reduce private investment (including foreign), strengthen the national electric service and, consequently, weaken clean and renewable energy resources that are in the hands of the private sector. Among these maneuvers are CENACE’s reliability agreement, SENER’s reliability policy, the increase in porting costs, and the agreements of the Energy Regulatory Commission (CRE) unfavorable to renewable energy.

This set of maneuvers has culminated, so far, in the enactment of amendments to the Electricity Industry Law (LIE), which include and embody several elements that the federal administration had previously tried to promote through lower-hierarchy rules. It is worth mentioning that the application of these amendments is currently suspended generally—which means that they cannot be applied to anyone, due to several suspensions granted by judges in Amparo trials.

In response to the various attacks that the federal administration has launched against the private electricity industry, it should be noted, most of the affected foreign investors—as well as the rest of the private sector—have opted to resort to Amparo proceedings, which are dealt with by Mexico’s federal courts, to challenge the government’s actions. In addition, in the particular case of foreign investors, they have done so even before suing the Mexican State in investment arbitration—which is a card they are saving in their back pocket as a last resort. This assortment of domestic and international defenses, together with a critical and participatory civil society, is what has allowed—and will make it possible for— affected parties to “pull the hand brake” to a very clear trajectory contrary to economic competition and environmental protection in the electricity industry.

Whether by companies, non-governmental organizations, municipalities, federal entities, competition bodies, and opposition political forces, the challenges to the LIE are growing day by day. Their purpose is to seek the protection of the federal courts in the face of the unreasonable changes to the LIE that, in essence, drastically restrict the private sector’s deployment of clean and renewable energy sources. In addition to their contributions to the fight against climate change, these modern energy sources—which total more than $12 billion in private investment—cost to the consumer on average one-third less than those in the CFE’s obsolete and polluting portfolio.

Against this backdrop, it will be the decision made by the plenary body of the Mexican Supreme Court of Justice (SCJN), most likely regarding an Unconstitutionality Action to be filed in the next few days by a qualified minority of senators, which will decide the fate of the amendments to the LIE. Once that lawsuit is filed, all Amparo cases pending will be suspended until the SCJN resolves it. When it is resolved, the SCJN’s decision will provide the basis for all pending judicial decisions regarding the amendments to the LIE. The spotlight is now entirely focused on the historic role that we expect the highest Mexican court to assume—responsibly and independently.

If the SCJN decides to validate the LIE amendments, international investors will have no other choice but to resort to investment treaty arbitration. This could unleash the most furious tsunami of investment arbitrations against Mexico and potentially make it the most sued state in the history of investor-state dispute settlement (ISDS). If this scenario is fulfilled, once the cascade of condemnatory awards from international tribunals begins to flow, because that is what is expected given the indefensible nature of the violations of investor rights caused by the amendments to the LIE and other government actions, the amounts of compensation to be paid by Mexico will be so high—estimated by the Business Coordinating Council (CCE) at more than $40 billion—that their terrible consequences will transcend the current administration and will affect Mexicans for several generations.

As an additional point, and due to the unfortunate positions of the current administration in this regard, we cannot lose sight, whether we agree or not with the changes made to the LIE, of the importance of respecting the independence of the judiciary and the freedom of lawyers to practice their profession. Both represent fundamental principles of the Mexican Constitution and various international treaties signed by Mexico. Likewise, such principles will be essential to ensure that the rule of law prevails in a decision with such transcendence for the country, its inhabitants, and those who invest in it, as the one we will see in the following months in connection with the LIE.

—Diego Durán de la Vega is a partner and co-head of the Latin American Disputes practice at U.S. law firm Hughes Hubbard & Reed LLP. He is a co-author of the collective work entitled “Commercial and Investment Arbitration in the Energy Sector in Latin America,” recently published by Tirant Lo Blanch, under the coordination of David Enriquez and Francisco González de Cossío. This article represents exclusively the personal point of view of its author. For the preparation of this article, the author is grateful to David Enriquez for his feedback, both on the procedural status of the amendments to the LIE, as well as on the possible consequences in an eventual investment arbitration scenario.