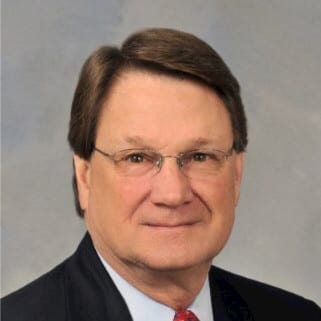 The way we generate and distribute electricity has become a Rubik’s cube for power companies, regulators, and consumers. The need to reduce carbon emissions linked to climate change by investing in renewables is acknowledged by most experts. At the same time, recent unusual weather events have demonstrated that there is also an urgent need to meet increases in demand while keeping power reliable and affordable.

Anyone who ever tried to move the sides and rows of a Rubik’s cube without a strategy knows what a frustrating exercise it is. Puzzle aces recommend a “white cross” or “daisy” pattern to get started. Sticking with this strategy, even amateurs can flip their way to a cube with six uniformly colored faces.

In the electric power puzzle, the “white cross” is reliability. If the Federal Energy Regulatory Commission (FERC) can get that element right from the get-go, the patchwork of private and public companies that operate the nation’s power grid and its related infrastructure can more readily incorporate strategies to address climate change without saddling ratepayers or taxpayers with soaring costs. A strategic balance of priorities can avoid a zero-sum game, but no other issue for FERC is more important than ensuring reliability.

The bitter cold that hit Texas and others in the region—including my state of Louisiana—in February and the outages that plagued California last summer served as wake-up calls as to what might lie ahead, if reliability doesn’t remain paramount for regulators and companies. Prior to the February events, Texas’s energy market structure was focused on reducing carbon emissions and boasted some of the lowest energy costs in the country. But in light of the extreme winter freeze for the state, Texas came up short in terms of reliability. In Texas, rates went through the roof and power was simply unavailable. More than 100 people died as a result.

In California, meanwhile, last summer’s power interruptions had more to do with not having the power generation resources in place to meet demand in scorching hot weather. However laudable the goal of moving to a zero-emissions power grid, California officials and power customers discovered there are engineering limits to getting solar and wind projects online while also retiring nuclear and natural gas-fired sources. Californians are likely to face more blackouts as utility companies try to reduce the risk that power lines could spark deadly wildfires.

To be sure, the Siberian cold snap that hit Texas so hard was so anomalous that it would not make sense to immediately make the very expensive infrastructure investments to be ready for a recurrence. But that is not to say utilities and power grid administrators should not be learning from the experience. As a precautionary measure during the February freeze, Entergy Louisiana, at the direction of the Midcontinent Independent System Operator, initiated a series of limited power outages. This was aimed at preventing a more extensive, prolonged power outage. The bottom line was ensuring the reliability of the power grid.

Two years before unprecedented outages that hit Texas and California, the Department of Energy estimated the annual costs of power outages for businesses was about $150 billion. That figure is likely to grow without policies to improve reliability. A growing population and unstable weather patterns almost guarantee it. The North American Electric Reliability Corp. (NERC) issued a recent report predicting California, Texas, New England, and parts of the Midwest face “elevated risks” of energy emergencies this summer.

At a two-day conference FERC hosted in early June, officials from the National Oceanic and Atmospheric Administration confirmed that changing weather patterns could mean more extreme heat in some places, unusual cold in others, and more intense storms. All of this could mean power outages that might pose more than a mere inconvenience.

At the FERC conference, Alison Silverstein, an independent consultant, explained that for years grid operators based their plans for resilience and capacity on a one-in-10-year weather-related event. She said the standard is clearly outmoded in part because it is focused mostly on power generation, and underestimates the random dynamics of meeting demand at certain price points and the sources of energy now in the power grid.

FERC is trying to balance competing priorities—lowering carbon emissions in the electric grid, reliability and safety, and ensuring affordable electricity for consumers. Having served on the House Energy and Commerce subcommittee that oversees FERC, I can appreciate that the commissioners have a Rubik’s cube of policy challenges to address. However, if they start by making reliability and resilience a priority, it could facilitate progress on other objectives while ensuring America’s electric grid operates effectively for everyone.

—Charlie Melancon is a former Democratic member of Congress who served on the House Energy and Commerce Committee, which has oversight over the Federal Energy Regulatory Commission.