President-elect Donald Trump is expected to name Rep. Cathy McMorris Rodgers (R-Wash.) as his nominee to be Secretary of the Interior. There had been no official announcement as this was being written December 9, but CNBC said it had been informed of the choice by a “senior Trump official.” The Wall Street Journal and the New York Times also reported the McMorris Rodgers pick, without any attribution.

McMorris Rodgers, 47, is chair of the House Republican Conference, making her the highest-ranking Republican woman in the House and the fourth highest-ranking Republican. She was elected to Congress in 2004 from Washington’s fifth Congressional district, after 10 years in the Washington House of Representatives, where she rose to become minority leader. Her congressional district includes Spokane and the eastern portion of Washington. 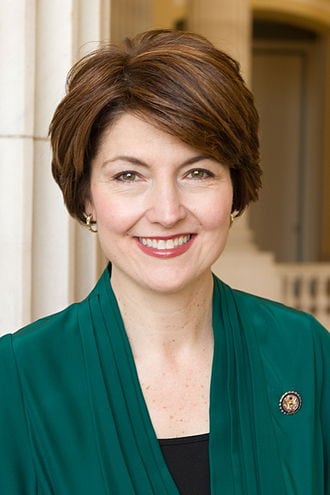 McMorris Rodgers in Congress has paid special attention to hydropower (she founded the Hydropower Caucus), forest policy, and federal lands issues, all of which touch Interior’s authority. Federal land makes up about 28.5% of the area of the state, some 46 million acres, according to Balletopedia.

In the state legislature, McMorris focused on protecting energy, mining and timber interests and supporting conservative social causes. When she left Washington State for Washington, D.C., those interests remained. Reuters described her as “a strong advocate of increased oil and gas development who is skeptical about climate change.”

Environmental activists predictably targeted McMorris Rodgers for opposition. Gene Karpinsky, head of the League of Conservation Voters, said in a written statement, “Rep. McMorris Rodgers has consistently voted to prioritize drilling on our public lands and waters, including in sensitive areas like the Arctic, and even to open up our public lands for sale to the highest bidder. Not only that, she refuses to accept settled climate science, which is disturbing but hardly surprising given that Big Polluters have spent over $350,000 to keep her in office.”

McMorris Rodgers would replace another Washington woman, Sally Jewell, as Interior Secretary. President Obama appointed Jewell, 60, who had been the CEO of REI, the co-operative outdoors equipment outfitter, in 2013, replacing Ken Salazar. Jewell is an engineer with oil and gas industry experience before she became a banker and business executive in Seattle. McMorris Rodgers would be the third woman Interior Secretary after Jewell and Gale Norton, who served in the George W. Bush administration.

The Interior Department has broad jurisdiction over federal lands and offshore territory, including provisions for issuing leases for energy exploration and production. Rodgers, according to several reports, would likely move to overturn Obama administration policies to restrict oil and gas leases on and offshore. She is not expected to encounter much opposition when she comes up from Senate confirmation.