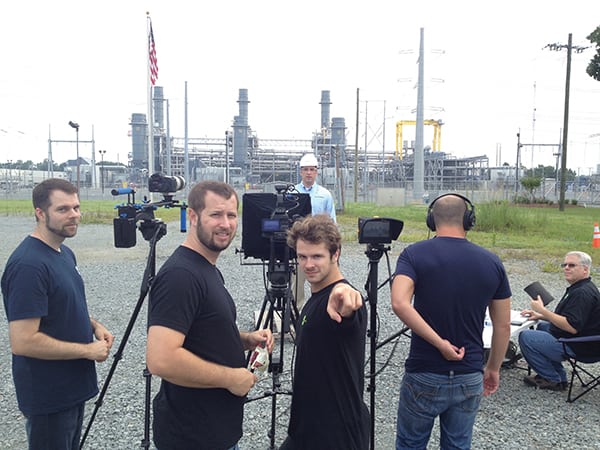 Inexperienced new hires at an electric utility station face steep challenges in learning correct practices and procedures for the several hundred systems in the facility. A single work routine may have numerous steps, different switches and valves look the same, and errors can have significant consequences.

What’s the best way to train these new employees? Most plants document procedures in technical manuals and binders, but just reading these procedures is not always an effective learning method. Experienced employees can demonstrate a practice, but these personnel may not always be available, and training takes them away from other duties. For these reasons, power plants need a way to distill the information from thick binders and the memories of veteran workers and deliver it quickly, consistently, and effectively to new employees.

In 2014, the Electric Power Research Institute (EPRI) sought to meet this need by launching a series of training videos called “What Does ______ Look Like?” to demonstrate good operating practices to power plant workers. Each 3-to-5-minute video demonstrates a specific practice, with simple narration to point out key messages. The series includes common utility practices and human performance tools—from a pre-job briefing to peer checking.

According to the U.S. Department of Labor, as much as 50% of the country’s electric utility workforce is expected to retire in the next five to 10 years. These workers acquired their skills over many years of observation and practice, but when they leave, that critical experience and know-how will walk out the door and not be easy to replace.

In addition, the makeup of the workforce is changing. Today’s power plants are no longer likely to have staffs that largely consist of employees with 30-plus years of experience, workers who “grew up” at that plant and know procedures inside and out. Increasingly, plants are more likely to have a large percentage of new employees with little hands-on experience. For the first time in history, five generations will soon be working side by side.

One of the key challenges for the electric utility industry, therefore, is the “transitioning workforce.” Putting good procedures in place and using human performance tools and skills that are consistent across the board is a good way to help less-experienced staff get up to speed quickly in order to match the experience that was available in the past (Figure 1).

Over the years, EPRI has published documents with a focus on Conduct of Operations and documenting good operating principles. The reports were compiled by reviewing plant operating histories, incident reports, accident reviews, equipment damage, plant down-time, and personnel interactions. These good operating practices have covered topics such as procedures, communications, human performance, shift turnover, log keeping, rounds, and so on. However, these guidelines did not provide a visual example of how these operating principles should be implemented or practiced.

The Value of Video

Neva Espinoza, EPRI’s director for power plant components and process, conceived of the video series when she was visiting a plant to discuss best practices with personnel and realized that many of the newer employees did not know what certain practices were supposed to look like (Figure 2). They rarely had the opportunity to travel to sites where they could observe best practices in use. Just describing a task in a few sentences did not adequately convey it to someone who had never witnessed it. What was needed was a simple visual enactment of the procedures.

Videos offer a number of advantages. They provide an actual demonstration of what the process looks like. Watching them usually takes just a few minutes, thereby reducing training time. Within the videos, a subject matter expert can point out the important features of the process (Figure 3). When the video is over, an on-site technical expert can discuss site-specific issues. The videos can be watched at any time, on a variety of devices, and they can be archived so that when the veteran employees are gone, their expertise is still available. After new employees watch a video, the practices become second nature.

Videos are also a better match for the new generation of utility workers, who are used to accessing information electronically and watching YouTube videos to gain new skills. See the video below for an overview of the project.

Importantly, the EPRI videos are accurate and authentic. The videos adhere to the best practices described in EPRI’s written guidelines and draw on the knowledge and insights from thousands of pages of reports. The scripts are written by power plant operations and maintenance personnel to ensure that the scenes and dialog are technically accurate and understandable. Finally, the scenes are filmed on site at power plant locations, and the “actors” are actual plant employees (Figure 4).

“I think the opportunity for new people coming in to see these videos is going to put what they actually have to do, and how important it is, in perspective,” said Leslie Blevins, budget analyst at South Carolina Electric & Gas’s Cope Station in Cope, S.C. “Of course, some of the equipment out there is going to be new to them. Processes are going to be new. The procedures are going to be overwhelming. So, to see a physical video of actual people doing what we expect you to do is going to make the transition a lot easier.”

The topics for the video series were chosen based on the interests of EPRI member utilities. The series currently includes six videos portraying human performance tools and four videos on proper execution of lockout/tagout (LOTO). Utilities are using the videos in different ways. Some are incorporating the videos into their plant training courses, while others are posting the videos online to be viewed at their employees’ convenience. Following are brief discussions of the 10 videos in the series.

Questioning Attitude. This video defines “questioning attitude” as being attentive to all conditions. It notes how employees involved in a familiar work routine may relax mentally and ignore or rationalize abnormalities. To have a questioning attitude means to review a situation to see if things are in the right place or as they should be, every time. In one scene, an operator notices a trend in data and recognizes that a differential pressure is higher than expected. Rather than simply recording the data, he brings it to the attention of the shift supervisor so that further investigation can be conducted. In another scene, two workers walk from one site to another. The first worker is focused on his destination and walks past a water puddle under a piece of equipment. The second worker sees the water and reports it.

Self-Check. This is a simple human performance tool for helping workers focus on a task. It is used in performance of any activity where mistakes could result in significant consequences. The tool is symbolized by the acronym STAR, which stands for Stop, Think, Act, and Review. The scene shows an employee who has been assigned a work order to turn a switch. Before taking the action, he pauses to review the step. He considers: What are the hazards in this work area? Am I at the right component? Do I understand the procedure? The worker reads aloud the component ID number and compares it to the work order. Once he verifies it, he turns the switch. Then he checks to see that the switch did its intended action.

Peer Check. A peer check is a verification by one employee that the actions of another employee are correct. It takes place before or during the action to provide a second check and to minimize the potential for a mistake. Both workers follow the STAR tool. In the video scene, a technician needs to open a valve. He requests that a second technician do a peer check. The first employee reads the valve ID number out loud. The second employee checks the number against the work order and repeats the number out loud.

Independent Verification. Verification is an attention management tool that helps people focus their attention, foreseeing the correct action steps before beginning a task or reviewing a task after its completion to ensure it was done successfully. It’s a process of self-checking by two employees, working independently, to confirm the condition of a component.

Independent verification is used for regulatory or procedural requirements, and it may be essential in instances of protective or caution tagging or LOTO situations. Each employee uses the STAR tool. In the video scene, two workers are given a work order to hang a tag on an isolation valve. The first worker locates the valve, confirms the ID number, and turns the valve. At a later time, and alone, the second worker confirms the ID number and verifies that the valve was turned.

1. The sender stating an instruction to a second worker.

2. Second worker repeating the instruction back in his or her own words to the sender.

The phonetic alphabet assigns code words to the alphabet; the NATO phonetic alphabet is the most widely used version in the fossil power industry. A is alpha, B is bravo, etc. These tools are used when verbally communicating all alpha or alpha-numeric designations and is especially important when a single letter is the only difference in the identities of two pieces of equipment. In the video scene, a supervisor in a control room uses a walkie-talkie to instruct a technician in the field to swap over the alpha pump. In a very noisy plant location, the technician mishears the pump name as the bravo pump. When he repeats this, the supervisor corrects him, thus avoiding a mistaken action. The scene demonstrates how what might appear to be a trivial and unnecessary routine is actually vital.

Pre-Job Brief. A pre-job brief is a meeting of workers and a supervisor before a job to discuss the tasks involved, hazards, and related safety precautions. It ensures everyone understands the scope of the work, the procedural steps, his or her responsibilities, and the hazards and controls. A pre-job brief is used prior to a task that is not part of a normal routine or prior to a task that, if performed incorrectly, would have significant consequences. In the video, a supervisor greets five co-workers. He tells them about a new work order that’s been received. After giving each member of the group a copy of a checklist, the supervisor reviews the tasks to be performed and describes the preparation that’s needed.

Clearance and Tagging Process—Execution (Overview). Clearance and tagging programs at electric generating stations are designed to protect personnel from injury and to protect plant equipment from damage. The clearance and tagging process changes the baseline configuration of an electric power plant (the normal operating condition) to a different configuration (a condition that supports hands-on work on equipment in a situation where personnel could otherwise be exposed to hazards).

A robust and clearly documented clearance and tagging process, LOTO, is critical for the protection of workers and equipment and for the performance of effective operations and maintenance. This video is an introduction, explaining the overall function of LOTO and an overview of the steps needed to properly establish a LOTO on a piece of equipment.