As required for the first time by a new Securities and Exchange Commission (SEC) rule mandated by the 2010 Dodd-Frank Act and Item 402(u) of Regulation S-K, public companies in early 2018 began disclosing ratios that compare total compensation paid to principal executive officers (PEOs), such as a CEO, to the median of the annual total compensation of all employees. For companies in the U.S. power sector, that pay ratio varies widely. It should be noted that while the SEC in September 2017 provided guidance for companies outlining how to implement and comply with the pay ratio rule, CEO compensation may appear inflated owing to one-time bonuses. Other factors, such as part-time employment, may push median worker pay lower. Note: Companies are ranked by total revenues for 2017. Sources: Company-filed proxy statements pursuant to Section 14(a) of the Securities Exchange Act of 1934; vectors from Freepik

—Copy and artwork by Sonal Patel, a POWER associate editor 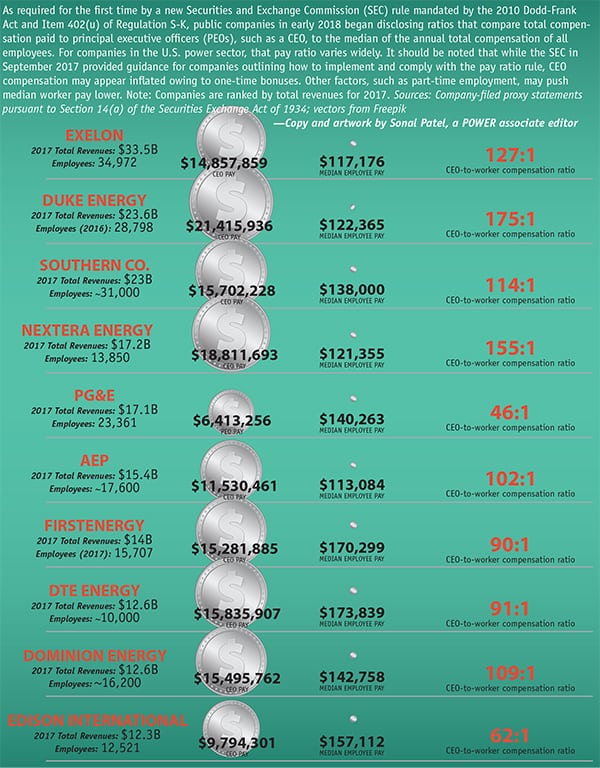