The “bomb cyclone,” a winter storm that descended on much of the eastern U.S. from December 27, 2017, to January 8, 2018, renewed the raging debate about resiliency and prompted flashbacks of the “polar vortex,” a similar deep freeze that transpired in January 2014 and was compounded by the loss of 82 GW nationwide for various reasons. Owing to lessons learned from the polar vortex—and despite sizable retirements of baseload generation and an upsurge of variable generation—
the bulk power system performed relatively well during the bomb cycle. Here’s how the events compared in four major organized markets administered by independent system operators (ISOs). Figures show range (and bars show maximum) for the January 6–8, 2014, polar vortex period and the January 3–8, 2018, bomb cyclone period. Source: Reliability, Resilience, and the Oncoming Wave of Retiring Baseload Units (Volume 1: The Critical Role of Thermal Units During Extreme
Weather Events), National Energy Technology Laboratory, March 13, 2018, DOE/NETL-2018/1883
—Copy and artwork by Sonal Patel, a POWER associate editor 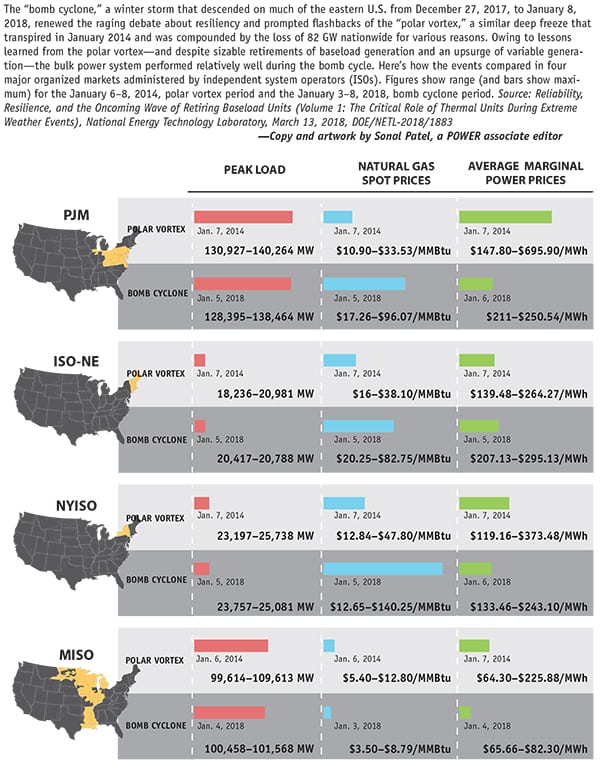