Soldiers could one day carry 600-W power plants on their backs, or set up arrays of up to 20 kW in streams deeper than 4 feet, if a prototype being developed by California-based Bourne Energy comes to fruition. 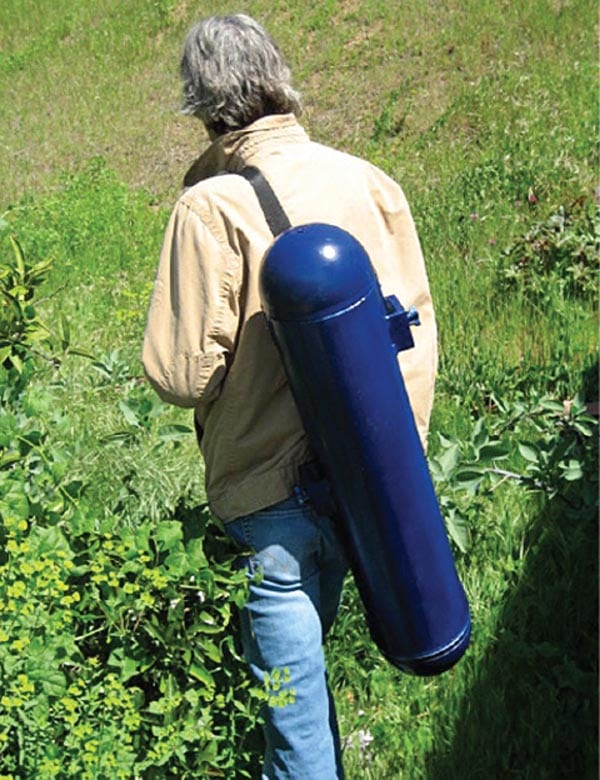 6. Taking off a load. Bourne Energy’s so-called Backpack Power Plant is a portable hydroelectric generator designed for the military. The 25-pound unit—capable of producing 600 W—collapses into a backpack-size module with a generator, hub, and folded blades. The California-based company claims that it can be set up singularly or in arrays of more than 20 kW. Courtesy: Bourne Energy

The so-called Backpack Power Plant-Type 2, which the company exhibited at the Cleantech Forum in San Francisco in April, was designed for the military. It consists of a 3-foot-long, 25-pound unit made up of three major parts: a generator, hub, and folded hydrokinetic blades that slide into a large backpack (Figure 6).

According to Bourne Energy—which is looking for investors and $4 million to take the concept to production—the militarized “power plant” contains its own control, cooling, and sensor systems and operates silently using hydrokinetic technology. Modeled on a heavier (30-pound) portable hydrokinetic “plant” designed for civilians, the militarized version works on a variety of flow rates and reportedly works like the high-tension mooring system that holds up floating oil rigs. It remains to been seen if the concept will catch on, however: The Department of Defense declined to comment on whether it was interested in the units, which could cost up to $3,000 apiece.