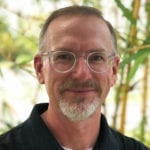 Consumers Energy—Michigan’s largest utility—reached an agreement with the U.S. Environmental Protection Agency (EPA) and the U.S. Department of Justice that will result in more than $2 billion being spent on upgrades at its power plants and the closure of seven coal-fired units, according to the company.

Investigations have been initiated by the EPA (infographic) at 862 coal-fired electric utility units nationwide through the end of fiscal year 2013. Of those units, 519 have either had significant NOx and SO2 emissions controls already in place, had New Source Review pollution control requirements resolved by settlement agreement with the EPA, or had a final judgment in an action brought by the EPA in federal district court. More than 25 settlements have resulted from the EPA initiative that began in 1999.

The Consumers Energy plant upgrades will result in reductions in all major emissions, including mercury, SO2, NOx, and particulate matter. In addition, Consumers Energy will move forward with plans to retire its seven oldest coal-fired units by April 2016. The units—three at the J.R. Whiting Generating Complex, two at the B.C. Cobb Generating Plant, and two at the Karn/Weadock Generating Complex—have a combined generating capacity of about 950 MW. Its remaining coal-fired fleet will face new and more stringent emissions limits.

“Today’s settlement concludes over five years of negotiation with the EPA and U.S. Department of Justice and fully resolves these issues with the government,” said John Russell, Consumers Energy’s president and CEO. “We’re moving forward with our plan to continue to improve air quality, move to a cleaner generation portfolio, and provide Michigan homes and businesses with safe, affordable and reliable energy.”

The agreement requires the company to pay a civil penalty of $2.75 million and spend at least $7.7 million on environmental projects to help mitigate harmful effects of air pollution on the environment and benefit local communities.

“Today’s settlement will bring cleaner air to residents in Michigan by removing tens of thousands of tons of harmful air pollution from the atmosphere,” said Sam Hirsch, the acting assistant attorney general of the Justice Department’s Environment and Natural Resources division.

“This agreement will render benefits to communities far into the future with pollution-reduction projects that will improve public health and help restore natural resources downwind of the plants.”