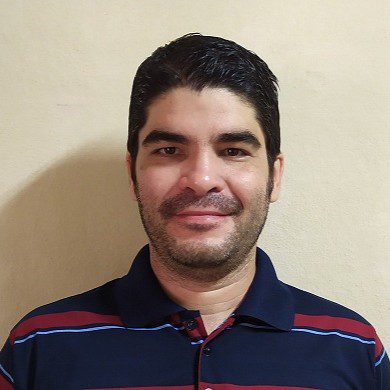 As part of Cuba’s National Economic and Social Development Plan for 2030, the country aspires to increase the share of renewable energy on its electric grid to 24%. To accomplish this objective, the following capacity additions have been proposed: 755 MW of biomass-fired power plants (bioelectrics); 700 MW of photovoltaic solar farms; 633 MW of wind power; and 56 MW of small hydroelectric generation. Several institutions and ministries are coordinating with foreign companies and firms to complete these projects.

Photovoltaic. Currently, there are 67 photovoltaic farms in Cuba, with another 13 under construction, which will add about 42 MW to the existing installed power capacity. At present, photovoltaic generation contributes about 1.15% of the overall energy consumption in Cuba, with a total capacity of 157 MW. About 151,980 MWh were generated by solar farms in 2018, while in 2019, solar production increased to 241,442 MWh.

In order to generate 1 MW of solar power, it is necessary to install an average of 4,000 photovoltaic panels, thus there are more than 600,000 panels installed throughout the country. Furthermore, the installation of 17,536 photovoltaic modules in rural areas that previously lacked access to electric service has improved the quality of life for a large number of families.

Wind. Today, there are four wind farms in Cuba constructed experimentally with an overall capacity of 11.5 MW, while there are 13 new projects under different phases of execution (Figure 4). Among the projects being implemented, three have government investment, nine have foreign investment, and one is still being negotiated.

Currently, there are two wind farms under construction at the north of Las Tunas province (named Herradura 1 and Herradura 2), with a total capacity of 102 MW. There are 10 in the investment preparation phase, which will increase the overall capacity to 375 MW. One wind development is under consideration with the expectation that it will be executed with foreign investment.

Biomass. The use of biomass will represent about 14% of the overall power generation from renewable sources, which will come from the construction of 19 bioelectrics adjacent to the same number of sugar mills. There are plans to substitute the power generation systems of those sugar mills with the highest sugar production capacity, in order to generate electricity from the bioelectrics, using biomass as a fuel.

The bioelectric generates the power and steam needed by the sugar mill, while receiving fuel (sugarcane bagasse) and condensate required to operate from the sugar factory. The surplus power generated can be sold to the state-owned Union Eléctrica (UNE), thus recovering the investment and promoting the cultivation of wooded biomass with the aim of extending power generation in the off-season. To make bioelectrics effective, the cultivation of sugarcane biomass all around the country will be increased.

Recently, the first bioelectric erected in Cuba, which is located adjacent to Ciro Redondo sugar mill in Ciego de Ávila province, was synchronized to the national grid. It’s a 60-MW biomass-fired power plant with two boilers capable of consuming about 2,100 tons of bagasse and 1,200–1,500 tons of marabou every day. (Marabou is an invasive sicklebush species found in Cuba.) It’s estimated the plant will save about 100,000 barrels of oil per year and reduce emissions of carbon dioxide by about 300 tons annually. This bioelectric was constructed at a cost of about $180 million and is expected to provide about 50% of the province’s power demand, while it generates at an efficiency of about 157 kWh per ton of sugarcane processed by the sugar mill. It will generate about 391 GWh per year, of which, about 300 GWh will be sold to UNE.

Today, there are two 20-MW bioelectrics under construction in Cuba. The first is near Jesus Rabí sugar mill in Matanzas province, and the second is adjacent to Hector Rodriguez sugar factory in Villa Clara province.

The bioelectrics are expected to consume marabou and forestal biomass from June to November, and sugarcane bagasse from December to May, which will allow operation for an average of 300 days per year. That is, the bioelectrics will work not only during the sugar cane harvest season, consuming the bagasse accumulated during it, but also in the rest of the projected time from the availability of wooded biomass. For that, about 89,200 hectares have been identified to date to promote forestal biomass cultivation.

The bioelectrics program in Cuba, besides impacting definitively in the sugar production process and contributing clean power to the country’s energy mix, will also impact positively in the environment, thus promoting access to secure, sustainable, and modern renewable energy. Cuba’s program also promotes the installation of lamps, lights, and bulbs with LED technology both in the residential sector and for public lightning, as well as the use and application of solar heaters, induction kitchens, photovoltaic pumps, biogas plants, and biodigestors.

— Amaury Pérez Sánchez (amauryps@nauta.cu) is a chemical engineer based in Cuba with the University of Camagüey.