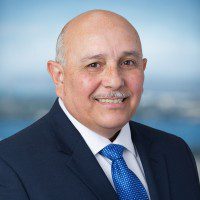 The proliferation of renewable energy is necessary for communities and countries to meet their goals of reducing carbon emissions, but it also presents new challenges for those managing power distribution. Much of the world’s renewable energy is now generated and stored by distributed energy resources (DERs), such as residential solar panels, batteries, and electric vehicles and chargers located at homes and businesses.

Utilities are being asked to quickly adjust to how they manage and distribute electricity to residents, upending the traditional method of power companies delivering electricity to consumers generated by large power plants. Energy consumers are now becoming energy producers, and utilities are grappling with the newfound challenge of integrating DER-sourced energy into their existing electrical networks.

To embrace these shifting demands, utilities will need a clear roadmap with incremental actions that can be taken now while also identifying and preparing for future needs. Current software-based solutions exist that are cost-efficient for utilities to add to their existing networks while determining long-term infrastructure needs.

The Challenges Posed by DERs

DERs are intermittent energy sources; a photovoltaic solar panel will not generate power when it’s not absorbing the sun’s energy. This contrasts with the power plants that generate power through continuously rotating turbines. Energy utilities operate grids that are up to a century old and designed to deliver power generated by continuous sources and are therefore unprepared to integrate intermittent DERs. Rapidly integrating DERs into aging power grids disrupts electrical frequencies and creates voltage issues, increasing the chance of brownouts and blackouts. In worst-case scenarios, frequency disruptions can damage industrial equipment and electrical infrastructure, and utilities may be forced to curtail DER power generation to reduce stress on the grid and prevent outages.

As renewables continue to be installed in ever-greater numbers, utilities will be increasingly challenged with how to say “yes” to consumer DERs at scale. By the end of 2020, the world’s capacity for renewables had quadrupled since 2010, and the International Energy Agency (IEA) reported that 90% of all new capacity installed globally was renewable energy. In 2021, the U.S. Energy Information Administration (EIA) announced that the renewable share of electricity in the country would double by 2050, thanks largely to increasing solar capacity. In essence, the world is adding renewable resources to the grid faster than utilities can adapt to accommodate them.

Solar panels and farms aren’t the only DERs to keep an eye on. As EV adoption increases, the amount of energy they pull from the grid will obviously also increase, especially as consumers turn to more powerful chargers to reduce charging times. The quick and heavy draw of electricity, particularly during peak demand times, caused by EV chargers can destabilize the grid. By 2030, EVs are expected to make up nearly 30% of new car sales in the U.S., compared with less than 4% in 2021, and carmakers plan to phase out gas and diesel vehicles over the next few decades.

In some regions, the high number of solar DERs has already forced utilities to take dramatic action to avoid damaging the grid. Power utilities in Chile, China, Germany, and the United States have curtailed solar power to reduce grid fluctuations. The gap created by curtailed solar is typically filled by traditional fossil fuel generation, making it harder for utilities to reduce their carbon emissions. For utilities to reach their climate goals, they will need to develop or adopt solutions to manage the increased stress of DERs on their grids.

The Solution for Utilities

Currently, the rapid increase in DERs means that most utilities are relying on patchwork temporary solutions to keep their grids stable. Long-term solutions will require coordinated planning and capital-intensive infrastructure upgrades. Utilities need a way to respond to immediate stress on the grid with technology that builds upon itself to match the evolution of the grid’s demand and complexity.

One efficient and accessible way utilities can begin is with real-time control capability, along with a deeper understanding of all grid activity. A software-based microgrid controller can be integrated within an existing grid to manage DERs in real time and gives a utility operator a comprehensive view of what is happening in a localized area. The microgrid control system can respond quickly and autonomously to disruptions caused by DERs, stabilizing electrical frequency and mitigating intermittent energy issues.

Another immediate software solution for utilities is a distributed energy resource management system, or DERMS. A DERMS offers coordination and control of DERs across a grid. A DERMS can bring together thousands of DERs and is especially useful when managing both utility and residential DER assets, along with traditional inertia-powered plants.

Most importantly for utilities, microgrid controllers and DERMS solutions are available now. As software-based systems, they are easier to integrate with existing power grids and are a cost-effective way to meet the challenge posed by rapid DER installations. They are also both proven solutions; in South Korea, Guam, and Australia, successful recent projects with local power utilities have shown that microgrid controllers and DERMS can effectively manage grids that need to balance both DERS and traditional energy assets.

While ultimately utilities may have to embark on significant infrastructure upgrades to fully accommodate DERs, real-time energy controls can facilitate integration now and help utilities prepare for the future.