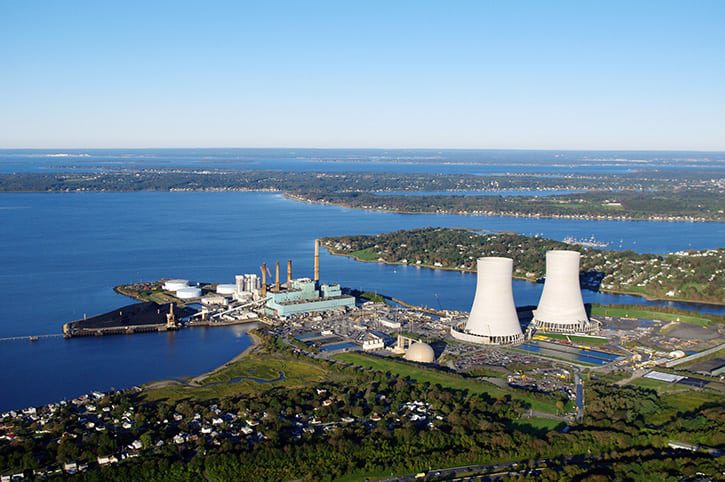 Curt Morgan, CEO and president of Brayton Point Energy LLC, announced in a written statement on Oct. 7, 2013, that the Brayton Point Power Station will be closed permanently in 2017.

The news comes as a bit of a surprise, since the station was recently purchased by a subsidiary of funds controlled by Energy Capital Partners, a private equity firm with offices in Short Hills, N.J., and San Diego, Calif. The plant had been owned by Dominion since January 2005. The sale closed on Aug. 29, 2013, following approval by the Federal Energy Regulatory Commission.

Dominion had invested approximately $1.1 billion into station improvements since the station was acquired in 2005. In December 2007, when the announcement was made to construct two natural draft cooling towers for the units, Dominion’s chairman, president, and CEO Thomas F. Farrell II stated, “We now have established a clear path for operating these generating units well into the future.” As it turns out, that future was less than 10 years.

In September 2012, Dominion announced that it was exiting the merchant coal-fired generation business as part of the company’s continual review of its assets to ensure that they fit strategically and supported its objectives to improve return on invested capital and shareholder value. On Mar. 11, 2013, the company announced the planned sale of three merchant generation power stations to Energy Capital Partners. In addition to Brayton Point, Kincaid Power Station, a 1,158-MW plant located in Kincaid, Ill., and Elwood Power Station, a 1,424-MW plant outside Chicago were also sold. The sale was expected to result in after-tax proceeds of approximately $650 million, which included cash tax benefits generated for the sale.