The world’s power sector last year emitted a third of global sulfur dioxide (SO2) emissions, 14% of nitrogen oxides (NOx), and 5% of total particulate emissions (PM2.5), but those emission values have fallen drastically over the last decade even though coal power generation has seen a surge, the International Energy Agency (IEA) said in a new report.

The IEA attributes this discrepancy to a general “decoupling” of air pollution and coal-fired generation. It is principally due to the “introduction of emission standards for coal-fired power plants, which led either to the use of coal with a lower sulfur content or to the installation of pollution control technologies” over the last 10 years, the report says.

Coal was still the fuel chiefly responsible for about 75% of the world’s power sector’s SO2 emissions in 2015, 70% of its NOx emissions, and more than 90% of its PM2.5 emissions. Oil-fired generation—mainly from aging power plants in the Middle East—accounted for about 7% of global emissions of SO2.

Gas-fired generation wasn’t without blame, either. In 2015, natural gas–fired plants emitted close to 20% of the world’s power sector NOx emissions (but very little SO2 or PM2.5). Biomass, the IEA underscored, accounts for just about 2% of the world’s global power output but performed in relative terms (emissions per unit of output) only slightly better than coal plant for NOx emissions (biomass plants performed moderately better than coal plants for PM2.5, and much better in terms of SO2 emissions).

The IEA also said that more developing countries are taking helpful steps to tamp down air pollution from power plants. While the U.S., European nations, and Japan have regulated SO2, NOx, and PM2.5 emissions from coal-fired power plants since the 1970s, since 2000, several emerging economies have introduced emission-curbing rules, even though they differ in stringency.

Today, China, South Korea, Japan, the U.S., and the European Union have the most stringent power plant emission standards in the world, the IEA noted.

According to the report, the manufacturing and construction industry—including the iron, steel, chemical, petrochemical, cement, pulp and paper, and aluminum sectors—was responsible for 45% of the world’s total energy-related SO2 emissions in 2015, mostly in China and India. The transport sector, meanwhile, accounted for more than 50% of NOx emissions (followed by industry at 26%, and then the power sector at 14%).

The residential sector is also a major polluter, emitting more than half of global energy-related particulate matter emissions in 2015, mostly in Africa, China, and India. Those emissions are due mainly to incomplete combustion of fuels in households, such as for cooking, heating, and lighting.

Slideshow: Energy-Related Air Emissions by Region and Sector in 2015 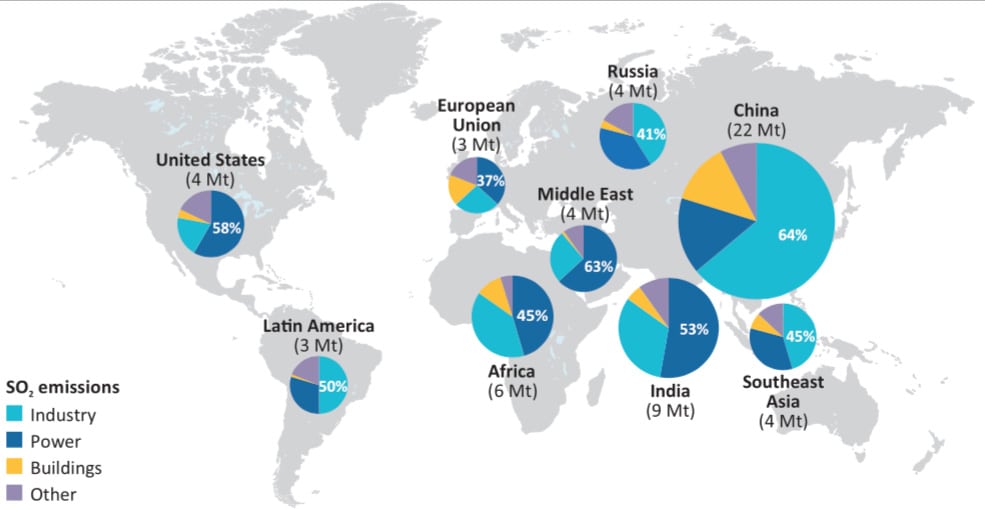 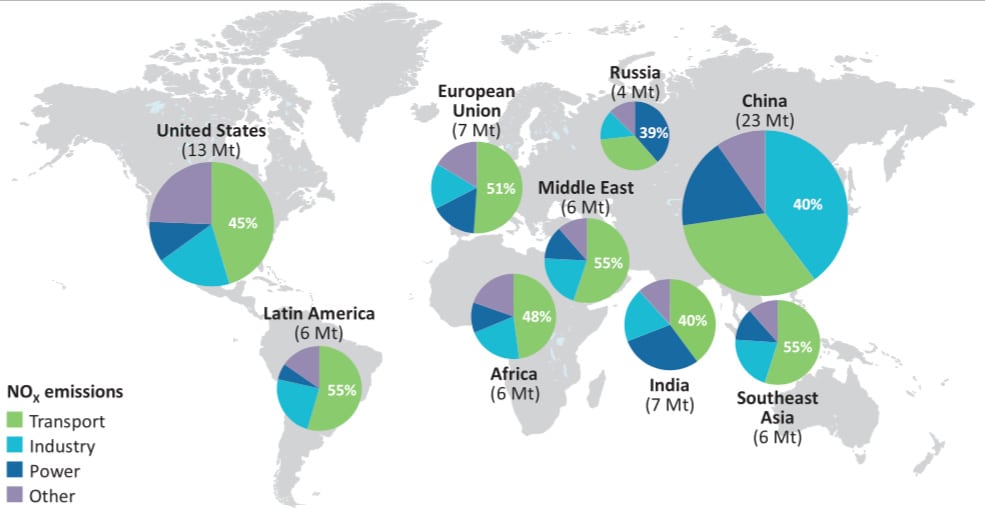 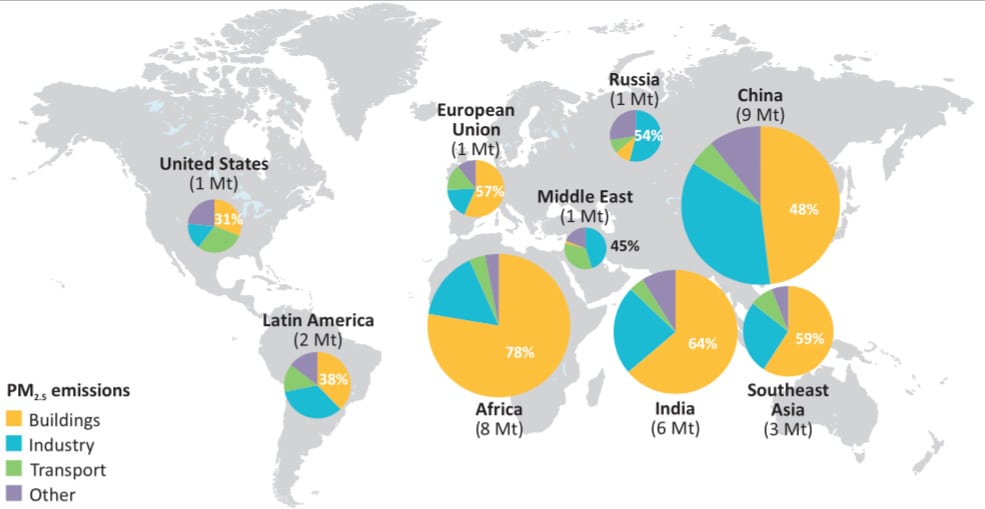 <
>
Energy-related PM2.5 emissions by region and sector in 2015 Source: IEA analysis based on IIASA data