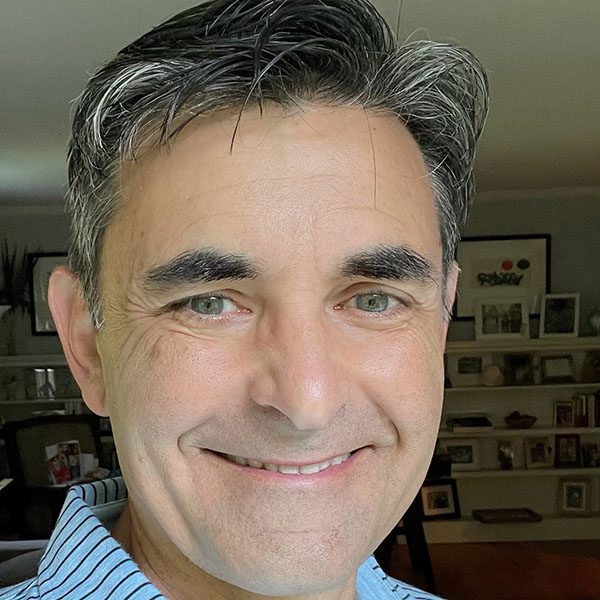 If you’re a power plant supervisor, you’ve undoubtedly been forced to find a worker during off-hours on the spur of the moment. New tools are being used today that allow automating the callout process—and workforce schedule.

Automation efforts like those at CU also happened in 2010 at Crystal River Energy Complex in Florida, Salt River Project’s (SRP’s) Navajo Generation Plant in Arizona in 2012, and Southwestern Electric Power Company’s J. Robert Welsh Power Plant in Texas in 2014. For the most part, these were projects focusing on one or a small handful of plants.

This year, in addition to CU’s project, a large, investor-owned utility on the East Coast also completed the automation of workforce scheduling and callout at more than two dozen of its power plants spread across two states. The East Coast utility’s plants range from coal-fired and gas-fired to hydroelectric. The size of the plants ranges from a coal-fired power station with a generating capacity of more than 1,600 MW and approximately 250 workers to smaller, self-sufficient plants with only a single supervisor standing by in the event of an alarm, in which case supervisors dispatch employees from a neighboring plant to address the problem.

“Workforce scheduling and automation tools make a lot of sense to deploy people more effectively, especially if human resources are limited and since capacity utilization is changing for many plants,” said Harry Forbes, research director for ARC Advisory Group. “The nature of power generation work is that you’re going to have multiple workforces attached to or servicing a plant.”

In spite of what analysts say about the worth of automating scheduling and callout, the power generation industry has a long way to go. According to the U.S. Energy Information Administration, there were 8,084 power plants in the U.S. with generators of at least 1 MW as of December 2016.

“Maybe 95% of power plants are handling callout and scheduling as a manual process,” said Frank Pereira, managing partner of Coleman Consulting Group, which helps utilities and other industries find ways to better deploy personnel and resources. “By comparison, the manufacturing industry has automated about 50% of its scheduling and callout.”

Plant supervisors and administrative staff at generation stations typically run the scheduling and callout of craft workers with a combination of phone lists and Excel spreadsheets (Figure 2), according to one power plant manager. When a scheduling conflict arises or emergent work occurs, it falls to supervisors to pull out their phone list to navigate different union agreements and localized rules for calling employees.

Many supervisors who have experienced the manual callout and scheduling process relate stories of being tied to a desk making phone calls until they finally found someone to fill a vacancy or job. Each call takes a few minutes, including looking up numbers and often having to leave a voicemail, then time is typically spent jotting down notes as to which worker was dialed and the outcome.

When asked about the frustrations with manual scheduling and callout, shift operations supervisors routinely point to employee grievances lodged for skipping workers entitled to overtime hours. The oversights, some supervisors said, happen largely because someone was overlooked on a poorly maintained paper list, and the hours required to investigate and rectify grievances are seen as another cost of the process.

According to some business performance consultants who have worked at power plants, utilities know going into a project that there are several union agreements that managers will have to mirror with an automated system. Layers of localized callout rules for plants make things complicated to automate, said one consultant at a large investor-owned utility.

Making the transition a bit easier for automation projects is the fact that some utility’s transmission and distribution (T&D) operations have in place automated callout and scheduling solutions. CU has used the ARCOS Callout and Scheduling solution for its electric T&D workers since 2008. Due to the success of ARCOS for the city’s T&D operations, the utility’s generation station managers bought the solution to help its four plants (Figure 3).

“We use the solution like our electric distribution system does: hit a button, let the software takeover by getting personnel on-site based on their qualifications, so supervisors can go back to overseeing our plants,” said David Nelson, outage planner for CU. “We tailored it to meet our needs in Power Production to be fair, equitable, and we have the ability to make changes as needed.”

An automated approach to scheduling and callout allows supervisors to spend more time with employees in a plant’s control room or in the field. One plant manager said it frees up time to complete daily duties such as lockout-tagout management. There might be more than 100 tags on a tagout, and there is verification involved. If the supervisor can launch a callout automatically, said the plant manager, the supervisor is then free to use that extra time to study drawings related to a job, run a briefing, or verify a computer printout is correct. One plant supervisor said the minutes or hours recouped afforded time to plan activities more efficiently and with safety top-of-mind, which is a core value for the industry.

“You want your first-line supervisors, who are the most important people in a plant, managing and training people,” added Pereira. “Good scheduling and callout software helps people focus on the priorities.”

To illustrate the power of a good tool, one plant supervisor mentioned a recent event where he had to call in people to make repairs to equipment. According to the supervisor, he needed workers to fix the motor on a tripper car that brings coal into the plant’s silos. He contacted the maintenance supervisor on call that weekend and learned the supervisor would need four mechanics and one electrician. The plant supervisor then launched the callout. While the callout ran, his team started working on the lockout-tagout for the relevant equipment. By the time the mechanics and electrician arrived, the team had completed all lockout-tagout requirements.

“[Before automating] we called multiple numbers to reach people. You would dial a mobile phone, a home phone, and try to relay messages,” said Shayne Jones, operations and maintenance manager at Navajo Generating Station and a 35-year SRP veteran. “Our supervisors could spend anywhere from two to six hours to get one crew assembled for a callout.”

By automating scheduling and callout, managers like Jones have said they can locate and assemble crews quickly, while factoring in labor agreements dictating the order of calls.

Automation Leads to Visibility and Tracking

“We wanted visibility into when calls were placed, who was called, and the response we were getting,” added Jones. “That prompted our move to automate.”

At small plants, with no more than 20 people, some supervisors have said automated scheduling improves things. When a callout is necessary, managers at these small plants suggested they could—with a few keystrokes—make the system sort through workers’ schedules and track who accepted, declined, or did not answer. When administrative staff compile work and vacation schedules in the system, they can note when workers are training or on leave, which automatically excludes someone from a callout.

One manager at a small generating station said automated callout and scheduling wasn’t necessarily faster, but the benefit was being able to track and report on callouts and shift-changes in a way that was not possible before. Another plant manager noted that automation enabled a historical report of job requests and schedule changes, which wasn’t always uniformly documented in a previously manual system. Tracking the sequence of what transpired gives supervisors a way to rectify any discrepancies related to schedules and callouts between craft workers.

“There are a lot of software programs that are grown from Excel and recoded; but these are usually so specific they can’t work at other sites,” noted Pereira. “You’re not going to easily change a callout policy to adapt to the way a software program works. People in plants build their life around their schedule.”

According to Pereira, power plants need active, rules-based scheduling. When, for example, a coal train comes in, a good software solution would help a supervisor determine who is available. If there aren’t enough people on-site, the software would launch and fill a callout in a few minutes or less.

“The best software looks at demand and matches demand with workforce availability,” added Pereira. “You can always add people to tackle a job, but that’s a costly answer. People are expensive, especially the ones who work at power plants.”

“Workforce scheduling and dispatch would be a piece of enterprise asset management, and vendors like SAP and IBM with its Maximo Asset Management solution may offer part of what a plant needs,” Forbes said. “Tracking is critical though.”

Pereira echoed that sentiment and mentioned a case in California where an employer failed to track consistently which employees were checking in and out, and taking breaks. That lack of documentation, he said, opened the door for a lawsuit and award of damages for workers who charged the employer with failing to provide workers with sufficient rest.

One industry analyst said utilities that automate their scheduling and callout process can benefit in a couple of ways. First, supervisors don’t have to bring in extra people simply because they weren’t sure the callout would be filled, having no reliable way to track acceptances. Second, the analyst said, supervisors can expedite how fast they secure the right number of people for a job.

“If you have 100 people at a plant, automating the scheduling [process] can save you the equivalent of paying 10 people per year, or roughly $1 million,” said Pereira. “By knowing exactly who’s available, how many you need for a job, and quickly getting them there, you’re saving overtime and performing tasks more efficiently, safely.

“Plus, employees are happier because there’s some work-life balance. Supervisors know what their workers’ schedules look like in advance, and they eliminate ‘overscheduling’ people,” Pereira concluded.