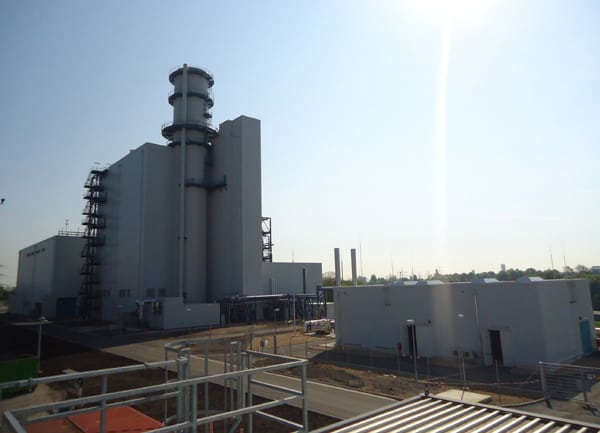 In the U.S., natural gas is enjoying a boom unseen in decades, perhaps ever. New production from shale should make the country a net exporter within a decade. New gas-fired plants are starting up almost as fast as older coal plants are shutting down. Low gas prices are challenging not only coal but renewables, even as the shift from coal to gas has U.S. carbon emissions on a steady downward track.

It’s a different story in Germany.

The country’s ambitious energy transition, the Energiewende, has hit a stumbling block in the past two years, much of it stemming from the decision to phase out its nuclear plants. Despite a massive build-out of renewables—Germany added a breathtaking 7.6 GW of solar and 2.4 GW of wind in 2012 alone, for a total of about 32 GW each—generation from wind and solar has failed to keep pace with the lost generation from nuclear and the growth in overall demand. In large part, that’s because, despite the impressive nameplate capacity, Germany’s wind and solar fleet produces electricity at very low capacity factors—about 17% and 11% respectively last year. And that’s meant a shift back to fossil fuels has been necessary.

For coal, at least, it’s been a bonanza. In 2012, the same year when the U.S. lost about 9 GW of coal capacity according to the EIA, Germany added 2.9 GW, and should add another 5.3 GW this year, out of about 8 GW of coal projects in the pipeline through 2015. Some of these new plants are replacing old ones, but overall, the German Energy Agency projects coal capacity will climb. Coal’s share of total generation rose from 18.5% in 2011 to 19.1% in 2012, and has continued to inch up in 2013.

Not surprisingly, German hard coal imports have surged—jumping 25% in the first quarter of 2013—as have its carbon emissions, which rose 1.5% last year and are poised to rise again this year, alarming both the nation’s environmental groups and the Merkel government.

In such an environment, natural gas might seem like an obvious choice, and in fact the German Green Party is on record as favoring new gas plants over increased coal generation. But gas in Germany is handicapped by stubbornly high prices and a moribund EU emissions-trading scheme that keeps coal plants competitive despite their higher emissions.

Gas prices in Germany have remained stubbornly high, averaging $11/MMBtu last year. Though spot prices have fallen slightly this year, prices under oil-indexed supply contracts are substantially higher, and producers have resisted attempts to negotiate lower prices. Meanwhile, the influx of cheap coal and flood of generation from subsidized renewables has driven Europe’s wholesale electricity prices down 50% since 2009, leading to razor-thin margins for many plants. All this has kept gas highly uncompetitive. (For an infographic looking at this and other fuel shifts in the U.S. and other nations, see “The BIG PICTURE: Fuel Balance” in the September issue of POWER.)

But it gets worse. The EU emissions-trading scheme, which was intended to disincentivize more polluting resources like coal, hasn’t proved an impediment even though costs for natural gas emissions are about half that of coal. The problem is that benchmark carbon prices have collapsed because of an oversupply of permits (perversely, because emissions have fallen faster than projected). With the benchmark price having fallen 86% from its peak in 2006, coal generators, with their much lower fuel costs, have little trouble competing with gas.

How bad is the disparity? The “clean dark spread” in Germany, the net revenue for an average coal plant after accounting for fuel and emissions costs, is currently around €8.85/MWh, according to Bloomberg. For a gas plant, the “clean spark spread” is a staggering –€18.74/MWh (that is, the owner loses €18.74 for each MWh it produces). German gas plant owners can be forgiven for feeling they would be better off burning Euro notes than natural gas.

While development of German shale gas reserves—estimated at around 81 Tcf—might seem to be an option, hydraulic fracturing remains deeply controversial in Germany. A nascent fracking industry in the country was halted several years ago, and the freeze remains in place while the Merkel government decides how to regulate the new technology.

German environment minister Peter Althaus said in February that the ban would not be lifted any time soon and that he doubted fracking would ever seen meaningful use in Germany. In June, the powerful and culturally influential German brewing industry called for a ban on fracking, warning it could put the purity of its water supplies at risk. Shortly afterward, Merkel quietly put a legislative package to regulate fracking on hold until after elections this fall, after it appeared the law had little chance of passing.

The daunting economics of gas power in Germany, not surprisingly, has led to widespread curtailments and shutdowns across the country, including several state-of-the art plants unveiled in just the past few years.

Energy Giant E.ON came close to mothballing its flagship Irsching 4 and 5 units near Ingolstadt, which came online only in 2010 and employ Siemens’ advanced, highly efficient H-class turbines (Irsching 4, shown in Figure 1, was a 2011 POWER Top Plant). But all that new technology wasn’t enough to turn a profit, and E.ON sought to mothball the plant earlier this year, before the German government stepped in. The German Federal Network Agency found that the plant was too important for reliability and agreed to compensate E.ON for its fixed costs in running it. The local grid operator argued that the plant was a critical resource for backing up renewable generation in the area. But while Irsching has been spared the ax, German press reports suggest that as many as a dozen other E.ON plants with a total capacity of 11 GW could be idled.

Meanwhile, Statkraft, which had already mothballed several other older gas plants, was poised to launch its new 430-MW Knapsack II plant near Cologne (shown in the top image), which employs Siemens’ fast-start Flex-Plant design. The plant was completed under budget and six weeks ahead of schedule, but after a brief start-up in June, Statkraft has elected to keep it offline, again because the challenging market makes it a money-loser. Statkraft also idled its 430-MW sister plant in Herdecke and the 800-MW Knapsack I plant this summer.

Speaking to the Norwegian press in August, Statkraft CEO Christian Rynning-Tonnesen conceded that the new plants would not have been built had the company been able to foresee the current environment. As to when the plants might restart, he said then, “There is nothing to suggest that it could happen quickly.” Rynning-Tonnesen said Statkraft has no current plans for future gas plants in Europe.

Most recently, on August 13, RWE announced that it was shuttering six of its gas-fired units in Germany with a total capacity of almost 2 GW. It blamed plummeting margins stemming from the challenging market for gas.

The situation has German energy ministers highly concerned, some of whom have begun calling for increased public support of troubled plants. Garrelt Duin, minister for economics, energy, industry and commerce for the state of North Rhine-Westphalia, said on August 12 that subsidies on the order of €2 billion to €6 billion per year would be necessary. With Germany holding federal elections on September 22, statements like this have roiled a public already upset with paying the highest electricity rates in the world, even as sectors of German industry have been given breaks from the rate surcharge funding the Energiewende. Green party members reacted angrily to Duin’s suggestion, while still calling for more highly efficient gas plants to be built (without saying how they would be funded).

Changes after the election seem inevitable. A poll taken this summer found that about half the country disagrees with how the current government has handled the Energiewende.