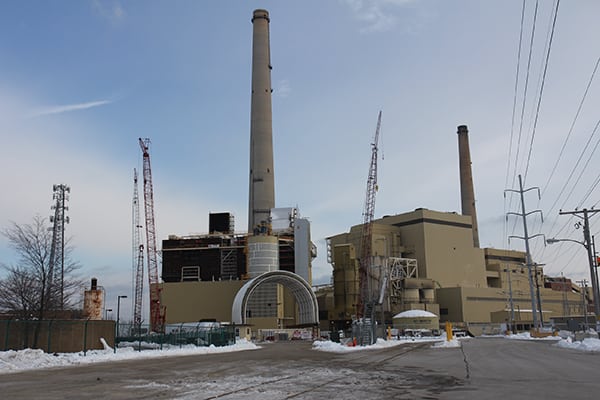 Plant wastewater treatment is not what it once was, and changes in the Environmental Protection Agency’s effluent limitations guidelines (ELG) have added a host of new wrinkles. A panel of power plant experts discussed what plant managers are planning and doing to keep things running smoothly within the new rules.

For more than three decades, the Environmental Protection Agency’s (EPA’s) Steam Electric Power Generating Effluent Guidelines (or effluent limitation guidelines, ELGs), which govern wastewater discharges from electric power plants, were a fixed, known quantity. The last update was in 1982. But in the 2000s, the EPA began looking at an update, a process that took more than 10 years of study and comment. The final rule, finalized in September 2015, is long and complex, setting the stage for a lot of confusion and uncertainty. (For more on the specifics of ELG compliance, see “Take These Five Steps Now to Ensure ELG Compliance at Your Power Plant” in the December 2015 issue.)

What does this mean for generators? The answer will no doubt evolve over time, but the new rule has a lot of people concerned. In February 2016, a group of power sector environmental experts representing both generators and consulting firms convened at the Energy, Utility, and Environment Conference in San Diego to offer their early thoughts on compliance with the updated rule.

Not surprisingly, most generators have already begun compliance efforts, work that began even before the rule was final. Further, it’s well understood that ELG compliance will be intimately related to compliance with the new Coal Combustion Residuals (CCR) rule (see “Coal Combustion Residuals Rule Compliance Strategies” in the June 2016 issue). Bill Skalitzky, manager of generation compliance for Alliant Energy, noted that his company has already gone ahead and dredged out an ash pond at a plant that had been converted to natural gas. “So we already have one of our ponds secured and closed. We’re looking at a lot of different methods,” ranging from excavating to enclosure; “we’ve been planning for a few years now.”

Jared Morrison, manager, water & wastewater programs for Westar Energy, also said, “We’ve been planning for that for quite some time.” But he noted that first steps varied across different plants (Figure 1). “I think the first activity was trying to understand how we can close surface impoundments and how we can clean them. That was the biggest issue at those sites. At other sites, the first activity was understanding the water balances.”

Compliance with the ELGs will require some substantial lead times for both equipment and the time needed to install it, the speakers noted—in the range of 12 to 18 months.

“There are some risks associated with that,” Morrison said, “and we are seeing those lead times get longer and longer.”

Though there is a natural impulse to want to delay capital expenditures, doing so is risky. Where it is necessary, Block Andrews, director of strategic environmental solutions for Burns & McDonnell, recommended working closely with regulators, “so they understand your side of the story.”

Morrison said Westar has been aggressive in assessing its surface impoundments and installing monitoring equipment. “Those areas where we felt we were at a pretty high risk of having some sort of hit that would trigger closure, we went ahead and closed those prior to the deadline.” Only the impoundments that were viewed as low risk remained open. “We felt that if they did have an issue, we could respond quickly to cease using those within six months.” Those impoundments, he said, were mainly bottom ash.

With respect to groundwater monitoring, Morrison said they have a lot of partial historical data that may or may not be current because of past monitoring for various reasons. “We’re installing wells today so that we can start our background samples” this year, he said.

Both rules provide pressure to move to bottom ash handling systems that are either completely dry or that use mechanical dewatering. But there is concern about the industry’s ability to produce and deploy such systems in time.

“Honestly, this is a concern,” Andrews said. “I don’t know how many utilities are going to be approaching these projects, but there is a limited capacity to address them, maybe 10 or 15 spots in a year, maybe 20, but the suppliers will need to ramp up to do that. We’ll see them step up to the plate, but I would certainly state that we will see some delays.”

Andrews noted a trend toward zero-liquid discharge (ZLD, Figure 2) was on the way, but not many people have gone that direction yet.

“That would probably not be something you would be looking at if you’ve got a pretty large body of water to deal with. It’s going to be the people on the smaller side.”

Skalitsky noted that maintenance of submerged drag chain systems was a major challenge. “We’re definitely looking toward a dry system,” he said, mentioning wear and tear on the drag chains and the availability of replacement parts. “We’ve looked at a number of things, and in most cases we’re going to try to move toward a totally dry system.”

Morrison agreed. “The ash transport systems require a lot of maintenance. It’s not something you enjoy dealing with,” he said. “We will evaluate the dry system, and if it’s feasible economically, we will move forward on it.”

“There are just not a lot of biological treatment systems out there,” Morrison said. “Keeping the bugs happy, it is going to take someone with some knowledge of chemistry. It works, but you have to have someone who is well trained and really watching the systems to make sure it’s operating. It’s just additional operators with experience on those systems.”

Skalitzky noted that conversion need not require a lot of outage time where it’s possible to prefabricate many of the components. On one unit, Edgewater Generating Station (shown in the header photo), he said, “We anticipate it’s going to take about three days of changing out some pumps to convert to a dry system.”

Different planning is needed to get various wastewater streams (for example, from the flue gas desulfurizer, FGD, Figure 3) segregated so they can be managed under both sets of rules.

“We’re looking at putting in some kind of tank system where we can collect all this water from the FGDs and utilizing that water back into the scrubber,” Skalitsky said. “We’re trying to get down, as best we can, to a zero-liquid discharge, especially on some of the plants where we have restrictive water quality systems.”

Morrison noted that managing and monitoring these systems requires a lot more attention to minutiae like water flow rates in the ash-handling system. “That’s not historically something that was built in as a concern at our facilities.”

Adapting to new methods of handling wastewater takes time and effort, and getting to smooth operations is a lengthy, ongoing process, Morrison said. “It takes time to train people, it takes time to get them up to speed. All of these are significant issues.”

Skalitsky said most of Alliant’s plants have wastewater operators in place, but additional hiring is likely to be necessary. Because Wisconsin requires these staff to be certified for managing wastewater, that creates an additional step for new staff that may be needed for the new systems. “We’re going to have to have those operators certified for those type of operations.”

Morrison said Westar has had to reach out beyond its existing staff to manage these new challenges. While they have chemists on staff, they did not have the specific expertise necessary to manage wastewater chemistry and had to bring in an outside expert. “We were missing that knowledge in the company, so we had to go and find that expertise. That has been a challenge. It is hard to rely on an external company to do that for you. We need the same consistent presence on a day-to-day basis. It’s not really the best situation.” ■