Ethiopia in mid-January officially inaugurated the 420-MW Gilgel Gibe II hydropower project, the second hydropower plant to be opened since November 2009, when the 300-MW Tekezé project began operations. The plant is expected to alleviate chronic power shortages in East Africa, and it is part of a larger effort by the Ethiopian government to exploit the estimated 40,000-MW hydropower potential in the mountainous country. 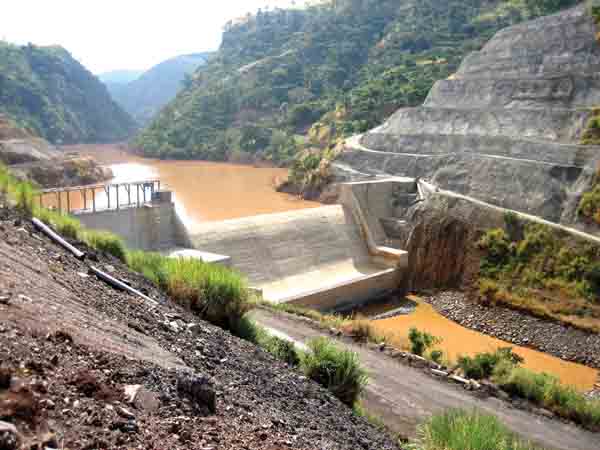 5.     Abyssinian giant. The 420-MW Gilgel Gibe II hydropower plant was inaugurated in Ethiopia in mid-January. Featuring four 105-MW Pelton units, a 26-kilometer machine-bored tunnel, penstocks, and a surface powerhouse, the project is currently the largest hydro plant in Ethiopia—but not for long. The third phase of the project on the Omo River, Gilgel Gibe III, is currently under construction. When complete, that project is expected to generate 1,870 MW for Ethiopia. That could alleviate the nation’s chronic power shortages and possibly supply power to the rest of power-starved East Africa. Courtesy: ELC-Electroconsult

The project on the Omo River entails a third phase — Gilgel Gibe III, which is currently under construction. Once complete, that project is expected to generate 1,870 MW for Ethiopia. This year, the country with 2,000 MW in generating capacity is also looking to bring online the unique 460-MW Beles project, which taps water from Lake Tana. The efforts are part of an ambitious government plan to spend US$12 billion over 25 years to improve generating capabilities — and to expand production to more than 15,000 MW within 10 years. Power demand in Africa will rise by 150,000 MW between 2007 and 2030, according to the International Energy Agency.