For years, nuclear power advocates have argued that man-made global warming is an existential threat to the planet and nuclear power is the only way to reverse the greenhouse effect. Those advocates have included the usual suspects: the Nuclear Energy Institute (the industry’s Washington lobbying group); nuclear electric utilities; members of Congress from states heavily reliant on nuclear; and academics and consultants with ties to the field. 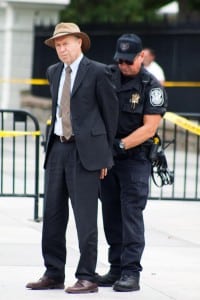 Seeking to broaden its political base, nuclear industry advocates have added prominent climate scientists such as James Hansen, Kerry Emanuel, and Tom Wigley to the mix of those waving the banner for nuclear power as the key to controlling global warming.

The most recent additions to the nuclear proponents’ camp are prominent, but iconoclastic, environmentalists. Among them: Stewart Brand, the creator of the iconic 1960s “Whole Earth Catalog”; Patrick Moore, an important early figure in Greenpeace; British environmental columnist for The Guardian George Monbiot; former U.S. Environmental Protection Agency chief in the Clinton administration Carol Browner; and the founders of the U.S. Breakthrough Institute environmental and energy think tank, Michael Shellenberger and Ted Nordhaus, advocates of the hazy doctrine of “ecomodernism,” now being discussed and shaped on social media. 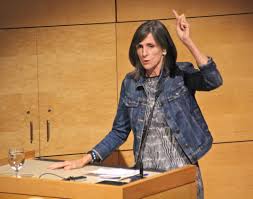 It’s a juxtaposition of hard path and soft path advocacy that might find Amory Lovins, 1970s trailblazer for the soft energy path, scratching his head. But the addition of climate scientists and green gurus for the cause of reversing global warming through nuclear energy isn’t working.

The respected Gallup polling organization in a nationwide poll over March 2-6 found Americans “are taking global warming more seriously than at any time in the past eight years….” The poll found that 64% of U.S. adults “say they are worried a ‘great deal’ or a ‘fair amount’ about global warming, up from 55% at this time last year and the highest reading since 2008.”

The climate concerns haven’t translated into nuclear power support. A similar Gallup poll conducted March 5-8 found support among Americans for nuclear falling significantly. “A slim majority of Americans (51%) now favor the use of nuclear energy for electricity in the U.S., while 43% oppose it,” said Gallup. “This level of support is similar to what Gallup found when it last measured these attitudes two years ago, but it is down from the peak of 63% five years ago. Current support is on the low end of what Gallup has found in the past 20 years, with the 46% reading in 2001 the only time that it sank lower.”

Could the broad coverage of the fifth anniversary of the nuclear catastrophe at Fukushima in Japan on March 12, 2011 have influenced the results? Not likely, according to Gallup, observing that “between 2011 and 2012, support was stable, with 57% favoring nuclear energy. This is notable given that Japan’s Fukushima Daiichi nuclear disaster took place shortly after polling in 2011.”

Gallup also said that changing partisan divisions are not evident in its polling, although Republicans are more favorable toward atomic power. Gallup found that Republicans expressed 53% support for nukes in its March survey, down from 68% last year, while Democratic support fell to 34% from 42%.

What to make of this? Gallup has a stellar reputation among polling experts, while the nuclear industry’s polls have long drawn raised eyebrows.

The campaign to boost public support for nuclear power through climate scientists and nuclear greens is a flop. That may be because the environmentalists’ “big names” who have signed on to the nuclear agenda are not well known. The high-profile national environmental groups – Natural Resources Defense Council, Environmental Defense Fund, and the Sierra Club – have not adopted the nuclear agenda. It is unlikely they will.

The advocates of a nuclear solution to global warming, regardless of the merits, must find a way to convince average citizens, rather than trying to win over those who are dedicated to environmental protection, to abandon their historic skepticism toward atomic power. A vast majority of Americans believe in protecting the environment. They may not buy special pleading by a large, entrenched industry with skin the game, regardless of the appeals from “stars” they have never heard of and don’t have any reason to believe that the best way to the future is with nuclear power plants.