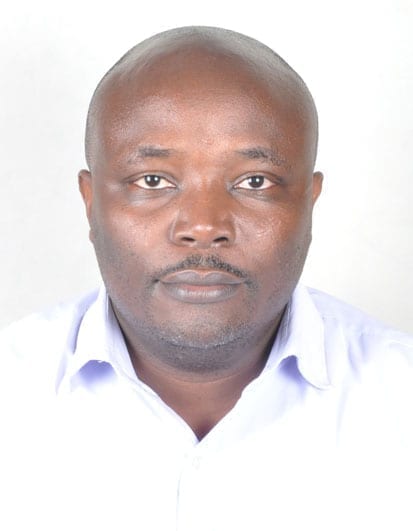 SDG 7 seeks to tackle the challenge of affordable and clean energy for all by 2030. The target has several facets that include ensuring universal access to affordable and reliable energy (7.1), encouraging a rapid increase in the global share of renewable energy (7.2), doubling the rate of improvement in energy efficiency (7.3), enhancing cooperation in clean energy research and technologies (7.A), and expanding and upgrading energy infrastructure (7.B).

Currently, about 840 million people in the world have no access to clean energy with 68% of them residing in sub-Saharan Africa. Access to electric energy is a key enabler in poverty reduction, economic growth, and improved living standards. There has been heavy investment by individual countries, donors, and multilateral lenders toward the goal of universal access to energy by 2030.

Africa has enough renewable energy potential to supply the remaining population that currently has no access to clean energy. A 2014 study by the United Nations showed that Africa’s potential renewable energy resources are diverse, unevenly distributed, and enormous in quantity estimated at solar (10 TW), hydro (350 GW), wind (110 GW), and geothermal (15 GW). Mini-grids powered by solar, hydro, battery storage, wind, and biomass are projected to grow from 132 GW to 528 GW by 2026, thereby serving 75% of the global population with no access to energy. There is a concerted effort toward this growth within the continent. However, the challenge of low-per-capita energy consumption still haunts the continent (Figure 1).

The per capita energy consumption varies by more than 100 times across the world. The average energy consumption in Africa is 400 kilograms of oil equivalent per year per average household. A Democratic Republic of Congo citizen, for example, consumes about 100 kWh annually. This is more than 100 times less than Canada, the U.S., Australia, Norway, Sweden, Finland, and South Korea. There is a need to reduce this gap by sustained improvement in the productive use of energy.

Productive use of energy is defined as the use of energy to create goods or services either directly or indirectly for income generation, value addition, and welfare benefits such as education and health care. This includes agricultural, commercial, and industrial activities where electricity is a direct input, all geared toward economic growth, local resilience, and self-reliance.

The productive use of electricity lies at the intersection between energy and economic growth, which is why there is a lack of expertise among practitioners cutting across both fields. Crafting operational guidelines for promoting productive energy use needs successful interlinking of knowledge gained from energy programs with expertise from programs on economic activities.

Electricity on its own cannot spur much of an increase in income generating activities. Rural and marginal communities face a number of barriers to increasing their economic activities. These include market barriers, limited support services, a scarcity of physical and institutional support infrastructure, lack of knowledge of markets and technology options for production, limited access to capital, small scale of operation, and lack of business and other technical skills.

According to a 2005 study by the World Bank, the economic returns of the rural electrification projects have been considerably less than expected, and a wide range of expected indirect and external benefits have not been realized. There was no direct correlation between the level of access and poverty alleviation. One reason for this is because most rural electrification programs mainly focused on household and community needs for lighting. If rural electrification is intended as part of the broader development goals, a much higher priority must be given to strategies for promoting productive uses of energy.

Productive use of energy results in value addition that is generally classified into three categories, namely:

With more reliable energy supply, hospitals and clinics in rural communities can provide safer and better health services. Electric power can be used to power appliances such as microscopes, defibrillators, and operation room equipment.

The Africa Development Bank estimates that 30% of the 420 million people between the ages of 15 and 35 years old in Africa are unemployed. Productive use of energy is one of the multi-faceted ways to address this challenge of youth unemployment in Africa.

According to the food and agricultural organization (FAO) of the United Nations, 30% to 40% of all the food produced on earth goes to waste before it can be consumed. A lot needs to be done to address both the post-harvest food losses and food waste by providing information, advice, training, and mentoring of all players involved in the fields of agriculture, horticulture, home economics, and food processing.

The critical factors contributing to post-harvest losses are a poor understanding of harvest indices of foods and how maturity is related to quality and shelf life; poor sorting and grading practices during preparation for market, which allows decaying foods to enter the supply chain; poor cooling facilities; poor quality packaging, which provide little or no protection during handling, transport, and storage; poor transport networks; and low investment in value addition such as juice extraction, canning, and milling.

On the global scale, pastoral production accounts for 10% of total meat production and supports some 200 million pastoral households. Pastoral communities account for 270 million (25%) of Africa’s population spread across 45% of the land mass. This presents both an opportunity and a risk in growing of productive utilization of energy.

Despite their contribution to national economies, pasto­ral communities are often left out and ignored in many economic programs. It is still the only viable way to utilize large chunks of land across Africa, at least for now. This is especially true in relation to climate change that has contributed to growth of arid zones and shifting global market dynamics.

There is a need to understand pastoral communities’ production systems with a view of value addition to ensure sustainability of the centuries-old practice. There is plenty of leather that can be turned into high-end products for sale across the globe. Meat and milk processing and canning will also ensure that the communities fetch better returns for their activities.

As an example, Kenya is the third-largest economy in sub-Saharan Africa, behind Nigeria and South Africa. Analysis of data from the national power utility company indicates that 38.8% of the electricity consumers (2.6 million of the 6.7 million customers) demand no more than 10 units per month, which basically reflects the low uptake of energy in the continent. The last-mile segment of customers targeted mainly by government-funded projects and mini-grids is expected to add customers that use minimal energy. Kenya expects to add 1.3 million new customers to the grid in the last-mile utility connectivity project currently ongoing.

Kenya requires an average of $20,000 per kilometer to extend the medium-voltage utility lines. This is in addition to high maintenance costs for the network.

There are also a number of obstacles on the electricity sector supply side. These include but are not limited to high electricity connection costs, inadequate reach of the power distribution network, poor reliability, high tariffs, and poor service quality.

In May 2016, the World Bank Group produced a report titled “Making Power Affordable for Africa and Viable for Its Utilities.” One of the key highlights of the report was that only two out of 39 power utilities in sub-Saharan Africa (Seychelles and Uganda) were able to break even. Only 19 utilities had enough cash flow to cover operational costs, and only four of these utilities were able to cover half or more of capital costs.

In Africa, the return on investment challenge for the mini-grids is still a big issue mainly because of low per capita energy usage, and low manufacturing, agribusiness, and other value-added processes.

Missing Links and the Way Forward

Proactive stimulation of demand growth for electric energy for productive use will enhance the financial sustain­ability of the various electrification projects while transforming communities for the better in a sustainable manner.

A number of approaches need to be employed to grow the productive use of energy. These include data analytics driven measures, progressive policy decisions, tax breaks and holidays, market ring fencing from import dumping, and aggressive populace education, among others. Access to appropriate financing and business incubation and advisory services will go a long way in this direction. Adequate knowledge and skills by small business owners and households on the best way of using the energy for profitable ventures is a key enabler.

Some of the useful measures include end-user training and raising awareness, mechanisms to make energy-efficient appliances available and affordable, appropriate fi­nancing, and business incubation and advisory services.

There is need to segment the utility business electricity tariff to cater for the various small to medium business categories. Irrigation and farm produce value addition can be given a government discounted tariff to encourage more investment. In many countries, the commercial tariff lumps all non-domestic consumers—ranging from small kiosks, barber shops, and salons to cottage and big industries—in one tariff.

The existing expensive long-term power purchase agreements further compound the challenge of high utility operational costs. There is a need to move to the auction model as a best practice for power purchase going forward across the countries and utilities in the continent.

Other enablers such as good infrastructure will play a very important role in up-scaling the productive use of energy. Access to infrastructure is one of the basic requirements for the development of an economy and it holds its importance especially in the context of off-grid rural areas. Infrastructure includes roads, water, sanitation, education, health care, and telecommunication facilities. Each one contributes to and complements other elements in achieving overall development of a country by helping to get quick and cheap access to markets, data gathering, and generally opening up new frontiers for business.

There is little evidence on the relationship between electric energy access and poverty reduction in Africa. Rigorous evaluations and studies of electrification projects in Africa need to be done with targeted interventions being undertaken on a case by case basis.

India, Thailand, and Bangladesh have done very well in the productive use of electrification projects for irrigation and agricultural production growth. Other leaders in the active use of energy for productive purposes include cooperative projects in Bolivia and the Dominican Republic.

The most efficient way to have sustainable impact when appraising a rural electrification program is to ensure that such programs have a direct impact on livelihoods and revenue growth, in addition to direct impact on the standards of living and economic well-being.

As Africa gears up toward universal energy access by 2030, there is a need to rethink the long-term sustainability of the massive energy investments by way of scaling up the economic utilization of the energy in tandem. The million-dollar question is: Is it time to craft SDG 7.4 targeting increased productive use of energy in Africa?