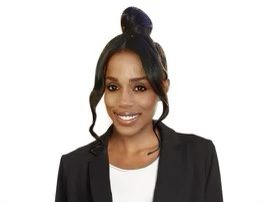 There have been historic initiatives within the U.S. to create a sustainable energy economy and to address major environmental concerns created by fossil fuels. The Inflation Reduction Act contains $369 billion in climate and energy provisions, which will have a meaningful impact on climate change. Meanwhile, the Bipartisan Infrastructure Law seeks to remedy environmental issues caused by inadequate regulation within the oil and gas industry.

The push for the use of renewable energy in the U.S. has created a legislative imbalance across the country. With any new initiative, legislation to regulate industry can be slow and ad hoc. Non-renewable energy, such as nuclear energy, coal, and oil, have been used for centuries, and the industry has become one of the most highly regulated. However, legislation for the decommissioning of plants utilizing these forms of energy has proven to be abysmal.

The decommissioning process occurs at the end of plant life after operations cease. The process of decommissioning for non-renewable energy varies, with nuclear plants being the most highly regulated. The regulation for the decommissioning of a nuclear plant is outlined by the U.S. Nuclear Regulatory Commission (NRC) and may occur using one of three strategies. These are DECON, immediate dismantling soon after the plant closes; SAFSTOR, often considered “deferred dismantling,” which involves maintaining and monitoring the facility to allow radioactivity to decay over decades; or ENTOMB, contaminants are permanently encased onsite in a material such as concrete. Additionally, to ensure that the decommissioning takes place, the NRC ensures that licensees of sites have sufficient funds for decommissioning with a reporting mechanism in place every two years. Regulation of nuclear sites is crucial, as there could be catastrophic implications for the people and environment, if performed inadequately.

Decommissioning of coal-fired power plants is regulated by the Environmental Protection Agency (EPA). Coal-fired power plant decommissioning is not as stringent as a nuclear plant, and involves cleanup and waste removal, remediation, and redevelopment. Many of these plants are retired but have yet to be cleaned up, remediated, and redeveloped because of the sheer cost of carrying out the venture. Instead, many entities seek to sell these plants as-is to an investor with deep pockets that has the wherewithal to remediate and redevelop them in accordance with EPA guidelines.

The funding for coal plant decommissioning costs is largely based on whether the facility is located in a regulated or deregulated state. In deregulated states, such as Pennsylvania, there is no state or federal protection to ensure that there is adequate funding for decommissioning. The cost of decommissioning is included in the cost of doing business. Coal plants can sit for years after shutdown without remediation, such as the 236-acre Hatsfield Ferry Plant, retired in 2013 but demolition and restoration will not be completed until 2024. However, in regulated markets across the U.S., decommissioning is paid by the ratepayer after the utility company provides cost estimates on a recurring basis and regulators approve the expenses. Delays in decommissioning can have negative impacts on the environment and community as a plant sits idle.

Oil and gas decommissioning, similar to coal-fired plants, is also plagued with abandoned wells that were improperly done, exposing residents to potential pollution that can leach into the soil. Decommissioning of oil wells involves dismantling the facility, plugging and abandoning the well, and restoring the site to its original condition. According to an investigation done by Reuters in 2020, America has more than 3.2 million unplugged abandoned wells, with Pennsylvania having more than 200,000 of those wells.

Federal regulation only governs 10% of the drilling that takes place within the U.S., according to the American Petroleum Institute, while the other 90% takes place on privately owned land governed by state laws and regulations. Many state regulations have proven to be woefully inadequate to cover the costs associated with decommissioning. For example, Texas administrative code requires only a $250,000 performance bond, letter of credit, or cash for 100 or more wells, while the average cost to plug a well ranges from $20,000 to $145,000, according to a Government Accountability Office report focused on the risks associated with insufficient bonds to reclaim wells.

Oil and gas companies have successfully escaped liability due to insufficient bonds, and many at the end of retirement of facilities are bankrupt with the state being left with the financial burden. According to Haynes and Boone LLP, there were 61 oil field service companies that filed for bankruptcy in 2020 as a result of the COVID-19 pandemic. Taxpayers have been left bearing the decommissioning liability, while oil and gas entities have eked out all profits from the wells. This resulted in lobbying efforts to have the federal government step in and remedy the situation by providing funding. In January 2022, the Department of the Interior received $1.5 billion through the Bipartisan Infrastructure Law to commence the plugging and capping of abandoned oil and gas wells, and awarded $560 million to 24 states, including West Virginia and Mississippi, for plugging of wells in August 2022.

In the age of renewable energy, one could only hope that legislators have learned from the horrors experienced in the decommissioning of non-renewable sites. Many first-generation solar and wind facilities are coming to an end with the average life of panels and turbines ranging from 25 years to 35 years. Like fossil fuels, there is ad hoc legislation relating to the decommissioning of renewable facilities.

Decommissioning of solar panels and wind turbines includes the removal of all panels or turbines, structures, foundations, fencing, roads, and restoring the property to the previous condition. Unlike fossil fuels, remediation is not considered in decommissioning, as many of the panels are recyclable and there is only an issue of environmental contamination if high quantities of lead and cadmium are present.

Most decommissioning legislation has the lessee of the solar farm delivering evidence of financial assurance that it will be able to complete the decommissioning of the site after the useful life of the equipment. The assurance is usually based on the total acreage being used for the solar or wind facility, less the salvaged value.

Although finalizing regulations for decommissioning of renewable energy sites is slow, many of these facilities are not yet retired. Therefore, states have the ability to enact legislation prior to the retirement of wind and solar farms, leading many states to avoid the failures of non-renewable legislation.

—Janique Williams is an attorney, working as a real estate specialist with a major U.S. utility.