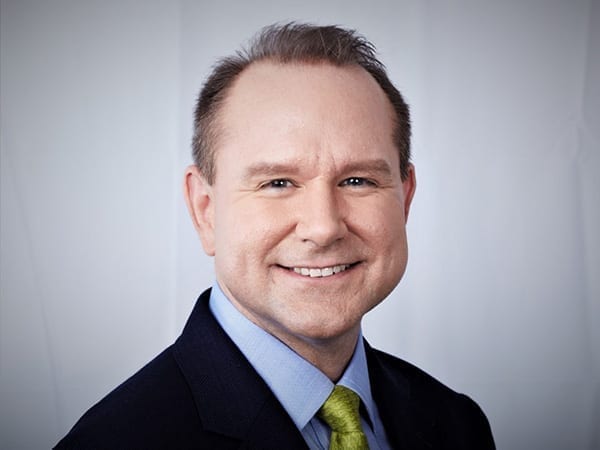 2020 was a catastrophic year for wildfires across the U.S. The National Interagency Fire Center (NIFC) reported that almost 60,000 fires ran rampant across more than 9 million acres in the U.S. last year, nearly 1.5 times the 10-year average of 6.6 million acres. Not only this, California saw its first-ever “gigafire,” a devastating single blaze spanning over 1,000,000 acres—an area larger than Rhode Island.

Environmental experts tell us that the changing climate will only make matters worse and a nightmare scenario for everyone, not least for electric utilities in the affected areas. We’ve written before about how utility practices such as powerline inspection and management have been impacted by and impact preventative and reactive wildfire efforts, but that was at the height of the crisis.

Now, at the time of writing, we are in the “off season” (though the threat is ever-present). The same issues remain, but this allows us to look at them from a different angle. How can utilities best use the spring to prepare for another fierce wildfire season in summer 2021?

To Be Prepared Is Half the Victory

Without the added pressure of fires to fight, utilities can focus on powerline inspection and maintenance ahead of time. Preparation is essential, as powerline issues can be a climacteric contributor to wildfires. Envision a tree branch that has grown over a powerline, which then snaps in high wind, bringing the live line down into tinder-dry brush: a recipe for disaster.

Therefore, efficacious powerline inspection and management is a must for wildfire prevention. Traditionally, ground crews “walk the line,” visually inspecting for damaged, aged, or weakened infrastructure or vegetation management purposes. Over time, this has been supplemented by aerial inspections by helicopter or fixed-wing aircraft, allowing teams to cover much larger regions.

Today’s approach has several drawbacks. The most obvious ones in terms of ground crews are speed and accessibility. Transmission lines can cover thousands of miles, and it’s merely impractical to cover all that ground by foot—especially when lines cross through remote and tricky terrain. Utilities prioritize areas they think have the highest likelihood of fire or pose the greatest threat to life and property. Generally, the greater the inspection coverage, the greater the preparedness. Aerial inspection helps here but can incur significant expense.

Alongside breadth, there is also the question of thoroughness. These are expertly trained teams, but the human eye (and mind) has limitations. The severe consequences of missing important risk indicators mean that we should not rely on human examination alone, whether from above or below. We also need to ensure that the reported information is captured correctly and routed to the right place for remedial action.

So, broadly there are three issues to tackle here to maximize preparedness: the effectiveness of data collection, the thoroughness of the data collected, and how to maximize the value of that data.

Hoping for the Best, Prepared for the Worst, and Unsurprised by Anything in Between – Maya Angelou

Preparation is twofold: identifying and mitigating risk factors now, and putting things in place so that reactions can be swift and effective when disaster strikes. Here, too, powerline inspection has a role to play. A thorough and extensive regime has the potential to provide utilities with a map of the network, along with potential hotspots and risk factors, saving vital time gathering information and reactive planning in the event of a major blaze.

Readiness is crucial for utilities because—as much as talk is of 2020, marking the “new normal”—we don’t know what is yet to come. 2021 could be better than 2020, it could be much worse, or it could simply be different. For example, what if we see heavy rains following a disastrous wildfire season? That would increase the chances of mudslides: an entirely different threat to utilities and communities. The real difficulty lies in volatility; accurate prediction allows for better mitigation. However, in an imperfect reality, we must be ready to respond to anything.

Everything Is Theoretically Impossible, Until It Is Done – Robert A. Heinlein

An optimistic read on the situation is that the sheer severity of the 2020 wildfire season has forced utilities, and state and federal governments, to take wildfires even more seriously than before. California had already learned these lessons, and now Oregon and Washington are fully alert to these dangers, opening an opportunity for greater inter-state and inter-utility cooperation. COVID-19 has even had a small positive effect, as the shift to virtual conferences has made it easier for cross-state discussion by eliminating travel.

Anecdotally, the enhanced focus should result in increased budgets for wildfire preparedness and response. However, it may take a year to filter into practice given that budgets are planned in advance and may lag current events.

We can also take a small degree of optimism from the change in the White House. President Biden’s greater focus on combatting climate change can only positively influence this context, even if only in the longer-term.

But the most significant cause for optimism is technology. Let’s return to the powerline inspection data challenges: the most advanced approaches don’t just rely on the human eye or even photography but add various other sensors to the mix, such as light detection and ranging (LiDAR) and hyperspectral imagery, creating a digital twin of the network, enriched with useful data, which allows for more insights and improves outcomes.

Results can further improve when combined with advanced software, making the most out of the data. For example, by applying machine learning techniques to combined LiDAR and hyperspectral data, vegetation surrounding powerlines can be mapped, including species identification, to highlight fast-growing trees most likely to cause problems.

When considering the effectiveness of data collection, gathering more data takes more time, making it harder to cover larger areas. For instance, if a helicopter must carry out one flight to collect high-definition (HD) imagery and another for LiDAR data, the time is at least doubled. However, the most advanced machinery now combines all the necessary sensor systems to collect all required data in a single flight. Another rapidly advancing data collection technique is to use automated drone flights to inspect assets faster and more thoroughly than ground crews alone.

Modern best practice combines both human and artificial intelligence, backed by the right technologies, procedures, and collaborators to reduce risk and mitigate natural disasters. Though the wildfire threat is ever-present, utilities have never had more options to prepare for the risks through this year and beyond.

—Chris Beaufait is CEO of Sharper Shape, which has developed a transformative way of looking at the automation of inspection—a holistic approach that adapts to each utility’s needs, existing processes, and digitalization efforts.