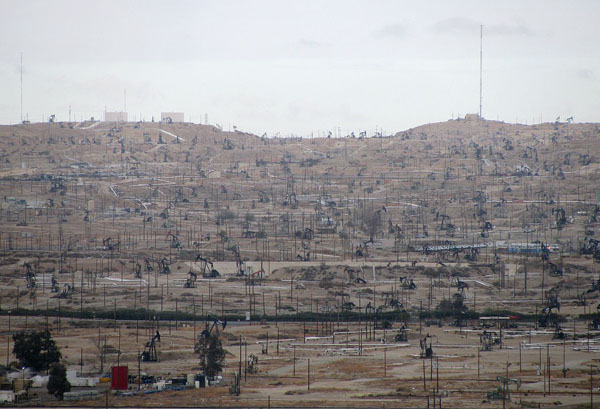 Shale—the titular “rock” this month—has been in the energy news almost continuously the past year or two. It’s impossible to go to an energy conference, something I do regularly, without hearing people talk about shale the way people used to talk about Michael Jordan when he first got into the NBA. Like Jordan and basketball, shale has changed the way the energy business works.

Ten years ago, we were talking about “peak oil” and what we were going to do when the oil and gas stopped flowing and prices skyrocketed. Now the U.S. is having serious debates about whether and how to export its fossil fuels. We’ve got more coal and gas than we know what to do with, and oil appears not far behind.

All of this is due to advances in oil and gas development that have made recovery from shale rock economic.

How it happened was pretty straightforward. Geologists have known for decades that the shale basins in the U.S. held a lot of oil and gas; indeed, shale is the source rock for many conventional fossil fuel deposits. It’s just that it was too deep, and too tightly held, for traditional methods to get it out economically. A lot of hard work by private industry, government, and academia over the years finally changed that.

Two shale plays—Marcellus in the East and Bakken in North Dakota—are grabbing the headlines, and for good reasons. Oil production from North Dakota has gone from an unremarkable 35 million barrels in 1998, a year many considered the state’s oil business to be all but dead, to 152 million in 2011. Pennsylvania’s gas production has exploded from an essentially negligible 80 Bcf in 1997 to 1,300 Bcf in 2011.

As impressive as these figures are, there’s another shale play out there that makes Bakken look like small potatoes.

It’s called the Monterey. But it’s located in that “hard place”—California.

Surfing an Ocean of Oil

The Energy Information Administration believes that the 1,750 square mile Monterey shale basin holds around two-thirds of the nation’s total shale oil reserves, about 15.4 billion barrels of technically recoverable crude—a good four times that of the Bakken or the Eagle Ford play in Texas (both hold about 3.5 billion barrels each). It’s also estimated to hold around 1.5 to 2.0 Tcf of shale gas, possibly more.

If you want to see a Texas oilman froth at the mouth, one good way is to ask him about relocating to California. There are reasons for that, but there’s also more—and less—going on here than most people realize.

As a long-time resident of California, I tend to bristle at descriptions of the state as being hostile to business and especially to oil and gas development. California in fact has a robust oil and gas industry: It ranks fourth in the nation for oil production and 10th for gas. There are fields in Southern California—like the Kern River field north of Bakersfield shown in the image at the top—that have been steadily producing for over 100 years. This allegedly anti-business state also has an economy larger than Russia’s or India’s. Were California a separate country, it would be ranked eighth in the world by 2011 figures. Not exactly a place where it’s hard to make a buck.

All that said, it’s not the easiest place either. There are good reasons why Texas governor Rick Perry recently made a series of high-profile trips to the state for the express purpose of luring California businesses to Texas. Taxes are high, the cost of living is higher, unions are strong, and environmental regulations are strict.

But while businesses can move to Texas, the Monterey shale is stuck where it is. So if it’s going to be developed, it has to happen in California. The prospects of this happening are perhaps greater than nonresidents of California might think.

The man who may make it happen, believe it or not, is current governor Jerry Brown.

In 2011, shortly after taking office, Brown raised eyebrows when he fired the state’s top oil and gas regulators because of perennial foot-dragging when it came to issuing drilling permits. (The two officials were, interestingly enough, appointed by Republican Arnold Schwarzenegger.) Brown—once derided as “Governor Moonbeam” for his strident environmentalism, among other things—later boasted about the firings when speaking to business leaders: “I fired the people in charge, and now our permits are dramatically up.”

Brown in a sense is taking a page from Colorado Governor John Hickenlooper, another Democrat who’s trying to harness the economic power of his state’s oil and gas sector while still respecting voters’ concerns for the environment. While Brown has not yet claimed to have drunk fracking fluid, he’s made it clear he wants to find a middle ground on fracking.

Naturally—like Hickenlooper—Brown’s actions have deeply alarmed his state’s environmental lobby. Among them is the Sierra Club, which is suing the California Department of Conservation (DOC) in an attempt to slow down further oil and gas exploration. In December, the DOC released a draft version of new regulations governing hydraulic fracturing, which were immediately slammed by environmentalists as being too lenient. Brown has said he views the regulations as a first step in expanding the practice.

One thing that distinguishes California from other states dealing with the fracking boom, such as New York, is, again, its established oil and gas sector. Fracking is not new to California—the process has been used in the state for decades, though in combination with traditional vertical drilling rather than the horizontal techniques that have spawned the shale boom elsewhere. So far, the environmental impact appears to have been slight. Brown, still dealing with nearly 10% unemployment, appears more concerned with the impact on the state’s economy. Certainly, local officials in Kern County, the epicenter of California’s oil industry, where unemployment tops 13%, would love to see more oil and gas development.

There are other reasons to think a new oil and gas boom may be on the way.

A study by the University of Southern California (USC) and the Communications Institute, a Los Angeles think tank, estimated that developing the Monterey could generate 2.8 million new jobs and $24.6 billion in tax revenues by 2020. The USC study, released on Mar. 14, was funded in part by a grant from the Western States Petroleum Association (WSPA), an oil and gas industry trade group. (I gave my thoughts on the “frackademia” debate last year.)

The company with the biggest current stake in the Monterey shale, about 50% by area, is Occidental Petroleum, a firm with deep, enduring roots in California history and politics. Among other things, its former president, Armand Hammer, was a long-time supporter of the California Republican Party and a patron of both Richard Nixon and Ronald Reagan. Occidental has been trying to develop the Monterey since the 1970s, and is currently ramping up its exploration and development efforts. (As you might expect, Occidental is a member of the WSPA.)

State legislators opposed to fracking have introduced three bills to restrict the practice, but all have failed. This, despite Democrats holding a supermajority in Sacramento.

Even with Brown’s support, though, there are roadblocks to overcome. Some are geologic: The Monterey shale, thanks to California’s seismic history, is heavily faulted, folded, and fractured, which will make extraction more complicated and expensive than in regions like North Dakota and Texas.

Others are political: The California Environmental Quality Act (CEQA) essentially gives anyone—private citizens, local governments, businesses, or lobbying groups—the right to force any project with a “substantial economic impact” to complete an environmental impact report. Since the law is so vaguely written, it’s caused decades of litigation over just about every project you might imagine. (In another example of how California politics don’t always play by the usual rules, the CEQA was signed into law by then-governor Reagan.) It’s a certainty that the CEQA will be invoked to stop fracking.

All of this matters for the gas power industry not just because of the gas reserves in the Monterey play (which, in comparison to the Marcellus, are fairly modest). It matters because the nation’s energy future depends on being able to chart a steady course between the environmental risks of expanded fossil fuel development and the nation’s energy needs. As the International Energy Agency pointed out last year in its Golden Rules for Golden Age of Gas report, botching this transition means lower gas production, higher energy costs, and greater reliance on less environmentally friendly resources.

California has traditionally been a bellwether for the U.S. on a great many issues. Let’s hope it can serve a similar role again.