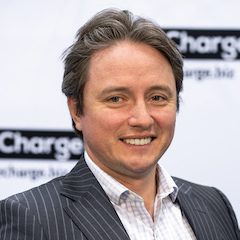 Electrifying forklift fleets has become a priority for many material handling operations that are playing catch-up on this industry trend. Over half of all lift trucks sold in the U.S. in 2018 already were electric, and the pace of transitioning to electric motive power has only accelerated in the last years.

Switching from liquid petroleum gas (LPG) to electric forklifts (Figure 1) is bringing tangible and proven benefits to all operations using lift trucks, including lower operational and total ownership costs, and safer, cleaner, and quieter conditions at workplaces. Lithium forklift battery technology made this switch viable for many heavy applications. In this article, we demonstrate how to correctly calculate the lithium forklift battery amp-hour (Ah) capacity for switching to electric forklifts.

Internal combustion engine (ICE) lift trucks are still used by many companies today, partly because of the inertia of business-as-usual, and partly because the old-generation electric trucks did not allow the switch. Inefficient lead-acid forklift batteries have inherent limitations and cannot support applications with a high energy throughput, such as paper and packaging, lumber, and metals, especially in extremely low or high temperatures and outdoor conditions. Long travel distances, driving up ramps, heavy loads, high lift heights, and the use of powered attachments, such as paper clamps, all put extra pressure on the power source.

Lithium batteries remove these barriers to going electric and reduce operational costs and pollution. Lithium battery packs can store a lot more energy than a lead-acid battery in the same size battery compartment and can be quickly opportunity-charged during breaks and lunches to last through multiple shifts every day. The FROST Series battery operates in extreme temperatures without any significant loss in capacity thanks to a built-in heater and insulation.

LPG forklifts are, by and large, comparable to diesel- and gasoline-powered lift trucks. LPG engines produce lower noise and air pollution levels at workplaces, and they also cost less to fill the tank than other ICEs that use diesel or gas.

However, when compared to electric-powered lift trucks, they are much more expensive to operate and maintain. The environmental benefits of electric power are also obvious. So, it is just a matter of time before nearly all ICE-powered trucks will transition to electric. As a matter of fact, the timing is already set in some states. California, for instance, will not allow the sales of new forklifts unless they are zero-emission forklifts starting in 2026.

Lithium solutions have the highest return on investment (ROI) of the advanced motive power sources commercialized today. The advance of lithium-iron-phosphate (LFP) batteries in the material handling industry followed the mass adoption of these batteries in electric buses and passenger electric vehicles (EVs), this technology was already tried and tested by the time it was introduced to material handling equipment (MHE).

Apart from safety and environmental benefits, lithium batteries offer users a significant improvement in forklift performance: faster travel and lift speeds, less downtime, and no acid spills or fumes. But what really made the adoption of lithium technology possible is the proven ROI of lithium forklift batteries, which comes with significant savings on energy, labor, and infrastructure costs.

Below you see a real-life example of a calculation of the total cost of ownership for LPG and lithium-powered forklifts. These calculations are based on five electric and five LPG lift trucks of the same brand, operating five days a week, three shifts per day, for five years. The cycle life of lithium batteries lasts up to 10 years, depending on the application and usage profile. This value is not negligible. To simplify the analysis, we did not take into account the residual value of the trucks and batteries.

The upfront cost of the equipment is higher with the electric lift trucks, but the savings over the five years are very substantial. With lithium-powered forklifts, this company saves on labor and maintenance. The rule of thumb is that an electric forklift requires one-third the maintenance of an ICE engine forklift.

However, the real difference is in the cost of electricity compared to the cost of propane fuel. The company ended up paying 10 times less for electric power than what it would have spent on propane. The prices of electricity and LPG vary across the states, but the difference is dramatic everywhere. The total savings with lithium-battery electric forklifts, in this case, amounts to about 56%, or $400,000.

In the above example, we have juxtaposed similar forklift models of the same brand powered by LPG and electric engines. To run this analysis correctly we needed to compare apples to apples, that is, the engines also needed to be similar in terms of energy and power output. Here’s how the engineers at OneCharge calculate the parameters of a lithium battery for LPG to electric forklift transition.

We typically recommend that our customers go with a higher voltage battery option to have “more gas in the tank” to be ready for an unexpected extra hour of operation or a missed charging event. Besides, it is a good practice to keep the battery state of charge above 50% to prolong its cycle life, so the extra Ah capacity always helps.

Many companies today still stick to their old propane lifts because of inertia, long-standing business relations with local MHE dealers, and lack of knowledge of the new lithium technology. Typically, you’ll find LPG forklifts in outdoor operations in the lumber, paper, and recycling industries. Traditional business and financing terms for leasing material handling equipment may also prevent customers from transitioning to electric forklifts. For example, if a third-party logistics company has a three-year contract, the utilization of higher-priced electric forklifts will still be far from 100% by the end of the lease term, and the market is not yet offering a standard way to recover the high residual value of lithium batteries after just three years of use.

There is no doubt that these issues will be resolved in the very near future. Even though a less effective technology can be hard to switch from (remember your VHS cassette recorder?) the current social consensus on the urgency of energy transition from fossil fuels, coupled with the economic benefits, will push many industries to accelerate the adoption of lithium battery-powered electric equipment.

We are starting to see the adoption of lithium batteries outside of MHE in heavier machinery. Successful commercial projects include electric cranes and excavators in the construction industry, and locomotive engines in trains. Experiments are underway in marine transportation, and aviation is next in line. The future of powered equipment is electric.

—Tim Karimov is president of OneCharge.