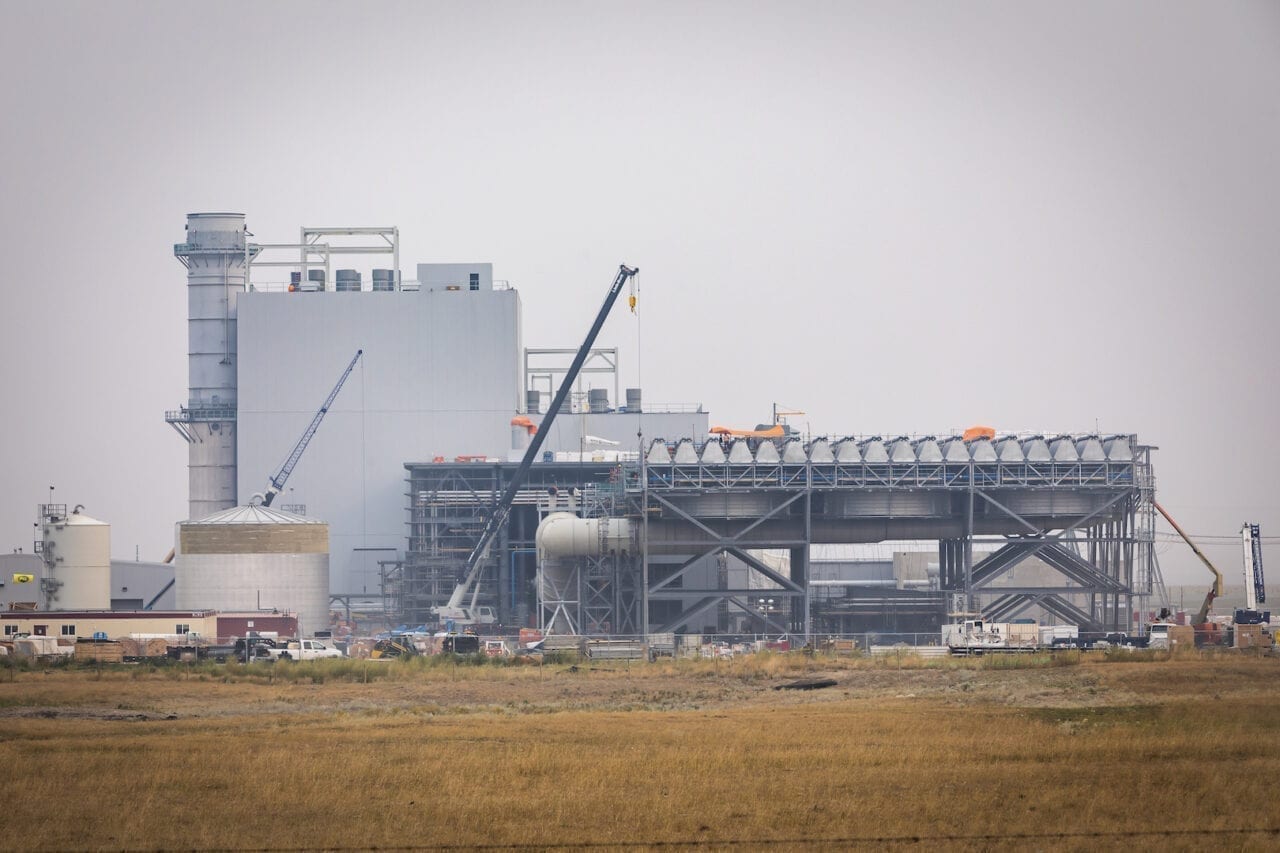 The once coal-heavy Canadian province of Saskatchewan wants to reduce greenhouse gas emissions from its power generation sector, and a new combined cycle natural gas-fired plant is a key part of that effort.

The Canadian province of Saskatchewan for years was traditionally powered by coal. As recently as 2005, SaskPower, the province’s principal electric utility, produced about two-thirds of its electricity from lignite coal, perhaps not surprising in an area where coal has been mined since the 1850s.

The province is making a concerted effort to reduce its greenhouse gas emissions. Natural gas-fired generation has grown steadily in the past several years, as the province got a head start on Canada’s 2018 mandate to phase out conventional coal-fired generation by 2030. Generation capacity from gas-fired power plants has increased more than 400% in Saskatchewan since 2005, according to government data.

For SaskPower, the goal of its current energy plan is to reduce the utility’s emissions by 40% by 2030, compared to 2005 levels. It plans to double its generation from renewables, adding wind, solar, and geothermal capacity. It is supporting those intermittent renewables with baseload natural gas-fired power, most recently with the 353-MW combined cycle Chinook Power Station that came online in November 2019. The plant, officially inaugurated in December 2019, is located near Swift Current, in southwest Saskatchewan, and is the utility’s 10th natural gas-fired power plant in the province.

“Chinook Power Station will ensure we have the power we need now and into the future,” said Howard Matthews, vice president, Power Production for SaskPower, in comments sent to POWER.

Chinook, a $605-million investment, could be the blueprint for the utility’s future forays into gas-fired power generation. The plant was completed in just under three years, came in $75 million under budget—it originally was earmarked as a $680 million investment—and utilized a local workforce in construction, including many of the area’s Indigenous people. More than $140 million in contracts was awarded to local companies for construction, with more than $9 million going to Indigenous contractors.

Burns & McDonnell, SaskPower’s engineering, procurement, and construction (EPC) partner, said 44% of the project’s on-site workforce was skilled trade workers from Saskatchewan. There were more than 600 workers on-site at peak construction, and about 25 workers now staff the plant full time. SaskPower’s commitment to provide reliable power to the region, along with its support of the local community and its role in reducing greenhouse gas emissions in Saskatchewan, make the Chinook Power Station a worthy recipient of a POWER Top Plant award.

“Burns & McDonnell was honored to provide comprehensive EPC services for construction of the new 353-megawatt natural gas-fired power facility,” said Chris Lehan, vice president of Burns & McDonnell Canada. “With an unwavering commitment to safety, we were able to deliver an exceptional quality project under budget and with an outstanding safety rate. It was an honor to partner with SaskPower to deliver resilient and reliable power to the people of Saskatchewan.” The project had only one lost-time injury in a span of more than two million labor hours (Figure 1).

“Together with our partner Burns & McDonnell, all our subcontractors and the City of Swift Current, we have achieved an important milestone in SaskPower’s more than 90-year history,” said Mike Marsh, president and CEO of SaskPower.

Dustin Duncan, the province’s Minister of Environment and the Minister Responsible for SaskPower, said in a statement after the plant’s December 2019 inauguration ceremony, “Chinook will play a vital role in our province’s future by providing the power needed to support the goals set in Saskatchewan’s Growth Plan.

“The [Chinook] facility will provide highly efficient baseload power, which will support intermittent renewable energy and help SaskPower meet its commitment to reduce greenhouse gas emissions by at least 40% from 2005 levels by 2030,” Duncan said.

Construction of the Chinook plant incorporated prefabrication of large portions of the facility within a controlled environment, part of a plan to reduce the risk of delays due to Saskatchewan’s long and cold winters. Portions of the facility such as pipe racks, electrical enclosures, air-cooled condenser modules, and other equipment were welded and assembled off-site, then shipped to the project site for final assembly. SaskPower said the prefabrication assembly and off-site manufacturing took place in Oxbow, Biggar, Regina, and Swift Current, towns and cities within the province.

“The economic stimulus that has resulted from this project is staggering and will have a lasting impact on our community,” said Dennis Perrault, mayor of Swift Current.

The Chinook facility is considered among the most-efficient power plants in the province. As a combined cycle plant, it captures exhaust heat that otherwise would be lost in a simple cycle configuration. This enables the plant to gain additional power output by capturing and recycling heat in a heat recovery steam generator (HRSG) producing steam, which is then sent to a steam turbine-generator to produce additional power output. The plant also applies advanced air cooling, making it more water-efficient than traditional combined cycle designs.

SaskPower has called the Chinook Power Station “a critical piece of the puzzle, serving as a source of baseload power capacity for the province.” SaskPower is no stranger to innovative power plant projects; a carbon capture project in the 110-MW Unit 3 at the utility’s coal-fired Boundary Dam Power Station was named the Plant of the Year by POWER in 2015.

CMI Energy—now again known by the company’s original name, John Cockerill—supplied the triple-pressure HRSG. The company has supplied more than 700 HRSGs at power plants worldwide. The HRSG at Chinook is 110 feet tall, and produces high-pressure steam at 2,320 psi, with a temperature of 1,050F.

Hyundai Heavy Industries Canada supplied the project’s transformers, while Japan’s Torishima Pump Mfg. Co. provided the boiler feed pumps. AZCO Inc., a Burns & McDonnell subsidiary, supplied the critical and high-pressure pipe for the facility. The process water for the plant’s steam cycle is generated in an on-site water treatment plant, and plant wastewater is routed to an on-site evaporation pond.

SaskPower said the Chinook facility “will be an integral part of the power generation mix as SaskPower works to reduce greenhouse gas emissions. In addition, the power station’s advanced-class gas turbine is a critical base supply for the province when weather limits renewable power generation.” The utility said the lessons learned from the Chinook project will inform its decisions as SaskPower moves forward with its next gas-fired plant, the 350-MW Great Plains Power Station, which will be located near Moose Jaw, Saskatchewan. ■