For decades, renewable energy sources—primarily wind and solar—have been touted as the answer to continued reliance on fossil fuels. The technology has substantially improved, reducing unit costs, and state-imposed requirements have increased demand, enabling increased production to be sustainable.

This expansion has come with the recognition that it also has environmental consequences. Wind farms threaten birds, particularly golden eagles and hawks. Most recently, environmental groups have questioned the impact of certain California solar facilities on birds and the endangered desert tortoise.

Regulatory agencies, while continuing to encourage expansion of renewable facilities, have endeavored to better protect the environment. These initiatives include development of plans for optimal siting of renewable facilities within fragile ecosystems and the development of written best management practices (BMPs) for wind farms. However, the initial response of the environmental community has been increased opposition. As a result, environmental impacts have emerged as a critical factor for successful development of renewable energy projects due to the delays in permitting and corresponding ability to obtain financing.

The MBTA is a criminal statute of impressive breadth, prohibiting take of more than 1,000 species, and imposing nearly strict liability for misdemeanor violations. The Eagle Protection Act is narrower in coverage and requires a “knowing” violation for criminal liability.

In enforcing these statutes, the Fish and Wildlife Service (FWS) has used its prosecutorial discretion to limit actual enforcement actions and has focused on increasing awareness of bird protection and requiring “best practices.” Notably, in the only two actions initiated against wind farms, the FWS asserted MBTA violations, while the eventual settlements focused on protecting golden eagles, including requiring that the facility obtain an Eagle Protection Act permit. The apparent logic is that an MBTA violation is more easily proven while the protections afforded by compliance with a permit under the Eagle Protection Act incidental take program likely extend to additional species.

For instance, the proposed Desert Renewable Energy Conservation Plan identifies about 2 million acres out of a much larger portion of southern California desert as suitable for development. The FWS is also developing best practices for these facilities. While compliance with those BMPs is not equivalent to a permit shield, as a practical matter, given the FWS use of enforcement discretion, a facility developed and operated consistent with the guidance is highly unlikely to face enforcement.

To facilitate the needs of project developers for financing, the FWS has increased the period for Eagle Protection Act permits from the initial 5-year maximum to up to 30 years. The FWS has also been responsive to public comment about the economic impact of ESA listings. The FWS recently listed the long-eared bat as threatened, not endangered, despite concern that the bat’s population has been devastated, and is using its authority to issue a 4(d) rule to allow certain potentially harmful activities even though they occur within the range of the bats.

These efforts, however, do not offer silver bullets for project sponsors. Neither the environmental conditions nor the regulatory environment are likely to be static. A 30-year eagle incidental take permit provides significant certainty, but it will also likely be subject to periodic reviews, which could impose enhanced requirements to reflect updated information on eagle mortality and improvements in technical responses.

Similarly, the BMPs for facilities continue to evolve (significantly, the FWS has announced it will be “re-evaluating” its eagle management program, and more recently, it has provided notice that it is evaluating the environmental impacts of issuing programmatic incidental take permits under the MBTA). The ESA status of species can also change. For instance, if the long-eared bat population continues its precipitous decline, demands will undoubtedly be made that the FWS list it as endangered, requiring greater protection. Any and all of these issues could present issues for facility operators, potentially requiring expensive reconfiguration of a facility or the institution of restrictive operational practices to reduce bird mortality.

In addition, it can be expected that any agency initiative to facilitate permitting of renewable facilities will be judicially challenged by environmental groups, inevitably resulting in delays in construction and typically requiring modification of preferred siting and operational configurations. Ironically, these environmental challenges are increasing just as it appears that the industry has achieved economic viability and operating success. The desired future growth of renewable facilities will continue to test both project developers and regulatory bodies to continue to lessen the impacts on birds and other species. ■ 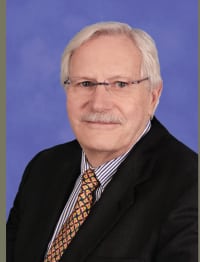