A debate over whether it is best to harness wind energy with horizontal-axis devices or vertical-axis devices has raged for thousands of years. Even how the technologies evolved is under some dispute.

It is thought that the first practical windmills were built in Sistan, Afghanistan, beginning in the seventh century. Windmills featuring long vertical driveshafts and rectangular blades made of six to 12 sails covered in reed matting or cloth material were likely used even earlier, in ancient Persia—somewhere between 200 BC and 500 AD—primarily to grind grain. The first recorded use of horizontal-axis windmills was in France and England in the 12th century, but historians cannot resolve whether or not the Afghani vertical-shaft design was transformed into the horizontal-shaft windmill used across Europe.

In the modern wind sector, vertical-axis wind turbine (VAWT) developers have spawned hundreds of what they term "revolutionary" concepts, but VAWTs have barely made a dent in the wind market. For years, opponents of VAWTs—typically avid wind power supporters—say the sector has been tainted by sketchy "inventors" who have, over the years, pushed under-performing technologies on consumers, threatening market confidence in the wind sector as a whole.

In an open letter to "inventors" of VAWTs concerning rooftop wind "technology breakthroughs" published in a 2008 American Wind Energy Association (AWEA) newsletter (vol. 27, no. 3), small wind energy advocate Mick Sagrillo similarly warned prospective buyers to carefully vet outlandish concepts. "Why does anyone with any credibility at all in the small wind turbine industry just roll their eyes with each new pronouncement of a new wind turbine technology?" he asked. It’s not because "conventional wind turbine manufacturers" are conspiring to exclude "threatening vertical-axis innovations and competition," he said. "Aside from the few who invest and [lose] their money on such ‘inventions,’ [those claims] only confuse the public and make them skeptical of legitimate wind turbines and manufacturers."

The Road to Credibility

Sagrillo recommended that VAWT purveyors get their concepts or technologies’ power curves tested at national laboratories or verified by industry groups such as the Small Wind Turbine Certification Council (SWCC), which certifies that small wind turbines meet the AWEA Small Wind Turbine Performance and Safety Standard. 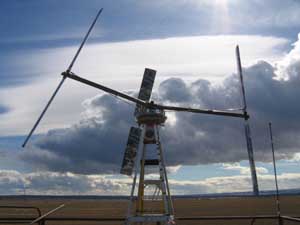 1. The Blackhawk. A 1.5-kW-rated wind turbine prototype that has helicopter-like wings is being tested by the Idaho National Laboratory. Courtesy: Blackhawk Project

A handful of VAWT makers are also seeking SWCC certification, among them, UrWind, for its Darrieus lift-based O2 model. And, in February 2010, New York City-based Urban Green Energy  (UGE) said its was the first VAWT firm in the U.S. to have its turbines’ power curves certified by a third party, after  testing was completed on 600-W, 1-kW, and 4-kW devices (Figure 2) in accordance with IEC-61400-12 (power production), IEC-61400-11 (noise levels), and ISO-2631 (vibration levels) standards. 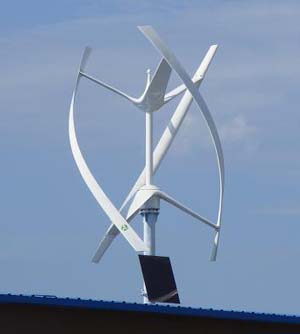 2. Urban Green VAWT. To gain credibility in a sector riddled with exaggerated claims, New York’s Urban Green Energy was the first VAWT firm in the U.S. to have its turbines’ power curves certified by a third party. Courtesy: UGE

Meanwhile, VAWT developers and proponents are campaigning for the technology type, decrying suggestions that VAWTs aren’t as efficient as conventional horizontal-axis wind turbines (HAWTs). Saying VAWTs offer several advantages over HAWTs, they are calling for applied research in the design characteristics of various VAWTs. Because VAWTs can intake wind from any direction, they can operate in turbulent and variable wind conditions far better than HAWT designs.

As well as being simpler and cheaper to build, they can be scaled more easily, require less maintenance than HAWTs, and produce less noise, proponents suggest. And, they say, because VAWTs can reap wind energy virtually anywhere using more readily available materials and less advanced and sophisticated materials, they could be built by more people in more places—advantages that should foster their widespread deployment.

A Gallery of Wind Turbine Designs

More images of VAWTs and HAWTs—and some models that fall into new categories— follow. 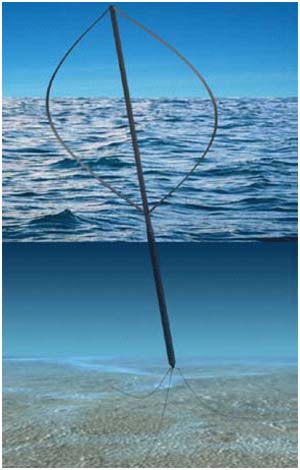 4.    The Ampyx. Dutch firm Ampyx Power’s PowerPlane system consists of a sailplane flying patterns in the sky. It is connected to a generator on the ground through a tether. The system generates power as the cable is unwound from the drum located at the ground. Courtesy: Ampyx 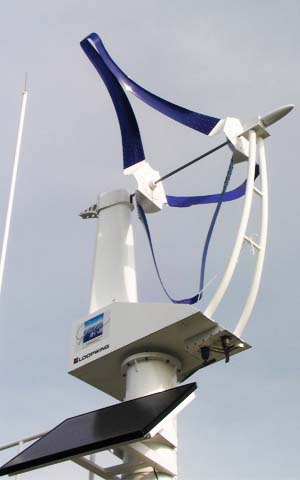 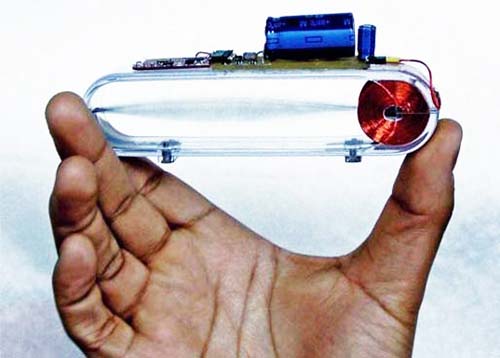 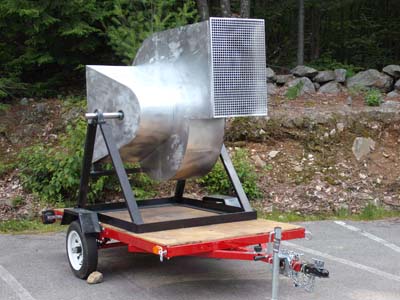 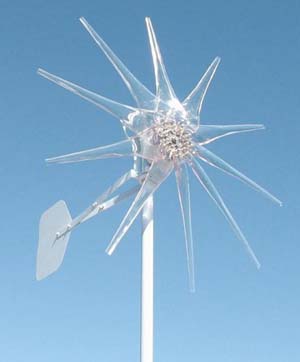 8.    The invisible turbine. EnergieVair’s 600-W HVSCS-12 prototype is made of polycarbonate, a transparent material. Courtesy: EnergieVair