Rate design is sexy again. On July 3, 2015, the California Public Utilities Commission (CPUC) issued its long-awaited decision altering California’s residential rate structure. Most of the focus on the CPUC’s decision has understandably been on the move from a four-tiered to a two-tiered rate structure and the introduction of a Super-User Electric Surcharge for customers using extreme amounts of electricity (400% above baseline for 12 months) because of the significant and more immediate impact of these changes on conservation and distributed generation.

However, the CPUC’s determination to implement default time-of-use (TOU) rates statewide by the end of 2018—making California the first state in the country to make such a momentous change on such a large scale—should be closely watched. A successful transition could mean a significant and meaningful step in helping California with its ambitious renewable energy goals. Failure could exacerbate grid reliability concerns and cause significant customer backlash. Either way, expect other states and countries to consider a similar model and follow the California experiment with default TOU rates closely.

California ratepayers have already invested billions of dollars in advanced metering infrastructure (AMI). As the utilities do not currently have significant enrollment in TOU rates, the potential benefits of the AMI technology have not yet been fully unlocked. In some ways, moving to default TOU rates was inevitable.

The 2018 deadline, which may be further extended as needed, is meant to provide sufficient time and resources to meet all legal requirements and, more importantly, to design a rate that is acceptable to customers while achieving reductions and shifts in load that benefit the entire state.

In determining whether or not to implement a default TOU rate, the CPUC decision finds that customers must be able to opt out of TOU in favor of other options, including tiered rates. Accordingly, the CPUC focuses on providing a “menu” of options to promote customer choice.

To ensure a successful default TOU rate structure, the CPUC had some recommendations. First, there should be consumer protections in the process, including a gradual glide path with a small differential between on- and off-peak periods to reduce bill volatility, a baseline credit with protections for medical baseline customers, and bill protection for the first year. Second, extensive customer outreach and education programs will be necessary.

Third, the CPUC believes that a minimum bill—rather than a fixed monthly charge—will help facilitate adoption. Finally, prior to the implementation of a default TOU, the CPUC believes that studies of the potential impacts are necessary, including a pilot TOU study, to gather more information on TOU rates, customer acceptance, load reductions, and other factors that should be considered in the design of default TOU.

California is leading the nation with its ambitious Renewable Portfolio Standards (RPS) program. Proposed legislation before the California Legislature would increase the RPS goal to an unprecedented 50% by 2030. The state’s aggressive approach has produced results but has also presented new hurdles.

One well-known hurdle involves a duck. The widespread implementation of intermittent renewables, including solar, has created a significant disconnect between electricity generation and peak demand which, when graphically represented, creates what has become known as the “duck curve.”

Thus, reducing peak loads and integrating renewables are two areas in which TOU rates could be used to promote the efficiency and reliability of the grid. Furthermore, if peak use is reduced, the need for peaking power plants will be reduced as well. Fewer new power plants means lower costs for everyone.

A large component of the success of a default TOU rate structure is customer education and understanding of TOU rates to enable them to accurately respond to price signals. However, another key component is the flexibility of the TOU time periods, which will likely need to change over time to adjust to changes in energy use and shifting load. Thus, the California default TOU rate structure will need to find a balance between having the flexibility needed to respond to a changing electricity market and giving customers a stable and reliable price signal that they can understand and anticipate.

A poorly designed default TOU rate, by contrast, could exacerbate grid reliability concerns and unnecessarily increase the need for certain types of generation. Even if the default TOU rate is well designed, customer pushback could still destroy its success, such as when Puget Sound had to terminate its default TOU program in 2002 due to customer backlash.

No matter the result, success or failure of the default TOU rate structure in California will provide important guidance and significantly influence decisions made around the world and certainly within the rest of the United States as to the appropriate rate design necessary to increase renewable energy usage. All eyes will be turned on California to see if the state gets it right. ■

—Vidhya Prabhakaran (vidhyaprabhakaran@dwt.com) is a partner and Katie Jorrie (katiejorrie@dwt.com) is an associate in Davis Wright Tremaine LLP’s energy practice in the firm’s San Francisco office. 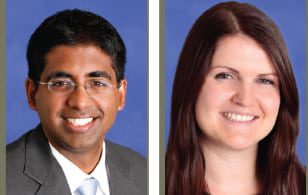