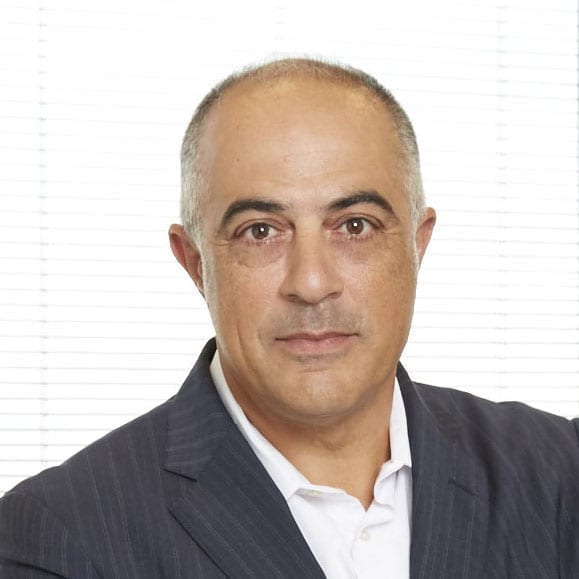 America’s energy systems are being led by renewables development, both now and in the foreseeable future. There should be no real argument about what the future of our energy economy looks like. Not just because renewables bolster needed decarbonization efforts, but because renewables are a better economic solution and embody core principles of American entrepreneurism.

The solar industry exemplifies the entrepreneurial spirit. What was a boutique industry until the early 2000s has become a booming multibillion-dollar asset class that is instrumental to future economic growth and employment opportunities. The strong pricing advantages of solar, wind, and now storage in the largest energy markets; a serious push by corporations to procure green energy; and the fundamental entrepreneurship and innovation of the entire sector—from developers and investors to components suppliers, construction firms, and plant operators—have propelled solar and renewables forward.

Large-scale solar (Figure 1) continues to boost its share of the U.S. power generation mix. Solar comprised nearly 40% of new generating capacity added in 2019, its largest annual share ever, according to the U.S. Solar Market Insight report. But with the rewards come risks. Increasing headwinds threaten to slow utility solar development and its role in securing a stable energy future. In the short term, the COVID-19 health and economic crisis could impair access to capital and derail projects. In the long term, our nation’s leaders will need to work collaboratively with each other and with industry players to craft policy that catches up to the fast-moving economic realities of renewables, modernizes the grid, and mitigates the effects of a rapidly changing climate.

To promote this continued growth and revitalization of our energy infrastructure, it’s clear we must begin by redirecting our investments away from fossil fuels and toward clean energy. The fossil sector continues to receive the lion’s share of government subsidies. The International Monetary Fund estimated that annual U.S. direct and indirect fossil fuel subsidies amounted to $649 billion in 2017. In comparison, the U.S. Energy Information Administration (EIA) put annual federal subsidies for renewables at $6.7 billion in 2018, with U.S. Treasury tax expenditures supporting renewables at $8.4 billion—a tiny fraction of government support of fossils.

Much of this growth has occurred without a coherent national renewables policy. Apart from the current debate about extending the U.S. solar investment tax credit (ITC) and turning it into a direct cash payment, much of the serious policy and regulatory work has been pushed to the state and local levels, leading to unpredictable and varying regulations that ultimately inhibit the level of investment possible.

Yet, expansion continues, principally due to the fundamental support that the solar market receives from large investors and corporations, which continue to be bullish about the economic and societal returns uniquely offered by renewables. U.S. private sector investment in renewables comprised more than 65% of new power generation spending in 2018, according to the EIA. The public sector should work more closely with corporations and investors through public-private partnerships to facilitate the growth of renewables.

Apart from the economics of renewables, our aging transmission infrastructure represents a mounting risk. It must be upgraded and expanded to support access for all types of energy, as well as sustain the entrepreneurialism necessary to invest in strengthening grid resiliency and efficiency. This innovation surge would unleash significant investment in intelligent battery storage and grid edge technologies integrated with renewables that could provide flexible baseload capabilities.

The lack of a centralized renewable energy policy and inconsistent bipartisan support for renewables have pushed most policy development to state and local governments. The resulting patchwork of clean energy mandates vary in scope and minimize the opportunity for interstate coordination necessary for the long-term revitalization of an aging energy infrastructure. It also creates uncertainty for investors, which affects long-term planning and financing strategies.

A number of states, however, don’t have RPS-like programs, so a significant portion of the country lacks the direction or policy incentives to transition to renewables, slowing our progress against climate change. In some cases, such as Texas and other states, they are still making great strides regardless of policy incentives because the economics of renewables are strong enough that they can compete with other power sources.

Increasingly, the economics of solar, wind, and energy storage have become attractive to corporate buyers that need to meet their energy and climate goals. The demand by large-load corporations such as Google, Apple, and Amazon, as well as smaller-load companies, including Gap and Starbucks, for reliable, cost-competitive sources of energy has resulted in a significant transition to renewables. An overwhelming number of corporations have set goals to achieve 100% clean energy sourcing and zero-carbon output within the next 20 years. As a result, in many states without renewable policies, such as Kentucky, corporations have been driving the state policy change necessary to support the deployment of renewables.

Constructive federal policies should encourage private investment in growth sectors of our economy. Tax policies have been used to spur the expansion of renewables from nascency to relevancy, and they’ve been very successful in making projects competitive. The federal ITC and production tax credit have been instrumental in stimulating clean energy deployment, encouraging billions of dollars in private investment and creating jobs. In the longer term, additional policy measures such as carbon pricing and a national RPS should be considered.

In the short term, commonsense measures like direct pay and an ITC extension will have a significant impact with minimal cost to taxpayers. The negative impact of the coronavirus on the solar industry and clean energy sector has triggered an industrywide effort led by the American Council on Renewable Energy (ACORE) and the Solar Energy Industries Association (SEIA) to call on Congress to make the “tax credit more accessible through a direct pay option, [which] would make the industry less reliant on tax equity markets and restore much needed liquidity, helping to keep workers on the payroll and projects moving forward.”

The U.S. power grid may be a massive and impressive piece of infrastructure, but it is aging and needs a serious upgrade to keep up with future demand and the changing ways we produce and consume electricity. The lack of transmission lines from resource-rich regions to high-demand areas, transmission line congestion and long queues, no clear guidelines on how to incorporate storage and renewable resources, and changing patterns of production and consumption hinder access to the grid and limit growth. The current grid is also vulnerable not only to cyberattacks, but to physical attacks and natural disasters.

To ensure a reliable and resilient energy future, the grid must be modernized. Transmission lines need to be expanded and upgraded around the country where there is congestion and where renewable resources yield the most power. The integration of energy storage systems is also critical to mitigate these concerns. These actions will fuel job growth, spur economic investment in rural areas, and reduce costs for consumers. Increased resiliency and reliability will lead to fewer brownouts, and failures will be more contained and not cascade through the system, resulting in shorter, more narrowly targeted public safety power shutoffs.

Government and industry players must come together and collectively champion new favorable policies and regulations, and pursue initiatives that benefit the sector. One such approach is the Macro Grid Initiative, a program launched by ACORE and other organizations and backed by industry and utility stakeholders. The program seeks to “build public and policymaker support for a new policy and regulatory environment that recognizes the substantial nationwide benefits of new regional and interregional transmission.”

The vision of this public-private initiative is to “expand and upgrade the nation’s transmission network to deliver job growth and economic development, a cleaner environment, and lower costs for consumers.” The states between the Rockies and the Mississippi River account for most of the nation’s wind potential and more than half of the solar potential, yet this region accounts for only 30% of expected 2050 electricity demand. A transmission macro grid would connect renewable resource centers with areas of high electric demand, enhance grid resiliency, and reduce carbon emissions.

Having robust interconnected grids not only supports the deployment and operation of all generation sources, but creates more consistent, planned investment efforts that reinforce renewables development in many parts of the country that have not yet benefited from the economic impact and job creation that follow renewable planning activities.

As the effects of climate change intensify, weather is increasingly unstable, unpredictable, and powerful. Solar developers, EPCs, and plant operators need to adjust their risk modeling and better prepare for the possibility of weather-related material damage to their assets. Renewable energy insurance provider GCube reported that 50% of all renewable energy claims in North America in 2019 resulted from weather-related incidents. The physical impacts of extreme weather threaten our energy infrastructure, whether it’s flooding or wind damage in hurricane zones, solar array damage from major hailstorms or high winds, increased flash flooding in some regions, or harm to power plant assets caused by wildfires. Even record low and high temperatures can damage systems, or at least have an adverse impact on power generation performance and efficiency, unless those systems are ruggedized for the extreme temperature swings.

While strengthening the grid is essential, other risk mitigation strategies include designing and building more robust and intelligent solar and solar-plus-storage plants with advanced weather forecasting and proactive asset management, as well as improving operations, maintenance, and incident response capabilities. In fact, these smart, storage-backed, dispatchable clean-energy systems will mitigate the inherent intermittency of renewables while enhancing grid resiliency with ancillary services and help ease grid congestion with non-wire alternatives to transmission upgrades.

Severe weather also changes the way power markets function and causes extreme pricing fluctuations. The Electric Reliability Council of Texas (ERCOT), for example, has faced very strong demand over higher-than-normal seasonal temperature days that caused extremely high power prices to meet that demand. These spikes make it possible for this energy-only market to incentivize building over the long term. In the same market, however, negative pricing occurs because of the high penetration of renewables, transmission constraints, low-demand hours, and other economic complexities. Energy producers can still profit while mitigating these volatile events by charging at congested or negative pricing times, and discharging during demand spikes.

U.S. power markets are rapidly evolving toward cleaner, non-carbon energy resources, providing a multitrillion-dollar entrepreneurial and economic opportunity, as well as a pathway to resolving the climate crisis. There will be many emerging challenges and morphing risk profiles for the utility-solar and other adjacent sectors, but we have the tools for success, if we use them properly. Because, at the end of the day, failure is not an option.