Battery energy storage has exploded in deployment over the past several years, but the majority of it by capacity, especially in North America, is deployed at grid scale. That may be a problem, because a new study from the Rocky Mountain Institute (RMI) suggests the greatest value to the system lies with behind-the-meter batteries—distributing battery storage as far down the distribution chain as possible.

The RMI study, “The Economics of Battery Energy Storage,” looks at the economics and impact of battery storage for three groups of stakeholders—customers, utilities, and independent system operators/regional transmission organizations (ISOs/RTOs)—as well as thirteen different types of services batteries can provide.

What it found is that customer-sited storage is potentially able to provide all types of services, but that storage deployed by other entities is unable to provide some of the most useful services for customers: backup power, increased self-consumption of distributed generation, demand charge reduction, and time-of-use bill management.

Lots of Hype, Lots of Potential

Behind-the-meter battery storage has garnered a substantial amount of attention in 2015, in part because of media-savvy companies such as Tesla jumping into the industry. That’s led to a certain amount of hype, though more sober observers still insist the potential is there for serious disruption of the status quo.

The RMI study notes that distributed, behind-the-meter batteries are frequently not the least-cost option, but that it provides the greatest opportunity for capturing value and thus return on investment.

The reason for this is one many storage industry experts have pointed out recently: Current regulatory models and grid conventions don’t make it easy—or even possible—for customer-sited storage to provide services for the overall grid. Consequently, many behind-the-meter batteries are deployed for single or limited purposes and thus leave substantial value unexploited.

“This results in batteries sitting unused or underutilized for well over half of the system’s lifetime,” the study says. “For example, an energy storage system dispatched solely for demand charge reduction is utilized for only 5–50% of its useful life.”

That means a lot of lost economic benefits.

“Stacking” the many services a battery can provide changes that equation substantially. In three out of four use cases the study looks at—ranging from commercial demand change management to solar self-consumption, only the utility-sited battery case deployed to defer transmission upgrades could not generate a positive return on investment. In each case, however, it was the additional services stacked onto the intended function that made the difference.

A Coming Wave of Behind-the-Meter Batteries

The study notes that both commercial and residential customers are increasingly seeing the economic value of batteries for their own narrow needs, meaning they are likely to deploy them whether utilities like it or not (Figure 1). 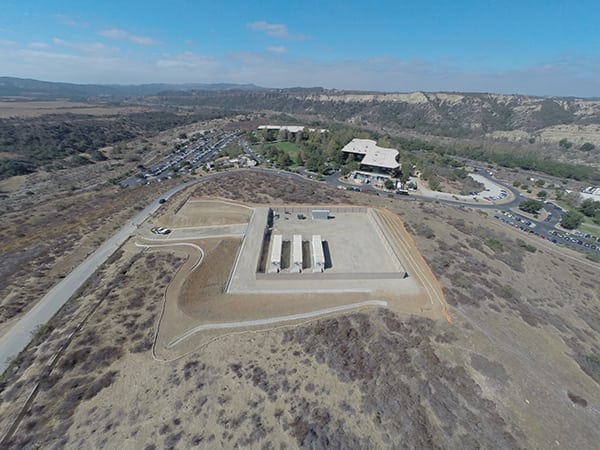 1. Latent energy. This energy storage system in Southern California, like many commercial systems, is deployed for demand-charge reduction. A new study suggests these types of behind-the-meter batteries have large unexploited value to the grid. Courtesy: Greensmith

“In light of the fact that these assets can be used to provide grid services on top of this primary use, creating business models that take advantage of this capability—rather than procuring ultimately redundant centralized solutions—should be a high priority for grid operators, regulators, and utilities,” the study says.

Making this work, however, will present a challenge for regulators and utilities. Regulators, RMI says, should work to remove barriers to stacking and require that distributed storage be a required option for consideration when addressing traditional utility needs.

Utilities, meanwhile, need to restructure their business models and rates to recognize the value of distributed storage and make the distinction between centralized and distributed assets revenue-neutral.

Though the study does not call out any companies by name, some utilities such as Texas’s Oncor and San Diego Gas & Electric have taken proactive stances with respect to behind-the-meter battery storage. Regulators in states such as California and New York have also moved to make the grid much more storage friendly. Others, such as Texas, have regulatory models that handicap battery storage and have shown little interest in changing that.