In April 2012, Turbine Technology Services (TTS) was involved in the conversion project of a legacy GE Frame 5001 gas turbine at a Mississippi power station. The unit, which originally had installed the GE Fuel Regulator Turbine Control System, supplies power and steam via a heat recovery steam generator.

Originally retrofitted in the early 2000s with a more modern programmable logic controller (PLC)-based turbine control system, it offered turbine owners increased flexibility in turbine control thanks to its enhanced instrumentation and diagnostic capabilities—effectively extending its operational lifetime. However, the fuel control instrumentation was not upgraded and was left in its original configuration.

Communication with the original turbine fuel control system involved a hydraulic pressure signal, which was fed to the fuel control valve for positioning. The accuracy of this control loop required the use of precisely calibrated hydraulic-to-mechanical positioning devices. These devices are highly reliable in a clean turbine lube oil environment with proper service and maintenance.

The shortcoming in this configuration is that due to the devices’ mechanical wear characteristics, as well as the need to manually calibrate them in the field, they have become obsolete in this application. In addition, the waning of technical knowledge on the proper procedures and settings also contributes to the limitations on this procedure. 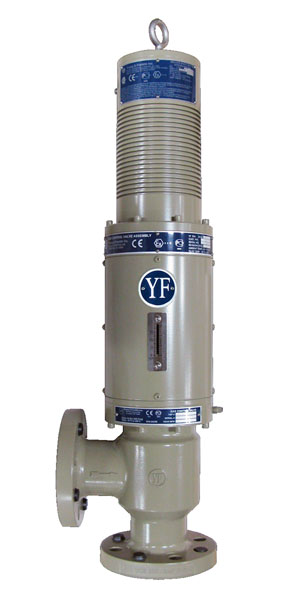 The upgraded system is commanded via standard electrical signals generated by a single device without affecting the performance of all other systems of the gas turbine, such as lube oil. This direct communication leads to an increase in overall system reliability and integrity, providing the appropriate solution that clients request.

The maintenance frequency and intensity on the modern fuel control system is a significant improvement over its hydraulic counterpart and offers customers much longer intervals between required service, thus minimizing operation and maintenance costs. The new system doubled the mean time to overhaul, increased mean time to calibration by a factor of five, and reduced preventative maintenance costs from $5,000 to $10,000 per year to under $1,000/year (Figure 2). Gas fuel shutoff classification was also upgraded from Class IV to Class VI, and effective position/flow accuracy was increased from +/- 3% to 5% full scale to better than +/- 1%. 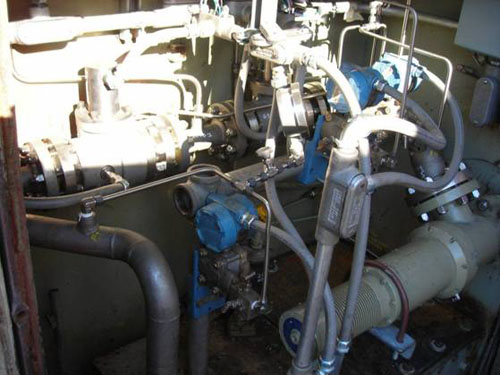 Overall, updating critical gas turbine instrumentation, along with the upgrade to traditional gas turbine control systems, allows production machines to adapt to modern demands. The collaborative effort between TTS and Y&F resulted in an extremely successful solution that ensured a reliable service life for the gas turbine’s fuel control systems for many years to come.