Ninety years ago America was at war, and producers of coal (principally anthracite) were struggling to meet demand. It’s hard now to conceive of coal as the universal fuel, but there was a time when it was used in the U.S. to heat homes, schools, and libraries as well as to make steel and manufacture electricity. The coal shortage touched every citizen in many very unpleasant ways.

POWER noted in the first issue of 1918 that one of the key challenges facing the U.S. was "the shortage of coal and raw materials and inadequate transportation facilities." The editor also wrote about "its delivery, depending upon congested railway facilities" — something we can relate to today. Coal shortages and spiking prices forced municipal and industrial users to switch to oil or softer coals. "Oil fuel for power plants has come into extensive use even in New England, where under ordinary conditions it would not be considered… due to the excessive cost of coal and its actual scarcity," wrote the editor. 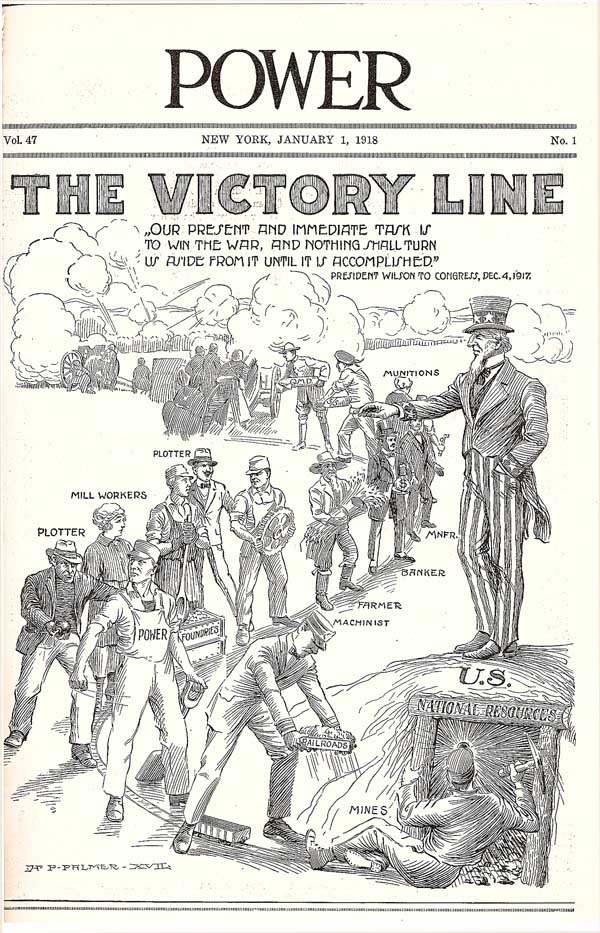 Today the challenges posed by coal include reducing NOx, SO2, and particulates. Ninety years ago our grandparents (at least mine) could see what needed control, but they had no options for addressing that need. In 1918, POWER editors noted that "Smoke abatement has been set back temporarily. The smoke in Chicago was never worse. New York is receiving its baptism of soot and ash from the burning of soft coal in furnaces designed for anthracite. Boston is in much the same situation."