Visiting power plants is one of the perks of being a COAL POWER editor. Some plants are located in metropolitan areas; others are closer to east nowhere, especially those mine-mouth plants. Each is unique and worth the travel time to visit and meet plant staff.

On of my interests is plant security. Some of the facilities I visit require multiple stops, gates, guards, and ID checks, while others just point you to the visitor parking in front of the admin building. The newer gas-fired plants seem to have a good handle on security, and virtually all are well fenced and gated—a side benefit of having a rather small footprint. Many of the older coal-fired plants don’t have a clue about security and will soon pay the price for lax measures.

My interest isn’t just academic. It’s born from a bad experience years ago while serving as the project manager of a start-up wood-burning fluidized bed combustion plant.

It seems the rappers on the electrostatic precipitator were keeping a local farmer’s wife awake at night, three miles from the plant. She nagged her husband about the noise until one evening he decided to pay us a visit. Imagine our surprise when our neighbor barged into the plant control room around midnight sporting a shotgun and “politely” suggesting that we “Quiet this plant down!” Cooler heads prevailed, and the rappers were rapidly silenced the next week with acoustic boxes. New fencing around the plant was also quickly installed, and armed guards patrolled around the clock.

Facilities that don’t exercise even a modicum of security these days are asking for trouble. My experience was embarrassing, but yours could more than likely be a career-ending PR disaster.

The recent Greenpeace “invasion” of the Delta Electricity’s coal-fired Munmorah station in New South Wales, Australia, serves as an interesting example of what can happen if you haven’t taken appropriate security precautions at your plant (Figure 1). 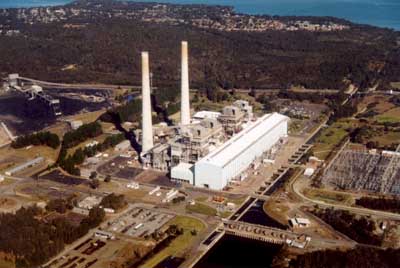 Munmorah was built as a mine-mouth plant 30 years ago, with conveyors delivering fuel from two adjacent underground mines. Only the two newest units continue to operate; each is rated at 300 MW. Coal is delivered from the mine to either the station bunkers or the coal storage area.

Early one morning in late November, 15 Greenpeace protesters slipped into the plant unannounced. Some protesters climbed on the roof of a building and used black paint to write “coal kills” slogans and hung a banner that read, “Climate change starts here.” Others took a more risky tactic by chaining themselves to conveyor belts that feed coal to the bunkers.

Workers at the plant were evacuated for their safety (probably more for the safety of the protesters), but operations were not disturbed by the dawn protest, said a spokeswoman for Delta Energy. 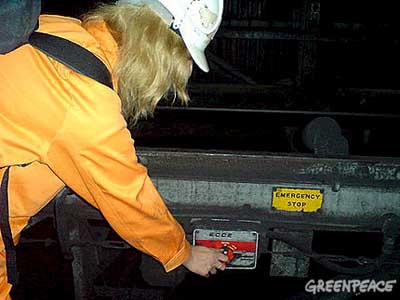 It seems the protesters wanted to shut down the plant by securing the main fuel conveyors, which they did (Figure 2). Luck was with the plant, because the protesters didn’t understand that the fuel bunkers also hold a day’s worth of fuel. I doubt they will make the same mistake twice.