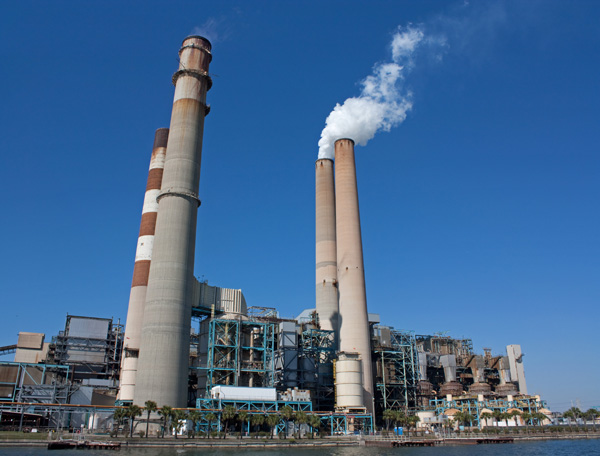 Speaking at the IHS CERAWeek conference in Houston Mar. 4–7, the leaders of several natural gas and power companies revealed starkly different views of the future of their industries, in large part due to the regulatory regimes they are faced with.

In contrast to some complaints that have come from the gas industry recently, Joseph C. Geagea, president of Chevron Gas and Midstream, openly praised the U.S. environment for having played an integral part in the shale gas boom.

“The technology and expertise to develop shale was available. The pipeline infrastructure was very well developed. The regulatory system was conducive. And most importantly, the very liquid physical and paper market allowed producers and sellers to come together” profitably and efficiently.

But these conditions don’t exist everywhere. “Not every country can or will choose to develop its shale gas resources.”

Geagea warned that the U.S. risks missing the boat if it does not move to take advantage of the enormous projected growth in liquefied natural gas (LNG) demand via exports. “Without sufficient LNG infrastructure, many countries will not be able to participate in the golden age of gas.”

“The economic benefits of exporting LNG could be substantial,” he said. While there are political aspects to exports, ultimately, “the market will decide.”

One of the countries moving quickly to seize those opportunities is Australia, as Woodside Energy CEO Peter Coleman told the conference.

Asian LNG demand, especially in Japan and China, is expected to grow strongly, Coleman said, and Australia is poised to grab a big share of that market. The country currently has seven LNG export projects under construction, representing more than A$200 billion in infrastructure investment.

“When these projects come into production, they will increase Australia’s LNG export capacity from 24 mtpa to about 80 mtpa.”

Coleman nevertheless warned observers not to get overly exuberant about the global LNG market. “LNG projects are large and capital intensive, and they are becoming more complex and challenging to bring online.” Thus, they have to be supported by long-term supply contracts. These projects “are huge logistical challenges,” he said.

Bob Dudley, CEO of BP, who gave the keynote address on Wednesday, had some choice words for those who doubt the potential of shale development.

Philippe Sauquet, president for gas & power for French giant Total, noted that while LNG supplies are becoming globalized, there is no sign of similar movement in LNG pricing, with European and Asian prices remaining stubbornly high.

Geagea pointed out the challenges in creating a trading hub. “You need the infrastructure, and you need liquidity, for a hub to be successful.” While Europe is developing both, in Asia “none of the requirements for success actually exist.” Few pipelines cross national borders and there is no liquidity in the market. Until that changes, it’s premature to talk about an Asian hub, he said.

Rainer Seele, chairman of the board for Wintershall Holding, openly blasted German government policies for holding back gas development. “There is no growth momentum in the natural gas market [in Germany] and no sign of improvement.”

With renewables struggling to become cost effective and nuclear being phased out, the country needs gas but seems unwilling to take the necessary steps to develop its domestic supplies. Public acceptance of gas development is low. Seele noted that no hydraulic fracturing projects have been approved since 2011, and with 2013 an election year, the situation is likely to be even worse. With environmentalists appearing to have won a victory over nuclear power, Seele said, fracking has “the risk of becoming the next bugbear in Germany.”

While European governments have looked for ways to reduce their dependence on Russian gas imports, Seele questioned whether projects under development that would bring gas from Central Asia and Iran really represent an improvement in energy security for the EU.

Meanwhile, a panel of power sector leaders shared a mix of optimism about their industry and caution about a variety of challenges facing generators. Perhaps foremost among these was the public’s very limited understanding of their business.

John Russell, president and CEO of CMS Energy Corp. and Consumers Energy lamented, “We have to do a better job connecting the value [consumers] get” for their power bill. Without that understanding, getting the public to support substantial infrastructure investments is very difficult. However vital the need for strengthening the grid, consumers often have a hard time connecting that to higher electricity bills.

Tony Earley, chairman, CEO, and president of Pacific Gas and Electric Co., echoed that concern. “We have a critical job as an industry in letting people know” about the importance of infrastructure investment, he said. Earley cited the deadly San Bruno, Calif., gas blast in 2010, in which eight people were killed, as one consequence of failing to convince the public to support it.

Jim Rogers, chairman, president, and CEO of Duke Energy, noted that the problem is not just public perception but also attracting investment dollars. “The current regulatory model in most states is broken for the future because of the significant amount of investment we’re going to have to make,” coupled with flat-to-shrinking demand.

The effect of the natural gas boom was also a big subject of discussion. Rogers noted that low gas prices have completely upended Duke’s dispatch order.

“Our most efficient coal plant [the brand-new $1.8 billion Unit 6 at the Cliffside Steam Station in N.C.], we don’t turn it on until gas prices get above $4.50,” he said.

But with that change comes other problems, Rogers noted.

“The single biggest challenge we have is pressure from regulators to build all gas, all the time.”

And that problem is a real threat to the diversity of the generation mix. “We need to step back as an industry,” Russell said, “and make sure that 10 or 15 years from now, we do have these diverse sources.”

“If you’re an investor, you don’t put all your money in Apple,” he said. “You want to diversify.”

While gas prices may be low now, over-committing to gas-fired generation creates risks for the future, Rogers said.

“The volatility will come back, because the second-highest volatile commodity after electricity is natural gas.”

Asked by GAS POWER how that regulatory pressure was affecting the generation mix, Rogers replied, “If you do resource planning right now, gas always wins.” But, he said, “my fear is that when we get ready to build the three nuclear plants [that Duke is planning], they will say no to building new nuclear, even to replace existing nuclear, but suggest that we build gas.” That’s not a good path for the nation’s generation mix, he said.

The long-term threat to nuclear was a concern for all three. The collapse in natural gas prices, especially in competitive markets, has created real difficulties for nuclear plants, Rogers noted.

Plants that were profitable at prevailing fuel prices 10 years ago, Russell said, are now “competing against $3 gas.” That makes it very difficult to attract investment for upgrades. “It’s a tough business to be in.”

Rogers agreed. “You’re not going to see the modernization in the fleet in a competitive market in the same way you see it” in regulated markets, he said.

All suggested the nation can’t afford to abandon nuclear if the grid is to remain diverse and stable, and that action was needed soon to prepare for the impending wave of plant retirements. With utilities having to plan decades out, decision can’t be made on a near-term window of low gas prices, Russell said.

Suppliers: All in the Mix

Equipment suppliers are also facing challenges in planning for the long term. In an interview with GAS POWER during the conference, Alstom Power’s Senior Vice President of Global Sales Denis Cochet shared some thoughts on the future of gas and renewables.

At the outset, Cochet rejected any suggestions that one form or another would dominate the future. “We believe that all types of energy will be needed.”

Still, gas is certain to play a key role because of its flexibility, and the ability of the most modern combined cycle plants, like Alstom’s KA24, to ramp up and down quickly in response to fluctuating generation from wind and solar.

“For us, we agree that gas and renewables are going together, and the intermittency [of renewable generation] is also driving our research and development.”

Cheap gas is a challenge for renewables, Cochet noted. While acknowledging that subsidies and official support are currently necessary, “The costs will go down” eventually, he said.

Cochet pointed out that while gas is cheaper than coal in the U.S., the opposite in the case in Europe, where cheap coal is pushing out gas. “That’s why the best approach is a portfolio approach. When you are an energy entity, it’s best not to have all your eggs in one basket, but to have a balanced portfolio.”

Asia is a bigger challenge for gas power, because gas is even more expensive—though Cochet expects that the wide spread between U.S. and Asian gas prices will begin to shrink. Asia is still a developing market, which presents different issues than North America and Europe.

Cochet also believes that China will ultimately be the most favorable market for carbon capture and storage (CCS). “They need coal, so they need carbon capture.” This need will pull China ahead of the U.S. and Europe for CCS.

While China is potentially a good market for gas power, Cochet said, this will depend on the nation’s ability to develop its shale gas resources. Even so, “China is currently the largest market for gas turbines.”

While gas turbine combined cycle plants currently make up a minuscule percentage of installed capacity, Cochet is confident this will take off once there is gas available at reasonable prices, possibly up to 5% to 6% of the mix in the near term.

Cochet repeatedly reiterated the importance of maintaining a good balance of resources.

“You need to have design flexibility for any technology,” he said, “because tomorrow you don’t know what your situation will be.”