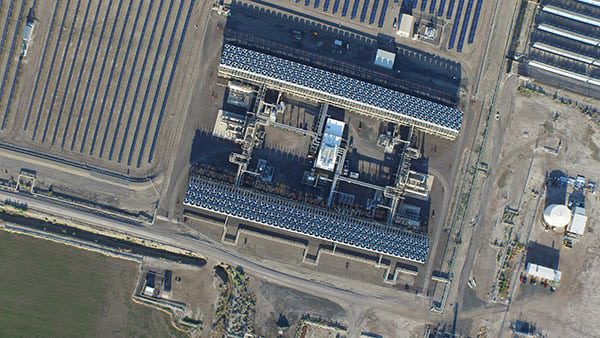 Geothermal energy may not be a large contributor to the U.S. power mix—it provided less than 0.5% of total U.S. generation in 2015—but it is a reliable and dispatchable renewable energy source that plays well with others. And while the concept is old, new technology is making it easier for grid operators to utilize this important resource.

Geothermal technology, though over a century old, is constantly changing. Developments in mapping techniques have improved exploratory practices. Plant adaptations, such as hybrid technologies and the introduction of fully flexible mode, have enhanced operations. And cutting-edge research continues around the globe, with goals of improving plant efficiency and performance. With geothermal technology—arguably more so than with other generating technologies—plant design determines one’s operating options, so we begin with some of the latest plant design innovations.

To establish a plant, first a company must find a suitable heat source. A core area of geothermal interest is risk reduction, because drilling is chancy. One effort to develop a reliable science-based exploration and assessment method for identifying geothermal reservoirs is the Integrated Methods for Advanced Geothermal Exploration (IMAGE) project. Funded by the European Union, the project is redefining geothermal exploration, making the drilling process more precise. With an advanced methodology, IMAGE partners are increasing the likelihood that a geothermal reservoir is discovered during the exploratory phase.

Overall, IMAGE is refining the prediction process through studying reservoir factors like fracture permeability, temperature, and in situ stresses. Once field and laboratory data is fully analyzed and incorporated, it will be used to enhance current geothermal exploration techniques. IMAGE is just one of many studies under way that are revolutionizing the exploratory process involved in geothermal plant creation.

Maximizing the Value of Thermal Energy

Mike Long, senior project manager for the Strategic Consulting department at POWER Engineers—a consulting services and engineering firm headquartered in Idaho—confirmed that technological innovations in geothermal plant exploration and operations are changing the industry. His firm has noticed multiple institutional efforts being made to improve the success rate in identifying new areas of significant geothermal potential and exploratory activities to mitigate resource development uncertainty and cost. According to Long, “The success of these efforts on the resource side drives new power plant projects.”

Long’s firm has seen a focus on better overall use of geofluid energy, resulting in more efficient plants. “In the past, a more conservative approach was taken to install single-pressure steam-condensing plants. We are now starting to see combinations of double- and triple-pressure steam-condensing plants with bottoming cycle binary plants,” Long said (see sidebar “Triple-Steam Cycle Provides Power and Heat in Turkey”).

Flash technologies are employed when the steam that powers geothermal plant turbines carries excessive hot water. A single-flash cycle separates the steam and water before feeding steam into the turbine. In double-flash systems, the hot water pressure is decreased using a pressure regulator, allowing more steam to be produced and raising generation capacity. A third technology, the triple-flash cycle, lowers the hot water pressure following steam separation by double flash in order to separate the steam, though it is less commonly used. Equipment for triple flash is the most complicated, perhaps contributing to its rarity.

According to Long, these combined technologies highlight a shift to better extraction of thermal energy, increasing the amount of generated power. In addition, binary plant technology has seen improvements in its overall thermodynamic cycles, including the optimization of working fluid composition to better match the temperature conditions.

Another innovative project Long highlighted was the U.S. Department of Energy’s Frontier Observatory for Research in Geothermal Energy (FORGE). “This is an early stage program to select a U.S.-based site to develop a center for improving both exploration and utilization of geothermal energy, including expanding the technology of enhanced geothermal systems (EGS),” Long said. According to Long, EGS is a promising new area in geothermal research where a high-temperature geologic area cannot support a commercial facility in its natural state due to a lack of fluid or permeability. The FORGE program will focus on techniques to improve existing geological characteristics to allow for the injection of fluid into the hot zones.

As POWER reported in “U.S. EGS Project Adds 1.7 MW Grid-Connected Output,” the first grid-connected EGS project went online in April 2013. EGS creates an engineered heat exchanger that involves “enhancing” the permeability of deep hot rock “by hydrothermal fracturing, high-rate water injection, and/or chemical dissolution of minerals by drilling production wells to depths of 10,000 feet and beyond where temperatures reach upwards of 350F. A cold working fluid—water, typically—is then allowed to flow through the deep openings in the rock to further crack it and to mine its heat energy. When the water is pumped back to the surface, the resulting steam is used to power a turbine to generate power. The water is cooled again into a liquid and injected back into the ground to repeat the cycle in a closed-loop system.”

When EGP-NA added a 26.4-MW solar PV unit to the geothermal plant in 2012, it was one of the largest PV systems of its kind in the U.S. Integration of the solar system has helped to maximize plant capacity and improve reliability.

Used in tandem, the two technologies complement each other’s strengths, making up for any gaps in productivity. For example, when thermal efficiency in the geothermal unit is lowest—during the hottest and sunniest times of the day or year—solar PV is at its most productive, stabilizing production and enabling a more consistent energy production profile.

In addition, the company developed a 2-MW (17-MW thermal) concentrating solar power system in 2015 to operate alongside the existing Stillwater geothermal power station. Using a 22-row parabolic trough system, which concentrates the sun’s energy by 75 times, the thermodynamic plant adds energy to increase the temperature of geothermal fluid entering the plant and increases the amount of electricity that it can produce.

In terms of plant operations, much progress has been made since geothermal energy was first harnessed in 1904. One recent breakthrough is the ability for geothermal plants to operate in fully flexible mode, which means they can produce electricity at varying levels, according to grid demands. This operating mode gives “flexible” control to power utilities, in contrast to the always-on baseload power traditionally provided by geothermal plants.

GEA member Ormat Technologies Inc. first accomplished this operating mode during 2011 in Hawaii. Since then, fully flexible operational capability has become the single most important quality of a geothermal generator on grids with large amounts of variable renewables.

The site of Ormat’s innovation, the Puna Geothermal Venture (PGV) power plant (Figures 1 and 2), won a GEA 2015 Honors Award. Puna has a capacity of 38 MW, but Hawaii Electric Light Co. can operate up to 16 MW of PGV’s output on automatic generation control (AGC). AGC allows remote control operation via communication between the Puna facility and the Hawaii Electric Light Co.’s system to allow automatic adjustments to plant generation in order to match grid demand in coordination with other facilities, including large volumes of variable renewable generation. Ormat explains that “The communication also allows the plant SCADA system to update the system operator on available capacity and spinning reserves.”

According to Ormat, “This requirement of quick response to changes in power generation while maintaining stable operation of the geothermal resource became the first challenge for the design. The requirement is to quickly turn down generation and quickly turn up generation within reasonable ranges. The solution Ormat settled on was to maintain geothermal fluid flows from the wellfield at relatively steady rates and find ways to provide bypass for fluid or heat around the generation equipment as needed, governed by the power demand from the AGC.”

Geothermal power uses a renewable, baseload resource, but that resource can be subject to lower capacity and efficiency over time. The Geysers in Northern California, which encompasses about 30 square miles, is one example. (See the sidebar “Geothermal and California: Mutually Supportive” for details on geothermal’s potential in Southern California.) The first power produced by the area’s geothermal wells was generated in 1921.

As the plant’s current operator, Calpine Corp., explains, “Throughout the 1970s and 1980s, vastly more steam was produced from The Geysers reservoir than was replaced by the injection of power plant steam condensate. By 1989, accelerated development had caused severe steam pressure decreases in the reservoir, resulting in lower steam production rates. This decline threatened the future sustainability of Geysers power generation.”

To enable future operation of the facility, in 1990, The Geysers, in collaboration with Lake County and the California Energy Commission, developed the 29-mile Southeast Geysers Effluent Pipeline (subsequently lengthened to 40 miles) to deliver roughly 9 million gallons per day of treated wastewater to the Geysers (Figure 3).

Calpine explains that the success of the initial recharging project in maintaining reservoir pressure “provided momentum for a similar project to bring tertiary treated effluent from the Santa Rosa area to The Geysers.” In 2003, the City of Santa Rosa and Calpine partnered to construct a 42-mile pipeline that became known at the Santa Rosa Geysers Recharge Project (SRGRP). “Since 2003, SRGRP has delivered approximately 11 million gallons per day of tertiary treated wastewater to replenish The Geysers’ geothermal reservoir.”

Injection of this wastewater from area communities has improved the sustainability of the Geysers geothermal area while simultaneously reducing the need to discharge the wastewater into local surface waters. ■

—Allie Nelson is a geothermal news and communications specialist for the Geothermal Energy Association. POWER staff contributed to this article.