NIPSCO has said it will close its Bailly Generating Station in Chesterton, Ind., in 2018. Courtesy: NIPSCO 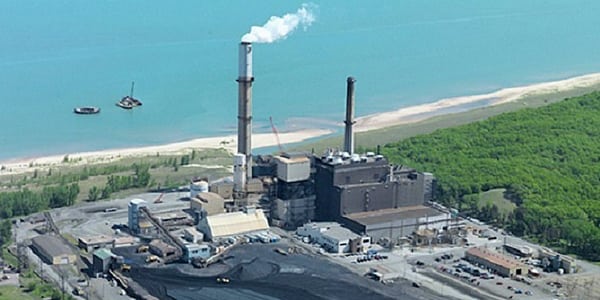 Northern Indiana Public Service Co. (NIPSCO) said it will hold off on installing wastewater pollution controls at its largest coal plant in Indiana as industry groups continue to challenge the Environment Protection Agency (EPA) ruling that led to the installation plan.

NIPSCO asked Indiana regulators in November 2016 to approve a $400 million plan for pollution control systems in order to comply with two 2015 federal rules regulating wastewater along with coal ash storage. EPA Administrator Scott Pruitt in April 2017 said the agency would not enforce deadlines for the wastewater rule, known as Effluent Limitation Guidelines (ELG).

The EPA put in place its “administrative stay” as energy industry groups continue to challenge the rule. NIPSCO cited the stay when it recently said it would drop the part of its plan asking for $170 million from ratepayers to pay for a wastewater system at its 1,943-MW Schahfer Generating Station in Wheatfield, Indiana.

“NIPSCO has made considerable investments to improve environmental controls and other efficiencies that have greatly reduced emissions,” Nick Meyer, NIPSCO’s director of external communications, told POWER. “We believe it is important that regulations strike the right balance between its efforts to protect the environment and its effect on the cost to provide energy to customers. We are paying close attention to what is being decided and have put the investments associated with ELG on hold.

“The parties agreed in a recent settlement to revisit future ELG rules and NIPSCO will comply with federal regulations that become final.”

The ELG rule says utilities have until the end of 2023 to comply with the new wastewater standards, which place greater restrictions on the amount of metals such as mercury, arsenic, and lead that coal plants can release into waterways. The 2015 update to the ELG was the first revision to the rules since 1982.

NIPSCO had planned to install a zero liquid discharge system at Schahfer. The system, which helps power plants eliminate toxic wastewater streams, is installed at only a few U.S. facilities. Indianapolis Power & Light (IPL) is installing the system at its Petersburg, Ind., plant, which is scheduled to begin operating this year.

Thomas Cmar, an attorney with the environmental group Earthjustice, one of the agencies arguing against the EPA’s stay in federal court, told Midwest Energy News that the NIPSCO plan to install the system at the coal-fired Schahfer plant was “a big deal.” Cmar has said environmental groups are concerned that the stay of the rule is an attempt to give the EPA more time to review the ELG rule and eventually weaken or delay the standards.

NIPSCO’s plan submitted to state regulators in November 2016 commits the utility to energy efficiency investments along with retirements of some of its coal units. Though the wastewater part of the plan is on hold, the plan keeps in place NIPSCO’s request for ratepayers to help pay for about $192 million in coal ash handling and storage upgrades at the utility’s three coal plants that are required by the 2015 coal ash rule.

NIPSCO has announced plans to retire its coal-fired 604-MW Bailly plant in Chesterton, Ind., in 2018, along with at least two of its four coal-fired units in Schahfer in 2023. A small natural gas-fired unit at Bailly would remain in operation.

NIPSCO also operates the coal-fired 540-MW Michigan City Generating Station in Michigan City, Ind. The utility has installed about $800 million in pollution control equipment at that facility and at Schahfer in recent years.

NIPSCO in its most recent 20-year planning process said that while closing the Bailly and Schahfer units would be cost-effective for ratepayers, it would adversely affect workers, local economies, and the diversity of the utility’s generation portfolio, which at present includes coal, natural gas, wind, and hydro generation.